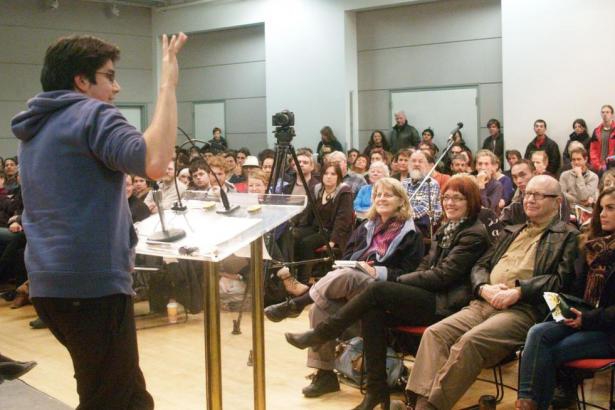 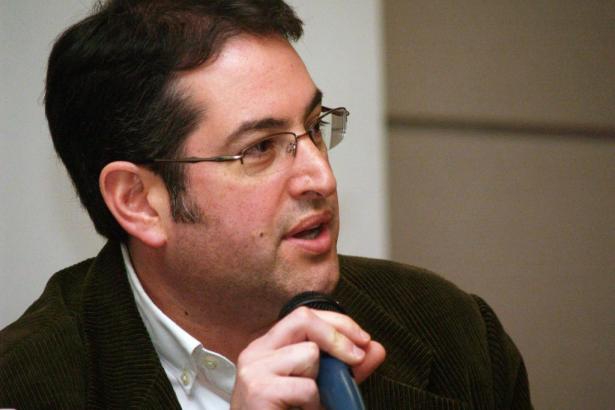 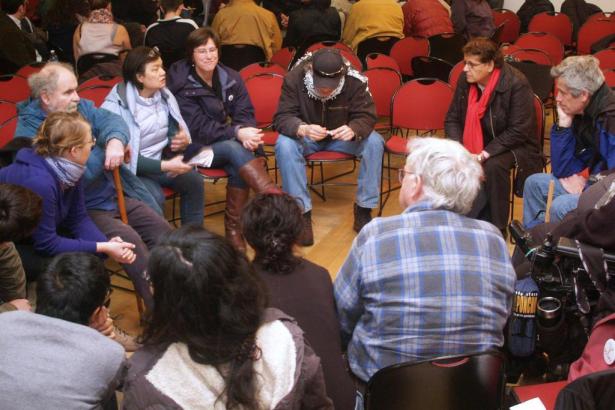 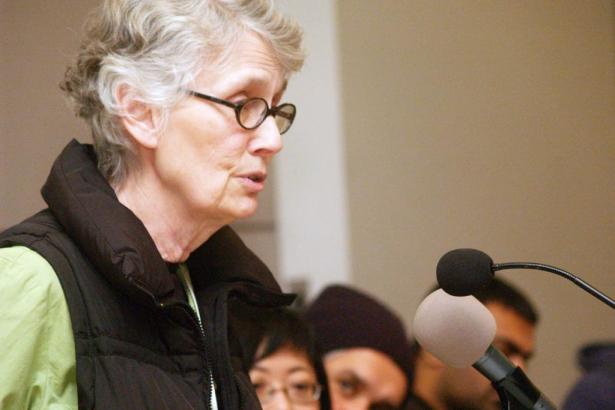 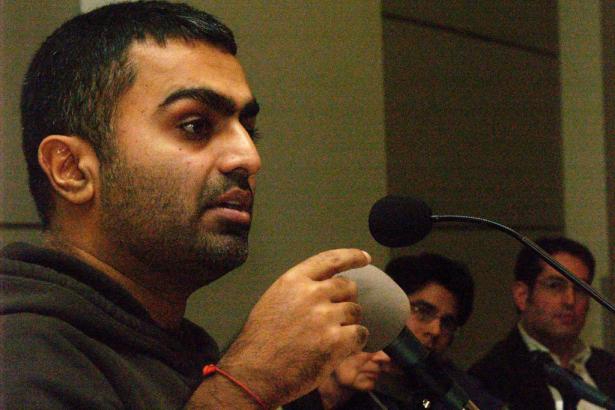 Speakers on the "Who are the 99%?: The Occupy Together Movement" panel, including some of Vancouver's most prominent activist organizers, discussed many facets of the Occupy movement as it makes a transition from tent cities to an ongoing movement for social change across Canada and the world.

“Now Occupy Vancouver – with losing its physical encampment – is entering a new phase in its life,” said panelist Richard Porteous, an organizer with Occupy Vancouver. “One of the things I think is most amazing about the movement is that it's really organic.

“It created a profound sense of empowerment for those of us who never felt any way of making a difference. I vote, but every time, nothing changes. People are talking about decentralizing it beyond the art gallery. We all have a unified goal: we want to change the system.”

Panelists included Porteous, veteran anti-poverty organizer Jean Swanson (coordinator of the Carnegie Community Action Project, and author of Poor Bashing), Seth Klein (B.C. director of the Canadian Centre for Policy Alternatives), Harjap Grewal (regional organizer for the Council of Canadians and member of No One Is Illegal), Glen Coulthard (assistant professor at the University of British Columbia), and Lorene Oikawa (vice-president of the B.C. Government Employees Union).

Occupy Vancouver helped shift the way people talk about inequality in the city, Swanson told the audience. The task ahead, she said, is monumental.

“We really need a huge change in the way capitalism works,” Swanson told the standing-room only audience. “The task of the Occupy movement and everyone else is huge.

“We need a change in this stupid, unfair, cruel, greedy market system. One thing the Occupy movement has done is address inequality in a way the corporate media is unable to ignore. Why should the human right to housing be dependent on the market system when it has totally screwed up?”

The basic message of the Occupy movement – which began in New York with Occupy Wall Street in September, inspired by Vancouver-based Adbusters Magazine, and in Vancouver on Oct. 15 – needs to be pushed to the forefront, said Seth Klein, B.C. director of the left-wing think tank Canadian Centre for Policy Alternatives.

“The whole thing is at a transition moment now, now that the encampments are gone,” Klein said. “In a way, that's a good moment to regroup and refocus.

“My sense is that's what people who came here tonight were looking for. For a lot of people who were galvanized and inspired in those early weeks and who are now wondering, 'Okay, how do we keep this alive and get it focused on issues again.' I hope that it ain’t over – it's going to take new and different forms now and evolve.”

In a format unique for a panel discussion, participants divided into small break-out groups midway through the evening to further discuss issues raised about the Occupy movement – an approach commonly employed during Occupy Vancouver's consensus-based General Assemblies to encourage wider participation. Although panelists followed the traditional panel format with a microphone and podium, several switched to the trademark-Occupy “mic check,” inviting the audience to repeat after each phrase.

Harjap Grewal, regional organizer with the citizen advocacy group Council of Canadians, joked that he was embarrassed to switch formats to a “mic check” in the middle of his address, and after faltering for a moment, encouraged the audience to recite a quote from Indian writer and activist Arundhati Roy, author of The God of Small Things and An Ordinary Person's Guide to Empire: “'Radical change cannot and will not be negotiated by governments – it can only be enforced by people,'” he quoted.