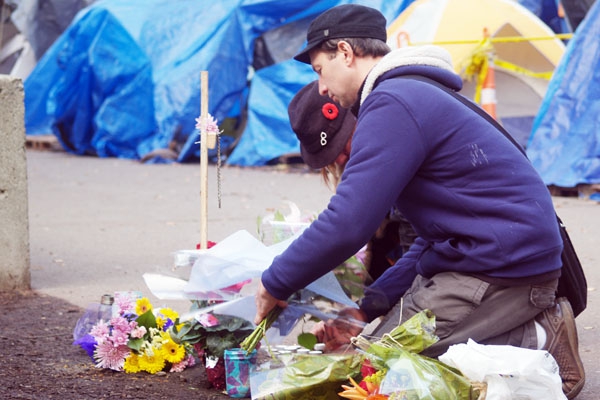 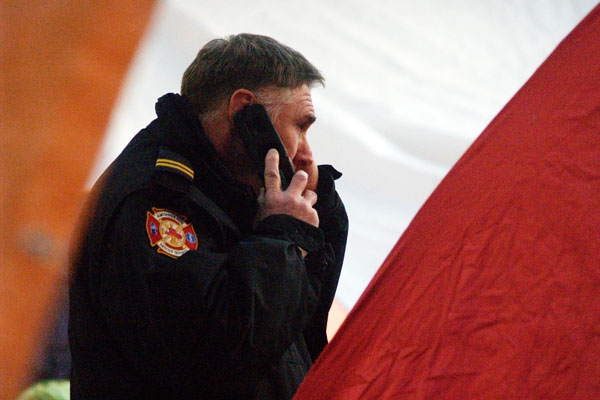 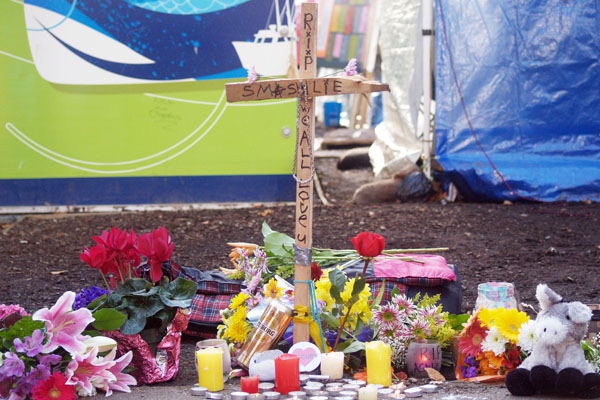 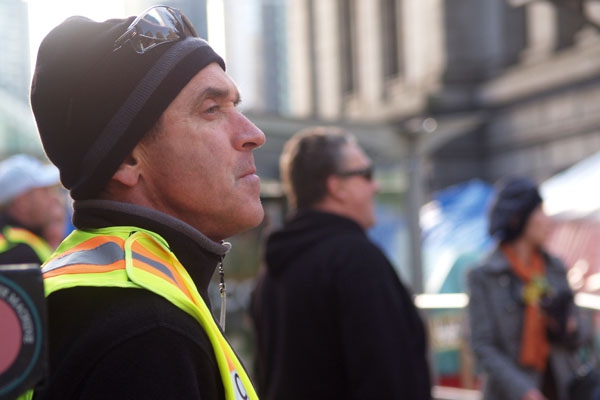 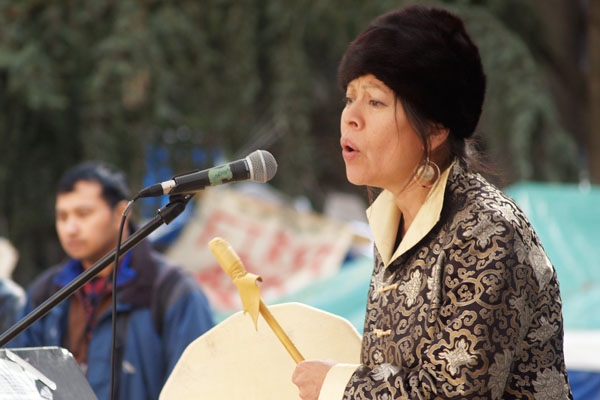 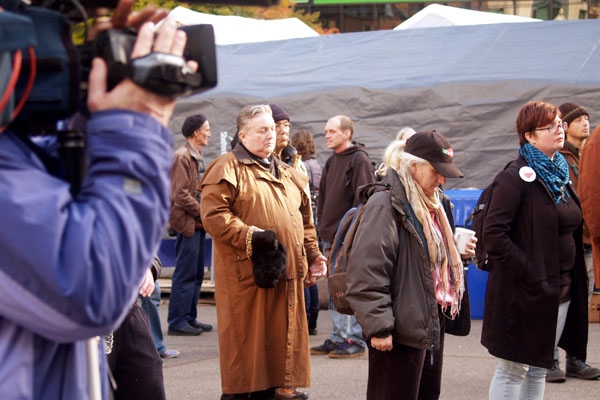 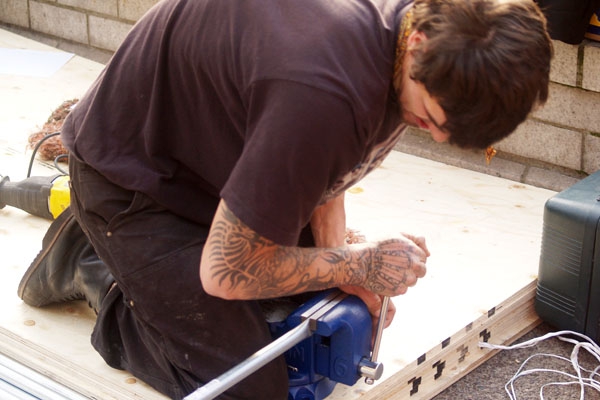 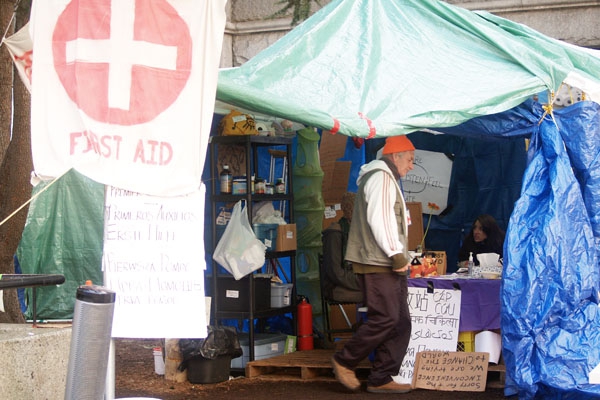 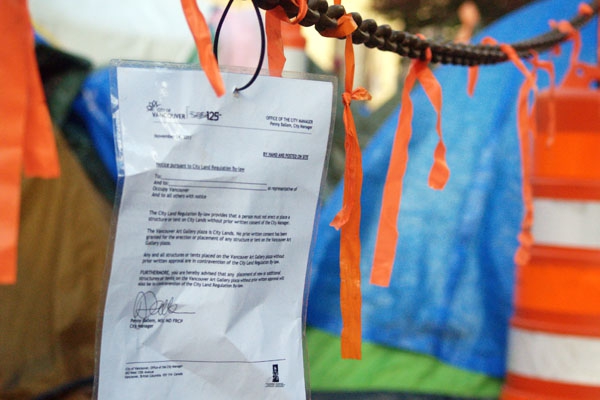 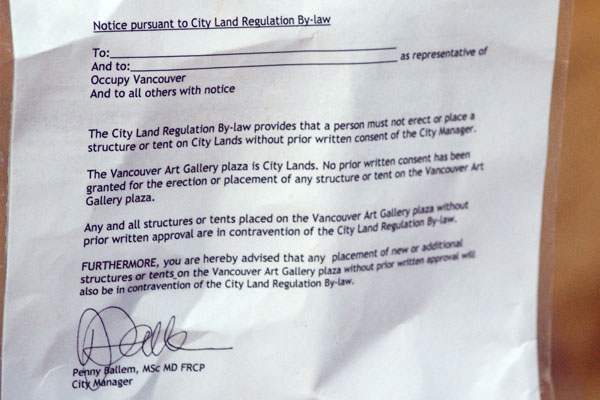 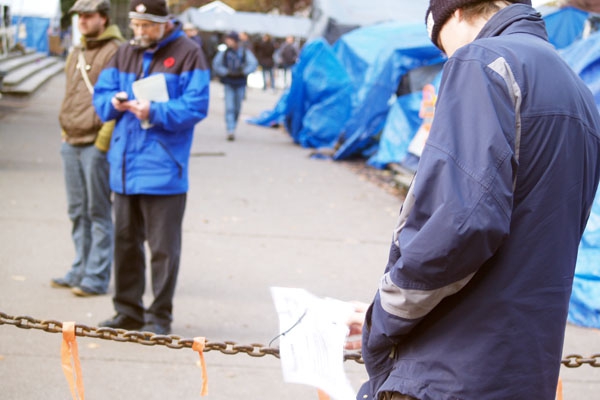 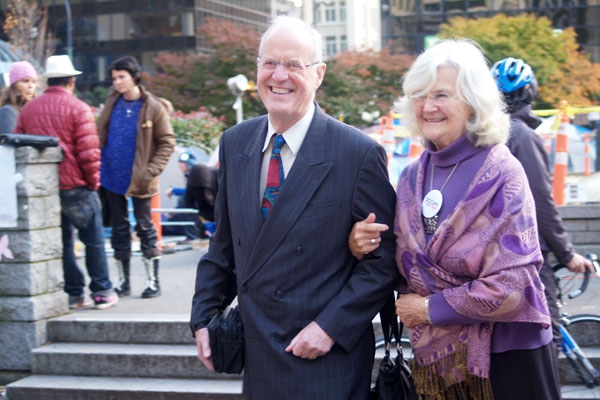 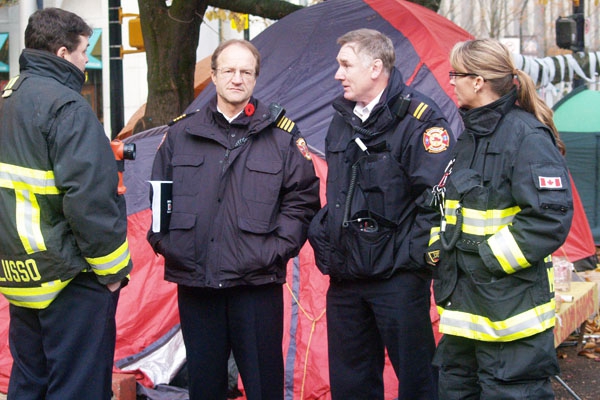 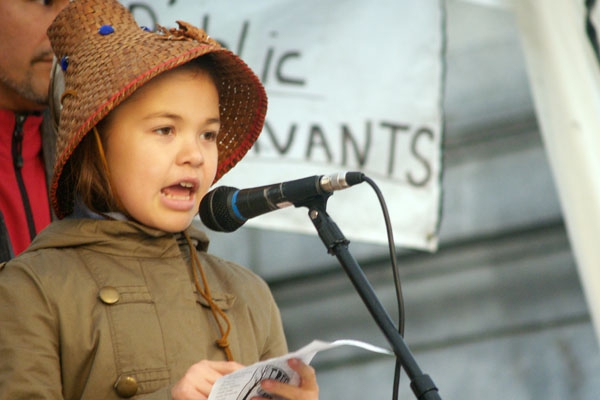 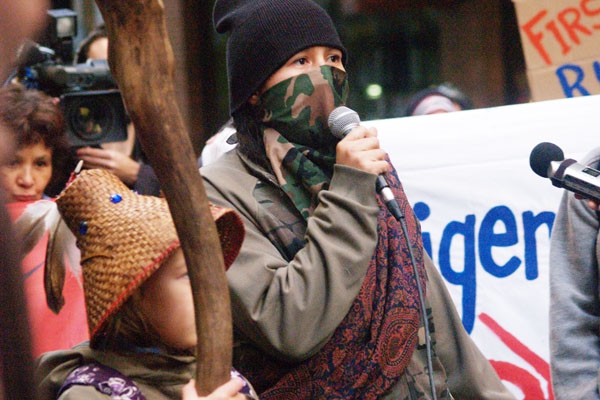 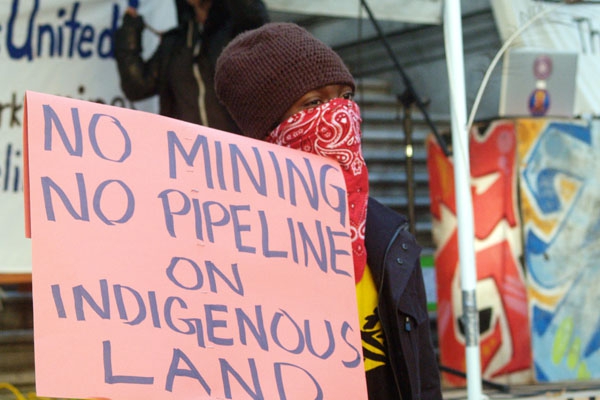 A day after a woman -- now identified by police as Ashlie Gough, 23, of Victoria -- was found dead at Occupy Vancouver, energy at the camp was "thick" as demonstrators debated their next steps, said a camper.

A makeshift shrine, with Gough's sleeping bag, a can of beer and candles, started not far from the camp's medic tent, which last night was joined by nurses from Insite safe injection site, who instructed the group on overdose procedures. Although authorities have still not revealed the cause of death, it was widely believed at the camp to be a drug overdose. Demonstrators are saying that the camp poses less of a threat than alleys where hundreds of overdoses happen yearly.

In the morning, a notice was affixed by city staff at the camp entrance, alerting protesters that legal proceedings have begun to evict the camp and signed by city manager Penny Ballem. Camp medics said they have begun preparations and training in case police use force to shut down the three-week encampment.

By afternoon, the crowd swelled for an Indigenous peoples' rally against mining company practices, at which people from across B.C. decried pollution and lack of consultation on their lands. Several demonstrators wore masks, but left with the march.