Bike lanes will be spared but other 'pet projects' will get the axe, Vancouver mayoral candidate, Suzanne Anton, tells the press. 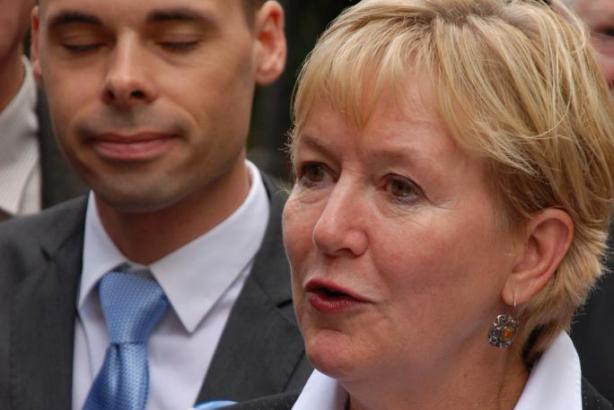 “In 2008, Gregor Robertson inherited a 15 million dollar surplus from the NPA. Current estimates at the second quarter of 2011 project the Vancouver surpluses will exceed seven and a half million dollars. These dollars should go back to you.”

The money would be reimbursed by limiting property tax increases, she said, adding that the NPA would keep housing taxes at “inflation or better” and end the “the bottomless ATM of taxpayers” currently sitting in the council lobby.

“She's flip flopping on her position,” Vision Councillor Raymond Louie said in an interview with the Vancouver Observer.  “In 2007, when I made the motion to return 12 million worth of strike savings that came as a result of the NPA, Anton voted against it. She has some explaining to do why now and not then.”

In 2007, a multi-month citywide services strike resulted in a huge sum of unpaid wages and service costs.

Louie also added that the 7.5 million-budget surplus Anton mentioned was a mid-year speculation and that any extra dollars the council takes in this year will be put into a fund to cover unexpected expenses. And he defended City Hall’s current Vancouver Services Review strategy, which he says has already eliminated hundreds of thousands of dollars of redundancies and is now targeting spending inefficiencies the NPA has made as part of their platform.

Anton, a former crown prosecutor and two-term council veteran, is the sole challenger to incumbent Gregor Robertson whose party all but eliminated the NPA from Vancouver’s political memory in 2008.  The once leading party has struggled ever since, and yesterday cancelled their $225-per plate Sept 27th fundraiser for undisclosed reasons.

The relationship between the sole NPA rep and the Vision dominated council has grown increasingly sour as the campaign has gotten underway. It started earlier this month with a series of NPA sponsored attack ads and rhetoric challenging the mayor's environmental record, blaming him for the hockey riots in Vancouver and accusing his government of being secretive and awash with frivolous spending.

“We will eliminate wasteful green washing programs that do nothing for the environment and make no common sense,” she said. Specific initiatives like Visions’ water meter program, the Greenest City plan, chicken coops and city wheat fields would also be on the NPA chopping block.