Star witness will be scientist allegedly muzzled by federal government. Will she feel free to talk? 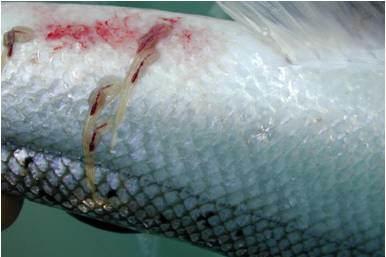 A federal inquiry into the collapse of West Coast salmon stocks will have a chance this week to cut to the controversial question hanging over BC: is salmon farming part of the problem or not?

VANCOUVER -- After months of hearings in relative obscurity, the public inquiry into the decline of sockeye along British Columbia's fabled Fraser River is finally bound to grab some headlines.

Starting Monday, the inquiry will begin hearings into some of its mandate's most sensitive topics: the salmon-farming industry and the science of fish-borne diseases.

The federal commission of inquiry was ordered after a devastating collapse of stocks two years ago and has spent months listening to testimony on a range of issues, from the inner workings of the Department of Fisheries and Oceans to the aboriginal fishing industry.

But the upcoming testimony has prompted commission staff to warn groups participating in the inquiry that seats in the gallery of a federal courtroom in downtown Vancouver will be limited.

Three days of hearings on fish-borne disease will include highly anticipated testimony from a scientist who, critics have alleged, was muzzled by the federal government.

After that, the spotlight shifts to the fish-farming industry, which some environmentalists have claimed could be a major factor in the decline of salmon stocks.

Earlier this year, Dr. Kristi Miller, a genetics researcher with the federal Fisheries Department, published research in the magazine Science that suggested an as-yet unidentified virus could be killing Fraser River sockeye before they reach their spawning grounds.

Recent media reports have claimed Miller has been kept away from reporters at the request of the federal government.

The Fisheries Department issued a statement last month noting Miller will be testifying at the hearings and pointing out her research is publicly available.

While it didn't directly address allegations she's been ordered not to speak to the media, the statement suggested the government prefers her research to come out at the inquiry.

Miller is scheduled to testify Wednesday.

"If she's able to express herself freely in the way that an independent scientist or an academic scientist could, that will be fine. But if she feels, either implicitly or explicitly, that her responses must be constrained in any manner, then that won't be serving the commission well.''

Hutchings has first-hand experience as a government researcher.

In the late 1990s, he was a research fellow for the Fisheries Department looking into the collapse of cod stocks off Atlantic Canada. He and his colleagues produced research that indicated overfishing was responsible, contradicting government theories blaming other factors, such as water temperature or seals.

When the researchers asked to submit their paper for publication, Hutchings said it was delayed with extra layers of scrutiny. The department's director general of biological sciences showed up at his office to discuss the results.

"All of this is not overt suppression, but it's implied and you feel it,'' said Hutchings.

"That was 15 years ago, but everything that one reads about today would lead anyone to conclude that things are worse today.''

John Werring, an aquatic habitat specialist with the David Suzuki Foundation, said he wants to know whether Miller's findings could be connected to the next topic the inquiry will explore: fish farms.

Critics of the fish farming have long alleged the industry damages the surrounding environment and could potentially pass along diseases and parasites such as sea lice to migrating salmon.

"One of the questions that we have is whether this virus that's affecting sockeye is something that may be incubated on salmon farms,'' Werring said in an interview.

Werring said the subsequent testimony on aquaculture, which will feature roughly two dozen experts over more than two weeks, will be "hugely important'' for the commission's findings and recommendations.

In particular, Werring and other conservation groups at the inquiry have been pushing for the release of extensive fish health data from 120 farms located along the Fraser River sockeye's migration route.

Mary Ellen Walling, executive director of the BC Salmon Farmers Association, said it will be up to the commission to determine whether the raw data will be released, though she notes the commission and researchers have access to it.

She also noted the data is routinely handed over to the provincial government, which publishes its own reports.

Walling said her association wants to ensure the data is presented "in context,'' and she said the province's fish farms are hoping the commission will provide a balanced debate to help the public understand the industry's position.

"We do understand that there's a lot of passion around wild salmon, and we share that as British Columbians,'' she said in an interview.

"I think it's fair for people to ask questions and we're trying to be as active and open as we possibly can to provide answers. But there's been a lot of theatrics around salmon farming in British Columbia and other parts of the world. We want the process to be shown the respect it deserves and we're going to be very interested in hearing some of the testimony the experts have.''

Stan Proboszcz from the conservation group Watershed Watch said whatever evidence the inquiry hears in the coming weeks _ whether about diseases, fish farms or sea lice _ anyone hoping for a simple answer about why salmon stocks are declining will be disappointed.

"It's kind of the death of a thousand cuts. Science is pretty complicated and I really doubt that we're going to find the smoking gun.''

The inquiry, overseen by commissioner Bruce Cohen, was appointed by the federal government after millions of sockeye salmon failed to return to the Fraser River as expected in 2009.

Alexandra and the golden straitjacket