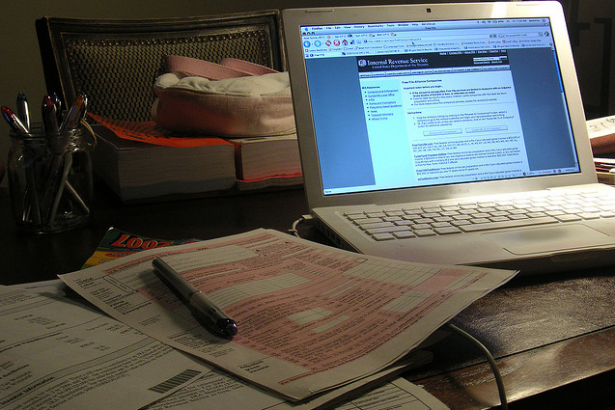 Now that Canada Post is functioning again, it's time to decide about the Harmonized Sales Tax (HST).  Should you vote to keep the tax, or should you vote to give it the boot?  You may have formed opinions based on emotional reactions for against the tax, but like me, you may have also puzzled over whether you really understand what it is.  Or what life will be like without it. If it gets nixed, when will it go away? (Even the anti-HST campaign people I talked with said they didn't know.)  What will replace it?  More importantly,  beyond the spin for and against the tax, what is HST?

I'm a university-educated person, but like many people who excel in literature, I don't enjoy working with numbers. But whatever the case, like you, I'm no dummy and I get the basics of math.  Still, after 20 hours of reading pamphlets, websites, and listening to interviews and panels on the HST, I'm still a bit murky about how it all works. Many aspects of the HST may be unclear to you, too, even as you are called on to decide the financial future of the province. So here's my attempt to explain a mystifying tax in simple terms.

The exact wording you will encounter on your HST ballot reads as follows:

"Are you in favour of extinguishing the HST (Harmonized Sales Tax) and reinstating the PST (Provincial Sales Tax) in conjunction with the GST (Goods and Services Tax)?"

Isn't that counter-intuitive? I think so. Voters are asked to vote No to support the tax, and Yes to abolish it. So be sober when you cast your vote or you may end up voting contrary to your intentions.

What the heck is HST anyway?

When first introduced, the HST combined the five per cent federal Goods and Service Tax (GST) with the seven per cent Provincial Sales Tax (PST) to make one 12 per cent Harmonized Sales Tax (HST).

It was introduced into legislation last March. Then-Finance Minister Colin Hansen viewed the HST as a good option, as it would cut an estimated $2 billion in business costs and encourage economic growth.

Has the cost of living in B.C. risen since HST went into effect?

Both sides agree that an average household spends at least $350 more per year under a 12 per cent HST than they did under the GST and PST system. HST adds tax to purchases that were previously exempt from PST.

As most people found, daily expenses became more costly after the HST was introduced, because costs that used to be PST-exempt were suddenly hit by a 12 per cent HST.

For example, restaurants: in the past, people were only charged GST (five per cent) on the food portion of a bill, while both GST and PST were paid on alcohol. Under the HST, the entire bill is subject to a 12 per cent tax.

Here's a quick list of items that used to only be charged 5 per cent GST, which are now charged 12 per cent HST:

Of course, there are still expenses that are exempt from HST -- residential rent, basic groceries such as bread and produce, as well as children's clothes and footwear. HST also does not apply to feminine hygiene products or on public transit fares.

What's the difference between the two taxes?