A Hundred March to Stop Sri Lankan Violence Against Tamils 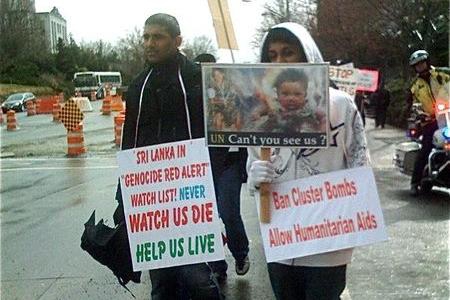 Starting at City Hall, some hundred or so people marched down Cambie Street today at around 2 p.m., shouting slogans asking for Canada to help protect the Tamil population from genocide in Sri Lanka.

The march, organized by the Canadian Tamil Congress (CTC) was headed over the Cambie Street Bridge with the Vancouver Art Gallery as its final destination.

As the rain stopped and the sun came out, and police looked on, children and adults formed a long line that snaked through the construction barriers on Cambie.

Here is a statement from the Canadian Tamil Congress: "It has been 26 years since the war in Sri Lanka began. Since that time, over 100,000 Tamil people have been killed.

On Saturday, March 28, 2009, in Vancouver City Hall, we will gather and then walk together as a group to demand an end to the Sri Lanka Government’s Genocide of Tamils. With your help, hundreds, and possibly thousands of people will come together to march for an end to this unacceptable suffering of Tamils.

Peace is urgently needed because in the last two months alone over 3000 innocent civilians have been killed, many of which were children and hundred thousands seriously injured.

The conflict in Sri Lanka has reached its most critical stage, the government squeezed 300,000 civilians into a small 'safe zone', where they are dropping cluster bombs and firing multi barrel rocket launchers from all directions into this area: the civilians have no place to run and no place to hide." 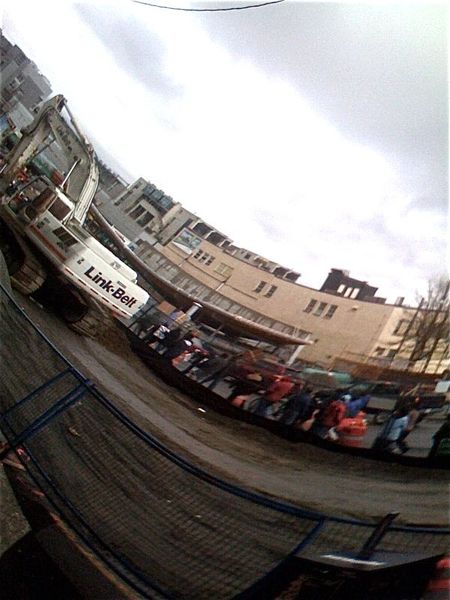 Vancouver Tamils march down Cambie and call for peace