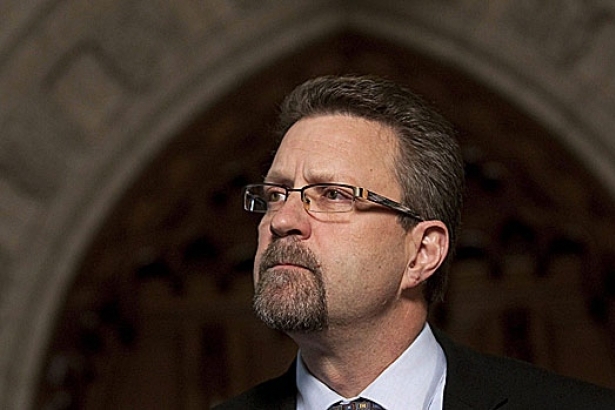 Chuck Strahl in a photograph by the CBC

Two weeks before the December 19, 2013 decision of the National Energy Board’s Joint Review Panel on the Enbridge Northern Gateway Pipeline Project, Strahl and his firm – Chuck Strahl Consulting Inc.– registered as a B.C. provincial lobbyist and listed the Enbridge subsidiary as his client starting December 6. 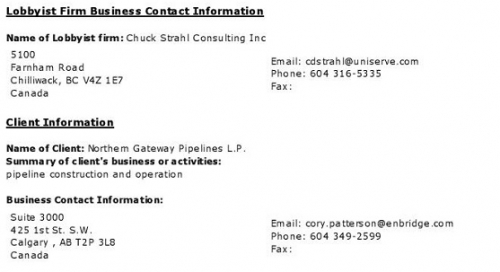 Strahl’s registration declares that he is targeting B.C.’s Minister of Natural Gas Development, Rich Coleman, to arrange a meeting with representatives from Northern Gateway Pipelines on the subject of “Energy”. Strahl stated that he is lobbying on their behalf until June 2014.

"I do some contract work for Enbridge," Strahl told the Vancouver Observer. "I've registered just in case I arrange a meeting, but no meetings to report".

Strahl is a former Conservative Member of Parliament for the B.C. riding of Chilliwack-Fraser Canyon and was first elected in 1993. While in federal government, Strahl served as Minister of Agriculture, Minister of Indian Affairs and Northern Development, Minister of Transport and Deputy Speaker of the House of Commons.

Strahl retired from politics in 2011 and was appointed by Prime Minister Stephen Harper to head the non-partisan and independent Security Intelligence Review Committee (SIRC) on June 14, 2012 for a five-year term.  He also serves as Director and Chairman of the Conservative party's Manning Centre, an organization "dedicated to building Canada's conservative movement".

Strahl replaced disgraced Chairman Dr. Arthur Porter, who is currently in a Panamanian jail facing a range of charges from money laundering, to taking kickbacks and conspiracy to commit fraud while acting as a middleman for SNC-Lavalin and other private business interests.

The Security Intelligence Review Committee reports to Parliament on all activities undertaken by CSIS – and with the exception of cabinet secrets, Strahl’s position affords access to all intelligence gathered by the organization.

Strahl’s move to represent Enbridge confounds prior assertions which downplayed the circumstantial relationships between CSIS, its oversight committee and the private sector. Former CSIS Assistant Director Ray Boisvert said at one point to the Vancouver Observer that “there is no collaboration between intelligence organizations and private industry. That is against the law”.  Boisvert retired from CSIS in 2012 and is currently a security consultant in the private sector.

Last week, a new ad promoting oil pipelines appeared ahead of my favourite new song on YouTube. It featured a pair of actors having a simulated ‘real-life’ conversation about the paradox...
Emma PullmanApr 6th, 2013 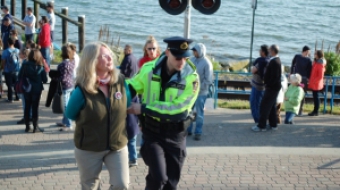 Citizens engaging in peaceful protests are increasingly under surveillance for "non-violent attacks" to Canada's security, documents reveal.
Mike Chisholm and Jenny UechiFeb 22nd, 2013
Speak up about this article on Facebook or Twitter. Do this by liking Vancouver Observer on Facebook or following us @Vanobserver on Twitter. We'd love to hear from you.