It's been 70 years since a report called for medicine to be covered by national health insurance. After many campaign promises, why doesn't Canada have universal pharmacare? 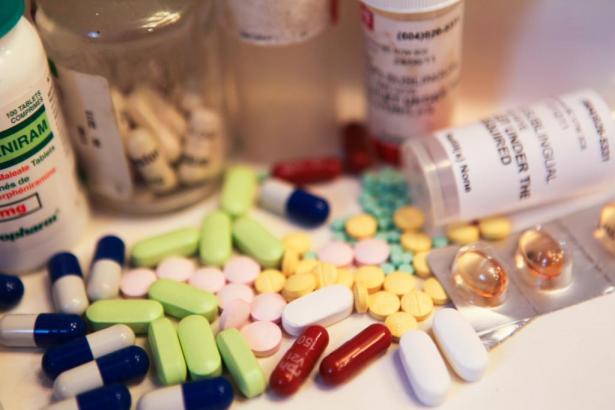 This year marks 70 years since a federal commission called for drugs to be included in national health insurance. But after numerous election campaign promises – and many people not covered by private plans such as Blue Cross – why doesn't Canada have pharmacare?

Increasing prices and cost of living have pushed drug prices out of many Canadians' reach, according to a study released this week – particularly in B.C. where one in six residents cannot afford to fill their prescriptions. In the wake of this week's premiers' health care conference, the Vancouver Observer investigated drug costs.

“We hoped to highlight just how many Canadians are having trouble affording the costs of their medicines,” said Dr. Michael Law, author of a report published this week in the Canadian Medical Association Journal. “(Pharmacare) would help us with affordability problems, and it would almost certainly save us money.

“A universal drug plan could do both – it could reduce the cost people pay at the pharmacy, as well as the cost (to the system) overall, if it were designed to do both of those things.”

Law – an assistant professor at the University of British Columbia (UBC) and on faculty with UBC's Centre for Health Services and Policy Research – said the pharmacare debate has, in fact, been simmering for 70 years. But despite decades of election promises from nearly every political party, little progress have been made because of systemic “inertia.”

But 1942 also saw the first in a long line of health commissions – all of which would call for a universal drug insurance to offer affordable medicines to Canadians, as part of a public health system.

Dubbed the 'Heagerty Commission' after its chair, the Advisory Committee on Health Insurance's findings were never heeded – the beginning of a chain of inquiries and commissions which recommended pharmacare but were ignored.

Price of drugs double that of the U.S.

“Today, we have patchwork of coverage,” Law said. “In B.C., technically no one is uninsured – but Fair PharmaCare only covers you if you spend a certain percentage of your income on drugs.

In fact, although brand name drugs tend to be slightly cheaper in Canada than the U.S. – and the government regulates prices based on international averages, Law explained – generic medicines are substantially more expensive than the U.S., and among the highest in the industrialized world.

One comprehensive study of drug prices (PDF) found that generic medication costs more than twice as much in Canada as the U.S. Examining the 27 most popular drugs, the 2002 Palmer D'Angelo Consulting Inc. study found that some generics cost up to a staggering six times more here.

That study argued the costs were driven by a lack of competition amongst pharmaceutical companies in Canada – the entire market being dominated by two giant corporations, Apotex and Novopharm (now Teva) – as well as federal and provincial over-regulation.