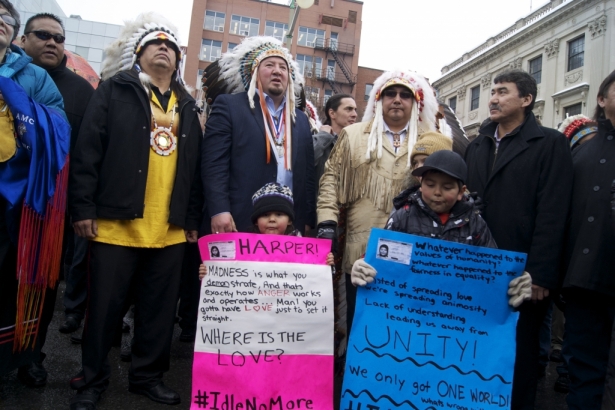 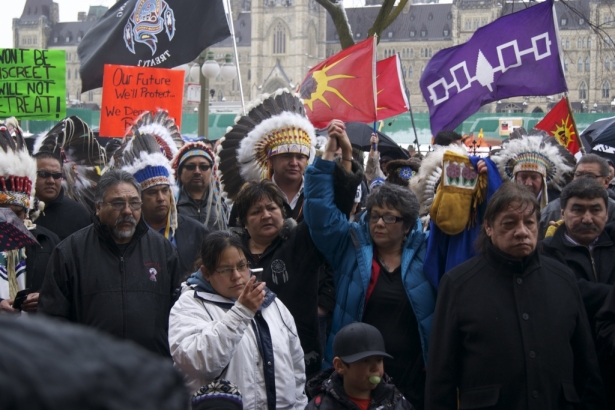 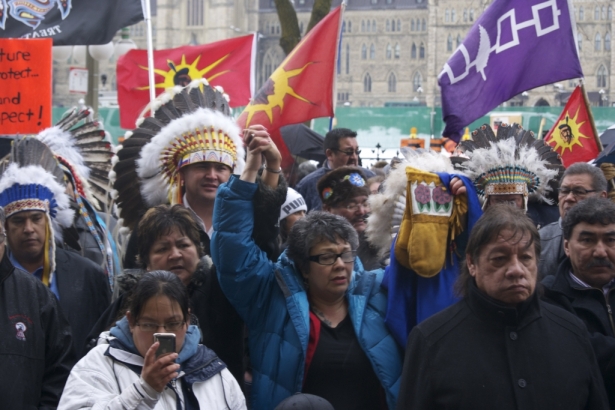 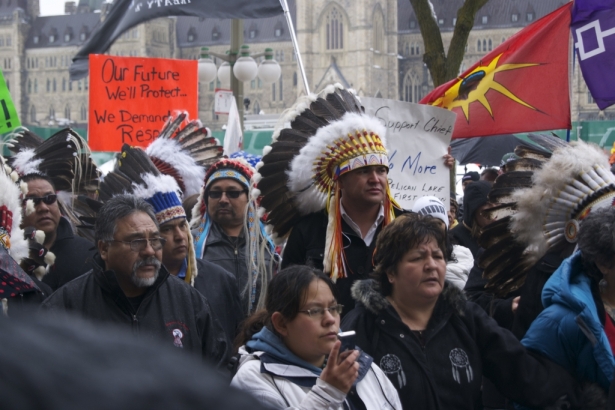 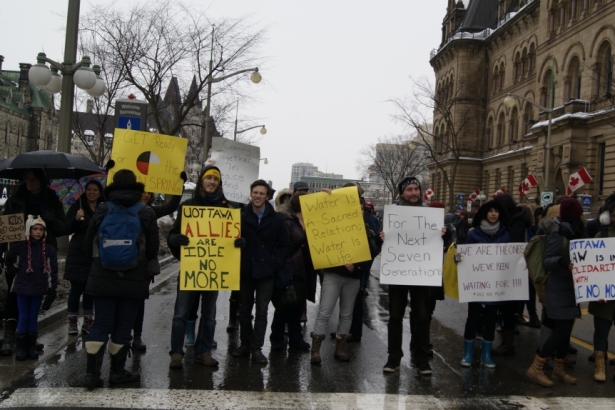 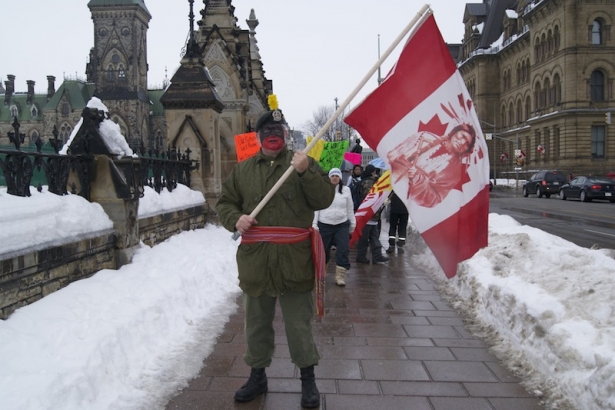 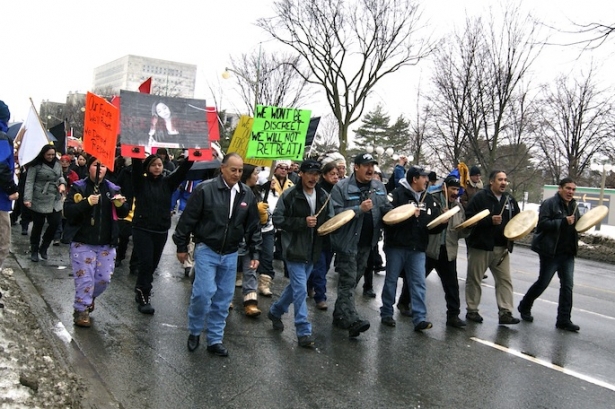 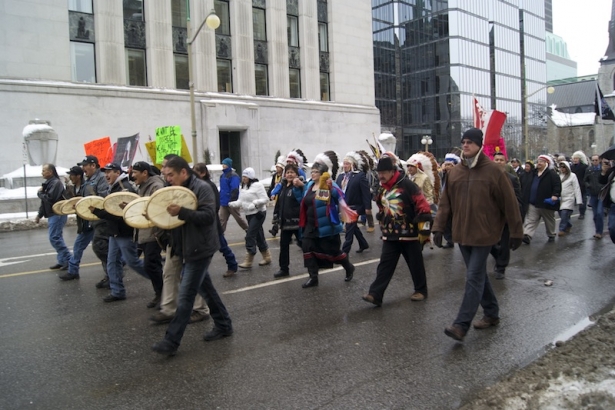 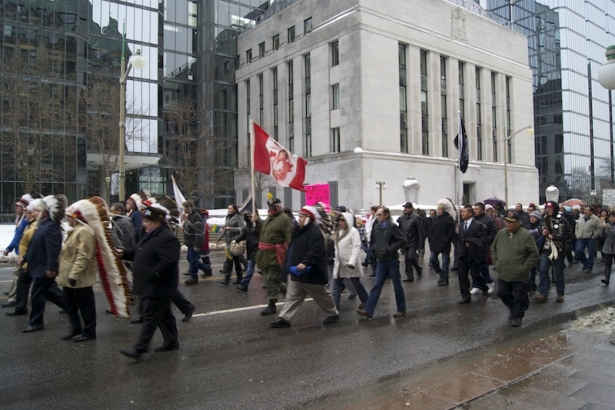 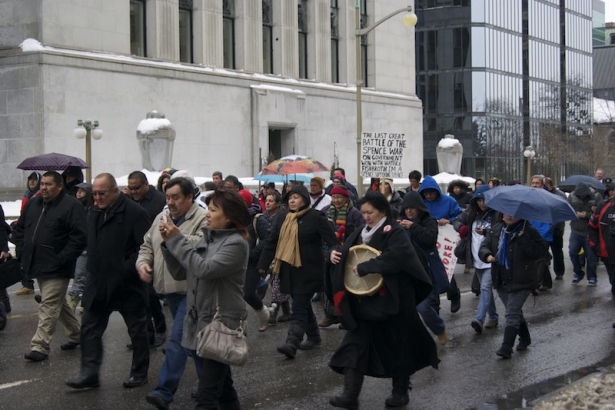 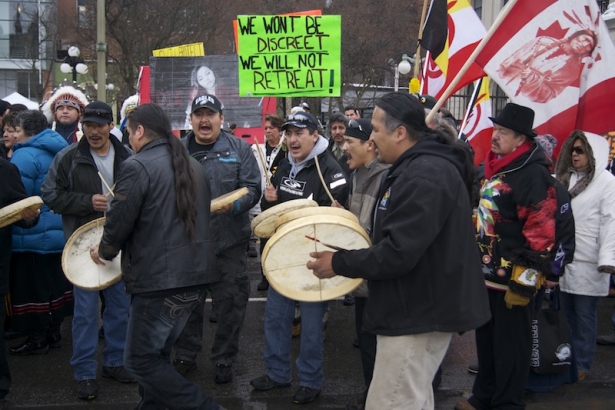 While First Nations chiefs meet with Prime Minister Stephen Harper in Ottawa, thousands of protesters rallied in front of Parliament Hill this afternoon as part of the Idle No More movement.

Idle No More demonstrations occurred across the country today in support of Attawapiskat chief Theresa Spence, who has been on a highly publicized hunger strike for one month in order to draw attention to First Nations issues across the country, including inequality, poor living conditions, and lack of access to resources.

Protesters began marching from Victoria Island, where Chief Spence has been living in a tee-pee this past month, and made their way to Parliament Hill.

Chiefs in headdress addressed the crowd and media, expressing support for Chief Spence, and emphasized the importance of protecting treaty rights and waterways. 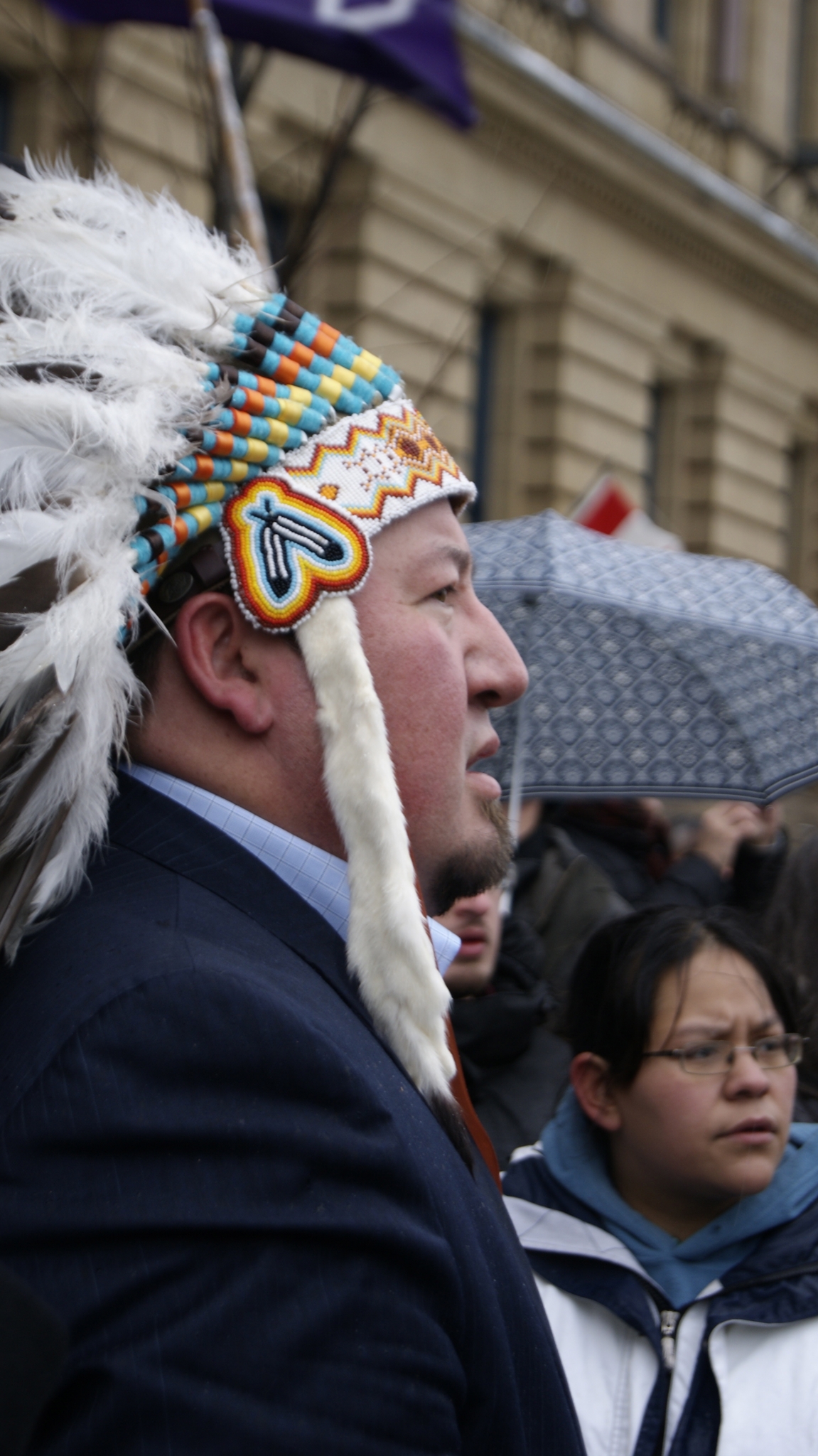 The protestors in Ottawa blocked the Prime Minister’s office for a short time, then circled around the block drumming and chanting.

Heavy rainfall did not deter the protestors, as they continued to chant in front of the Prime Minister’s office, and even knocking on the door. 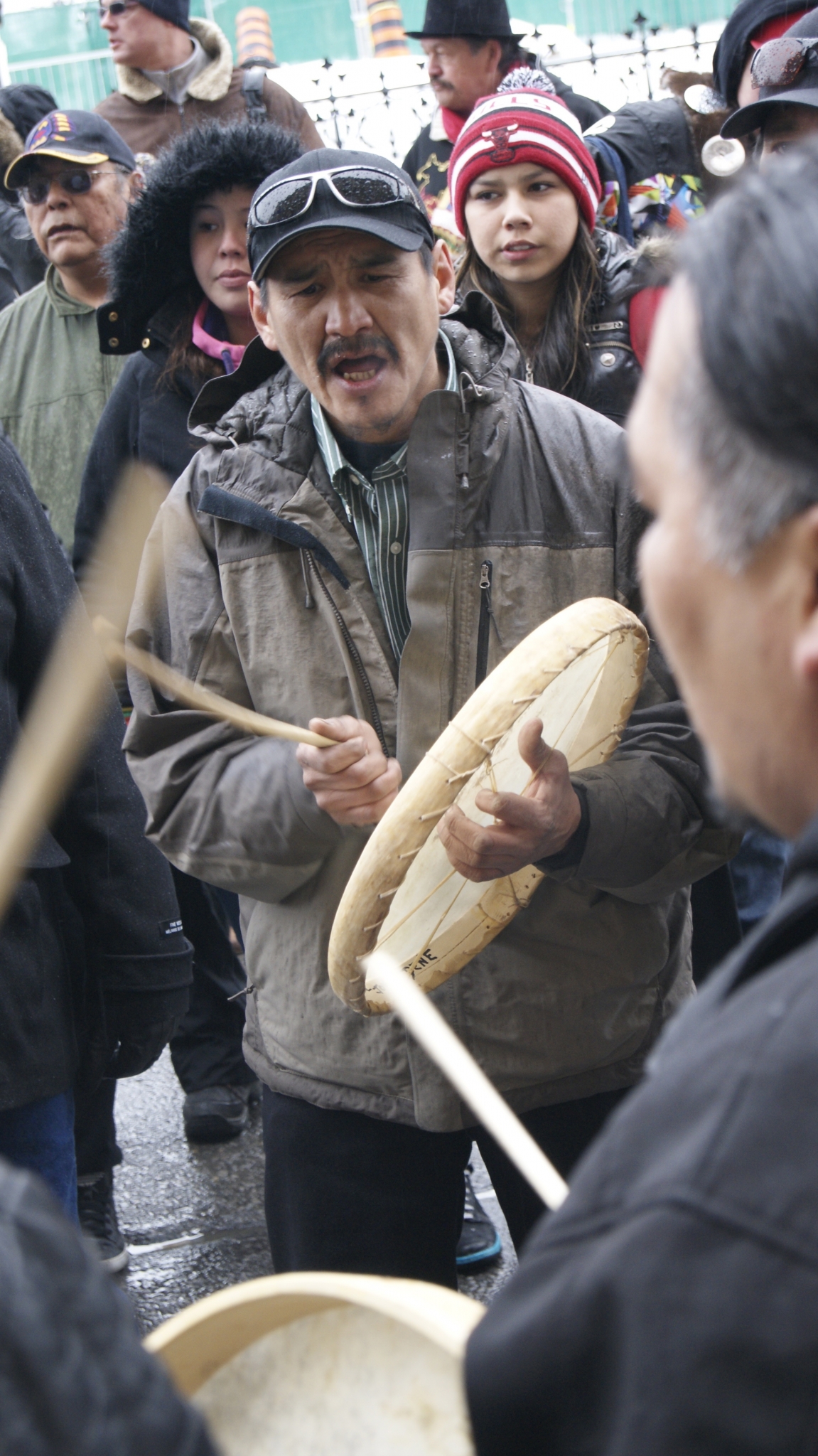 It’s unclear how many First nations chiefs are attending the meeting with the Prime Minister, but Chief Spence and the two others on a hunger strike have declined to attend.

A meeting between First nations Chiefs and Gov. Gen. David Johnston has been scheduled for later this afternoon, and Chief Spence has said that she wants a meeting with the Prime Minister and the Governor General in one room.

A spokesperson said that Chief Spence will continue her hunger strike, until she meets with both the Governor General and the Prime Minister.