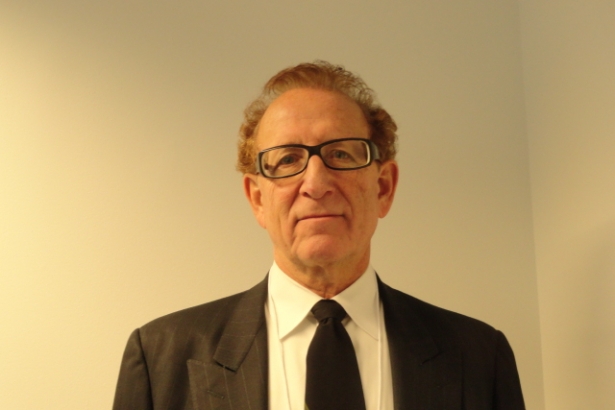 Some of the most damning evidence of the Enbridge Northern Gateway Joint Review Panel (JRP) hearings this morning was presented by a former BC Hydro CEO and deputy minister of energy for both Manitoba and Ontario.

“It is my contention that Enbridge has submitted marketing propaganda masquerading as economic analysis because of the one-sided, self-serving private benefit picture the proponent has presented. Therefore the public benefit test is not being met and therefore the project is not in the public interest,” Marc Eliesen, a career executive in the Canadian energy and utility sector, told the panel.

Along with the presidency of BC Hydro, Eliesen sat on the board of Suncor Energy and was former CEO of Manitoba Energy Authority and Ontario Hydro. In total, he has worked for seven governments and nine ministers of the crown.

His assessment of the Enbridge plan was blunt, noting that "bogus economics with misinformation" was being used by the proponent, by the oil industry and by governments of Canada and Alberta to justify the Northern Gateway pipeline project.

He said in the case of the Enbridge Northern Gateway pipeline, the proponent submitted a 30-year scenario, which assumed one constant fixed exchange rate for over 30 years.

"I have sat as director on a number of company boards, including Suncor Energy, and I can easily state that if management had forwarded only one scenario for any project, without sensitivity analysis, they would be quickly dismissed."

Eliesen said his analysis is based on his energy background and having read and analyzed the Enbridge application to the National Energy Board, including the economic benefits case. He emphasized that he has followed the information request process and reviewed responses from Enbridge, and reviewed the statements and cross-examination on economic matters discussed at the JRP hearing in Edmonton. In his view, it’s clear due diligence on the Northern Gateway project has not taken place.

“The case that has been presented to this panel is not professional, it is not reliable and it is not believable,” Eliesen said.

“The lack of professionalism reflected in the due diligence business case exposes this project as unsupportable on the basis of economic and business criteria.”

David Benton, a former economist in Alberta and currently working as a project manager in the Hartley Bay area, told the panel that First Nations'  culture is "inextricably linked to the territories they've known for centuries."

“If this project were to proceed [...] it will be genocide for that (Hartley Bay) community," he said.

Environmental consultant Ann Pacey also raised serious environmental concerns about the pipeline project while Surrey resident Neville Gosling was one of many speakers who reminded the panel about the oil spill on the Kalamazoo River and the inadequate response from Enbridge.

“It is not surprising that British Columbians do not trust Enbridge or pipelines,” Gosling said. “I do not believe we should allow (oil) tankers the size of Empire State Building and foreign owned by BC waters.”

Pia Massie of Vancouver brought her son to the hearings to reinforce the responsibility of each generation to protect the water, air and land of British Columbia.

“Thirteen years ago my son was born in New York City. Then 9/11 happened,” Massie told the panel.

“I wanted my child to grow up in the most beautiful place I had ever known on earth. The Enbridge pipeline is a project so toxic that it has brought global shame to Canada.”

The JRP hearings continue all this week in Vancouver at the Sheraton Wall Centre. It will resume the final week of January in Vancouver before moving to Kelowna January 28.

Learn more about the controversy. "Extract: The Pipeline Wars, Enbridge".  Buy it here.