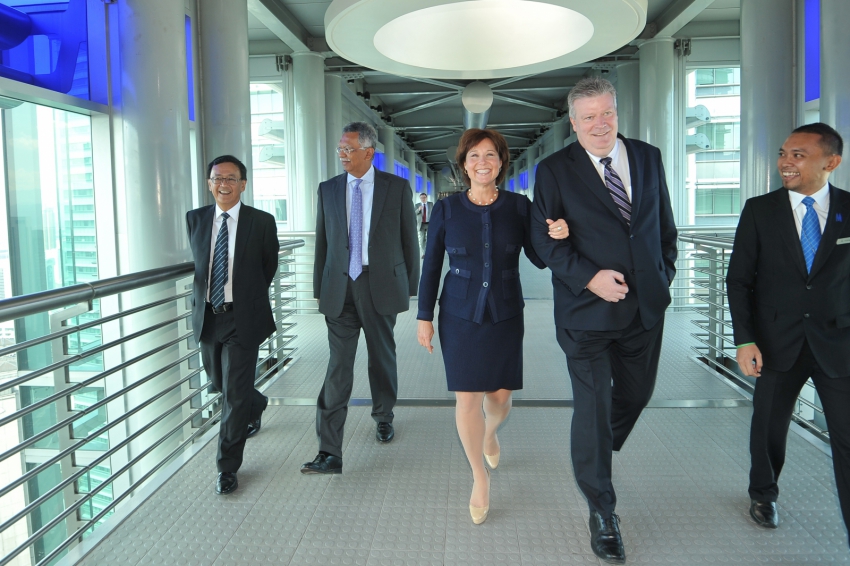 Last week, the CEO of Malaysian LNG mega-producer Petronas warned that the company would likely not proceed with its proposed $11B LNG plant in Prince Rupert.  It's total hoped for investment in B.C., including gas plants and pipelines, exceeds $36-billion.

Mr. Abbas chided the B.C. government for the “lack of incentives” supporting his company’s project and hinted that BC’s glacial pace of regulatory approvals had lost it the race to supply Asian LNG markets.

Similarly, Apache Corp. jettisoned its stake in a large-scale LNG plant in Kitimat, leaving Chevron looking for a replacement partner and threatening to exit if it doesn’t find one.  Gas-driller Encana announced it is selling its gas plays in the Barnett shale formation.

In the almost three years since Premier Clark declared B.C.’s LNG industry “the opportunity of a lifetime” - not a single LNG project has reached the “Final Investment Decision” commitment point.  It leaves the B.C. government looking silly, as both the Canada West Foundation and the Canadian Centre for Policy Alternatives warned last year.

You may well ask why this widespread reluctance to commit to LNG. Bargaining tactics may be one reason, but look no further than the landed price of LNG in Asia for a more pressing reason.

The Asian spot market price has plummeted from the dizzy heights of $18.50 per million British Thermal Units (mmBtu) in 2012 to its current level below $11/mmBtu - a level which, if sustained, would yield very slim pickings indeed for these companies, that have far richer veins of opportunity to tap with their scarce capital.

Industry experts think that $10/mmBtu is the break-even pricing for Asian LNG i.e. no profits!  Though longer-term contract prices are higher, customers are reluctant to sign these in a marketplace with rapidly declining prices.

It should be no surprise to any BCer that commodity prices fluctuate, sometimes very rapidly, and that investment decisions in commodity industries usually reflect a longer-term view of the prospects of a favourable average price over the lifetime of an investment decision.

But here’s the rub!  For several reasons, the market expects an LNG over-supply situation to persist in the Asian market for the next 10-15 years, until some of those older LNG plants wear out.

This is why Petronas’ CEO also talked of BC needing to park its plans for 10-15 years to await better market conditions. 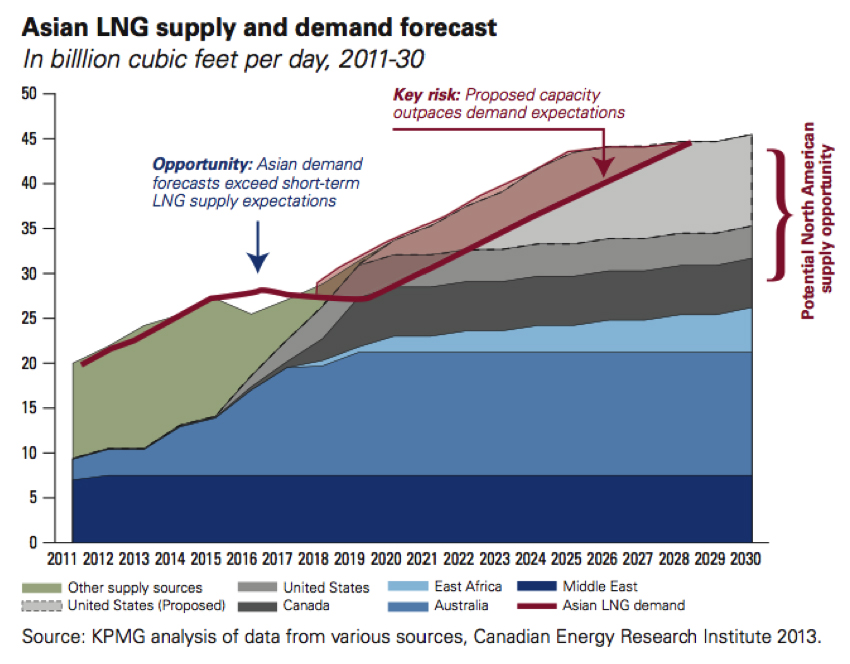