What’s in a name? Time to move beyond “British”? 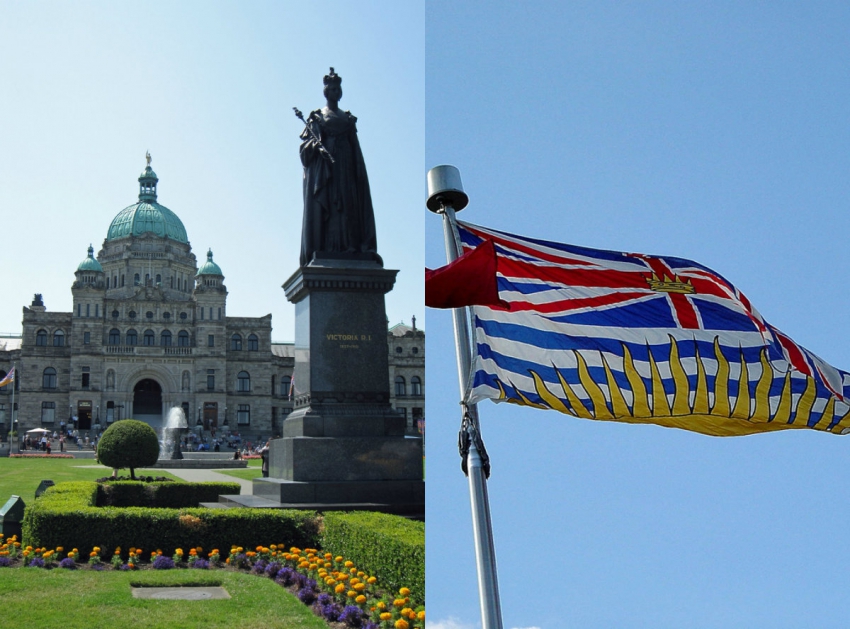 “What’s in a name?” asks Juliet to her lover in Shakespeare’s famous play. Well, contrary to Juliet's musings, it turns out that there is a great deal of meaning in a name… Last week I had the pleasure of speaking with a local historical geographer about BC history and the irony of many place names in Canada that inaccurately project a uniquely aristocratic northern European heritage. The discussion revolved around the question of whether it is time to consider a new name for British Columbia, and if so, what could that be?

To many current residents, “British Columbia” sounds like an out of date tribute to a long lost empire. Our province's name was chosen by Queen Victoria in 1858, and refers to its origins as the British controlled leftovers of what had been the Columbia District fur trading zone controlled by the Hudson's Bay Company (a company created by royal charter in 1670), extending north and south across indigenous land around the Columbia River basin.

In 1871, Victoria was designated as the provincial capital, beating out New Westminster, and BC became the sixth province of the Dominion of Canada. Our fantastic Latin motto is Splendor sine occasu ("Splendour without Diminishment"). If that is indeed our motto, then keeping a long lost connection with an inbred British monarchy (German aristocracy, in fact, as Queen Victoria was a Hanoverian), surely diminishes the splendour of our tremendously dynamic provincial history.

While former colonies like British Guiana (Guyana since 1966), British Honduras (Belize since 1973), and the Thirteen Colonies (United States of America since 1776), all opted to throw off the colonial lexical yoke and exorcised “British” from their names, the shameful epithet of colonial enterprise still follows us like a shadow in BC.

Small, encouraging steps were made in 2010, with the official renaming of the Queen Charlotte Islands as Haida Gwai, and an unofficial renaming of the Georgia Straight and Puget Sound as the “Salish Sea.” The next logical step in recognising BC history of BC as distinct from an Anglo-Teutonic monarchy is to rename the province to reflect its past and present history and demography.

Of course, the indigenous nations that lived here for thousands of years prior to smelly European sailors arriving in boats have played a preeminent role in the province’s history. As have more recently arrived nation builders from South and East Asia, particularly the Japanese and Chinese immigrants who helped to build the modern province in the 19th and 20th centuries. “British Columbia” ignores the history of this place and the history of the people who have created it. So, with this mind, what about choosing a new name?

The Chinook language comes immediately to mind. Chinook was a trade language based on Nootka, Lower Chinook, French, and English, among other languages, that was the lingua franca from Alaska to Oregon during the early colonial period. The Cantonese name for British Columbia in the 19th century, “Gold Mountain,” (jinshan in standard Mandarin) is also worth considering. Using a Chinook dictionary, Gold Mountain translates roughly as Pilchikamin Lamontil. So, will it be British Columbia (think geriatric Hanoverian haemophiliacs ruling the world from a palace in west London) or Pilchikamin Lamontil? Which better reflects the linguistic and cultural diversity that is at the root of our success as a province and nation? Other suggestions welcome!