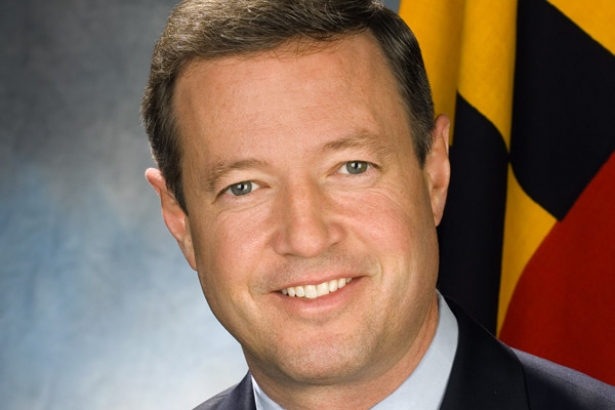 Maryland, Gov. Martin O'Malley's association got a $100,000 cheque from a waste-to-energy proponent in his home state on the day he passed legislation favourable to the company.

It's every waste-to-energy company's dream to have independent policymakers defending an incinerator with the same passion as Prime Minister Stephen Harper when he goes to bat for the oil sands. But how does such a company find good allies?

Incinerator companies must be prepared to "match the political investment in the promotion of the project," Foden writes. He doesn't specify exactly what kind of "matching" is involved, such as campaign contributions, promises of future employment, or other perks industry traditionally uses to woo political favour.

Foden doesn't suggest heavy-handed methods, but some companies with deep pockets find it easy to match political investment. In Baltimore, Maryland, Gov. Martin O'Malley was urged by environmentalists and community members in 2011 to hold off approving a new financial incentive to build an incinerator, giving lucrative renewable energy credits that would put waste-to-energy incineration on par with wind turbines and solar panels.

The incinerator proponent, Energy Answers, cut a cheque for $100,000 to the Democratic Governors Association, headed by O'Malley, on the very same day he said he would green-light the legislation. O'Malley denied that his decision had anything to do with the $100,000, and the Baltimore Sun editorial weighed in: "Maybe it's all a big coincidence, as Governor O'Malley insists — but it sure looks bad.”

Foden's article also suggests that proponents offer more than money. Although he advised that companies provide a "long-term problem with a made-in-my-backyard solution", some companies decide to offer more than that. They offer a future.

Rob Fazzini, an alderman in Bloomington, Illinois, was found to have worked informally on the side as a consultant for waste-to-fuel company Paradigm BioAviation since January, though he claimed there was no conflict of interest between his public office job and Paradigm's work in Bloomingdon. Fazzini later said he wouldn't run for re-election, and that he was "excited" by the prospect of taking on more of his 'green job' at Paradigm in the future.

Being green, it turns out, is key to getting a waste-to-energy project approved.

"A winning proposal needs to make an argument that establishes the merits of the project in a way that goes beyond costs and revenues," Foden writes. "Including sustainable attributes is key, particularly if it also demonstrates a long-term commitment to continuous investment in community renewal and quality of life."

Yet an independent scientist from UBC says incinerators pump toxins into the air that are damaging to human health. And last Friday, the people of Paris saw their skies turn a "murky yellow" as smoke "billow[ed] from a waste incineration plant" near the city's ring road, the Associated Press reported. Nearly three-quarters of France is under alert in what the European Environment Agency says is the worst air pollution since 2007.

The Vancouver Observer has been searching records of key proponents on Metro Vancouver's Zero Waste Committee and has found no evidence that waste-to-energy companies have put money into the municipal political process in Greater Vancouver. Although proponents such as Aquilini Renewable Energy have given $5,000 to members of the Surrey First Party during the last municipal election (Surrey, in 2010, held the largest voting block in Metro Vancouver's board), the contribution was far smaller than what real estate and construction companies contributed to the party.

Metro Vancouver board directors are divided over the plan, but that's to be expected, senior directors say.

“When you have big decisions such as this, you have to expect that various parties have their own points of view, and they want to share those points of view,” Metro Vancouver Zero Waste Committee chair and Richmond mayor Malcolm Brodie said.