How do we get people to love a transit system? Find out why penguins and bears are so important for buses and trains, and how we can get TransLink to stop sucking. 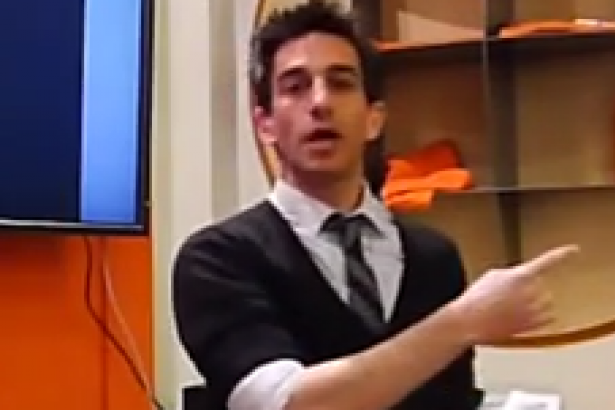 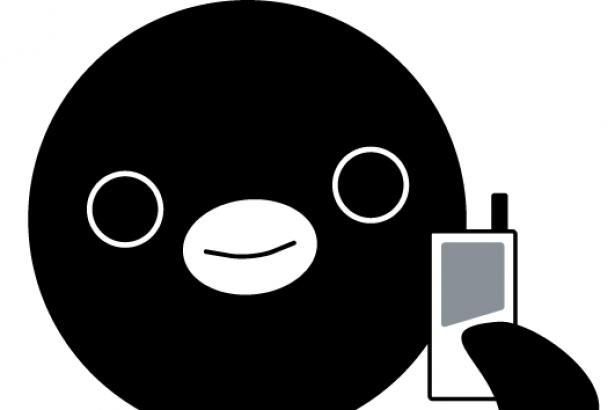 The power of a face: the penguin's, not the writer's.

Show me your face

When we create something, we have the ability to build friendliness and empathy into it, whether it's a toaster or a transit network. To get people to embrace something new, we must first win them over: make them love what we've made. Give that new thing a face.

Vancouver has proven itself adept in coming up with lovable characters ahead of the 2010 Olympics, yet our transit system remains faceless –– and therefore soulless.

Now TransLink is introducing the Compass Card. There is no service improvement rolled out along with the new farecard system; Vancouver’s transit network will actually be more difficult to use for tourists and non-daily commuters, while becoming more expensive for many of us as well. With this in mind, you’d think TransLink would take selling the system to the public pretty seriously. But that is clearly not the case.

Compass is now past the public beta-testing phase, and people still don’t know quite what it is. TransLink’s efforts in explaining Compass to the public have been weirdly feeble. Seriously, this is what they’re bringing: 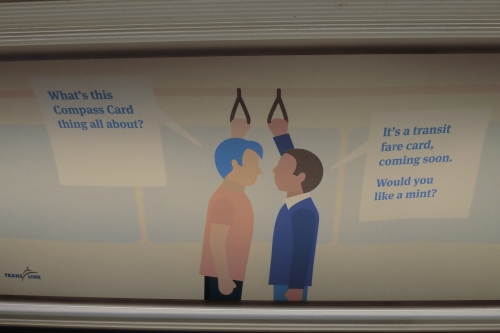 Several months ago I had suggested “BearFare” as a product name. A card depicting a cuddly-yet-professional bear, maybe carrying a card with her own image on it. 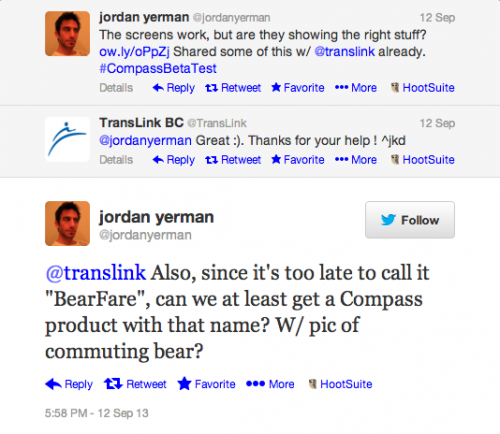 Translink's social media team seemed to think I was joking, but I was quite serious. Someone needs to be, considering how weak the Compass public-education campaign is.

I approached Graham Dobson, co-founder of Codename Design, to come up with a notional version of BearFare. He asked if I had any copy, so I banged out the first words that sprang to mind: "No more fishing for change. No more hunting for tickets. BearFare is here."

Embracing that same ASAFP ethos, Dobson built the graphic in around 30 minutes. It’s a bespoke bear, just for us. As if to slap the Compass design team with the other side of his hand, Dobson even created a logo.

Had we spent an entire hour on BearFare, it would have been unbeatable. The point isn't to embarrass TransLink over its advertising efforts: the agency is doing a fine job of that all on its own. Rather, the point is to show how much easier it is to acquaint the public with a faceless system if you just give it a face.

The walking teddy bear who just gave up his seat for you is something to make you smile. You can grow to love the bear, and so you'll champion the system it represents.

At a ProductYVR session on February 3, a small team of designers, information architects, and urbanists came up with a face for Translink itself; and they did so in about 20 minutes of lightning-quick brainstorming. (This team included Codename's other co-founder, Marc Baumgartner.)

The Suica card is farecard for use throughout Japan. It's a tiny part of a massive fare-management tool, but its face is that of a cheerful-but-busy penguin, always on the go, just like Tokyo’s millions upon millions of commuters. Look at that friendly wave, though: The Suica penguin always has time for you. 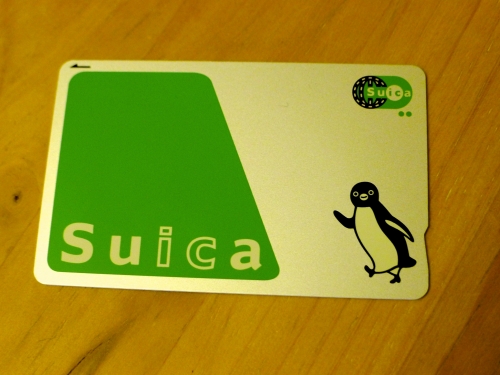 Shinjuku Station alone moves close to 4 million people every day. That's more people in five days than YVR moves in a year. That magnitude of mass-transit usage, in a city of that scale, would choke on paper tickets. The system has to run with as little friction as possible: while one tourist screws around with printing a paper ticket, 200 commuters will have rushed past.

So, it was imperative for commuters to embrace electronic farecards as quickly as possible, and of course we're quicker to embrace things that we actually like.

A cat café in Vancouver: The fuzzy face of economic diversity