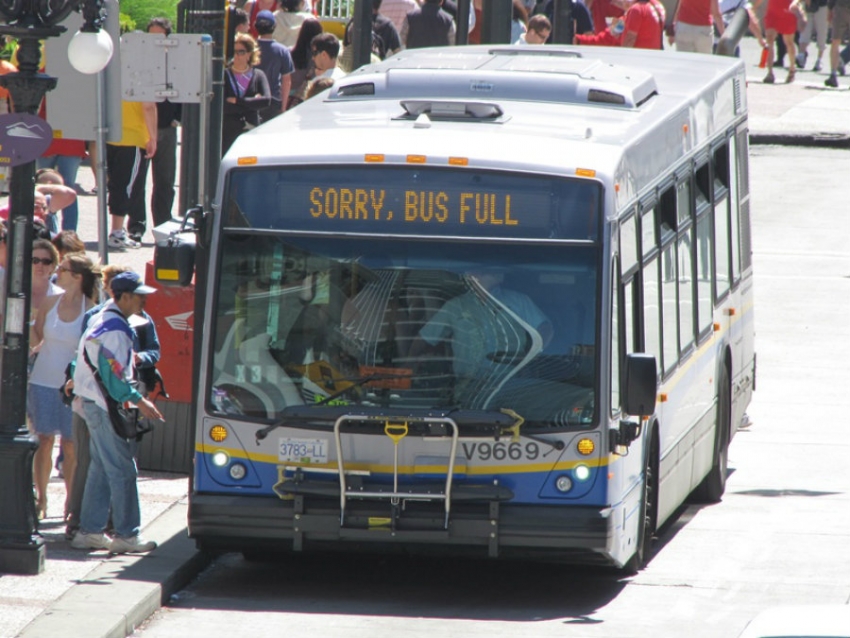 After months of rigorous debate, voters will finally have a chance to cast their ballots on the transit plebiscite over the next 10 weeks. With polls showing the "NO" side leading two-to-one, it seems everyone has an idea of what will happen to transit — and TransLink — if the plebiscite is voted down.

Based on my own following of this issue for the past seven years, here are four possible scenarios, and their implications, after a "NO" vote.

1. Status quo continues if "NO" to transit wins

With a failure to secure a "YES" vote, the political class is rebuked and loses its legitimacy in the public sphere. TransLink's management and board will recoil even further, with communications to the outside world effectively eliminated. The mayors will continue to play political games with the province, refusing to increase property taxes to pay for new projects.

The Pattullo Bridge will be delayed for three more years, but eventually begin construction under a tolling regime. It will be the first new project TransLink undertakes following the plebiscite’s defeat. The Surrey LRT plans will be canned, as will any increases to bus service.

Broadway will become the next priority. The mayors will debate regional funding mechanisms for two more years, until finally agreeing to fare hikes and a gas tax increase. The project will start moving forward in 2020.

Governance, administration or corporate structure will not see any major changes. The public will continue to complain of mismanagement and waste. Transit use and customer service ratings will begin a slow and steady decline.

With the prospect of rising costs and flat or declining revenues, TransLink is faced with a new political reality: this can no longer be a public service, but must become a revenue generating business. Subsidized routes that are losing the most money are cut. Services like B-Lines that have stronger businesses cases will obtain this freed-up funding.

This becomes an opportunity to privatize bus operations. The TransLink-owned and operated subsidiary Coast Mountain Bus company will be dissolved, allowing private companies to bid on operations. This will improve customer service, reduce costs such as wages, and add an element of competition to the system.

Fares will be increased concurrently with the service reorganization. The U-Pass Program will be eliminated in favour of post-secondary students paying concession rates — this will reduce overcrowding and undue stress on the network.

TransLink will no longer focus on ambitious capital projects to meet mode-share goals, but rather invest solely in smaller projects that produce greater return on investment: signage, cleanliness, technology, and customer service. SkyTrain and road expansions are off the table.

TransLink will also move aggressively into development to generate revenues. It will form a self-sufficient development corporation, modeled after successful examples in Surrey and Calgary. With a small base of funding, and through partnerships with municipalities, landowners, and other developers, TransLink will make strategic investments in property that produces dividends for the agency.

To address issues of governance and regional equity, TransLink is dissolved. Its operations are absorbed into five divisions within BC Transit's new South Coast department: Vancouver, Burnaby/New Westminster, the Tri-Cities, the North Shore, and the South of Fraser.

BC Transit becomes responsible for operations of SkyTrain and bus services. All bridges become the property of the provincial government. Road, cycling, and walking is no longer funded regionally, becoming the responsibility of individual municipalities. The Crown corporation works with the municipal governments through a new Transportation Committee on the Metro Vancouver Board.

Transit services and funding is reorganized, requiring each division to become self-sufficient. Bus routes in Vancouver will be funded solely by Vancouver, and so on. SkyTrain costs are paid for by all five divisions through the gas tax. If a division wants better service, it must be prepared to pay for it through property tax increases.

Following the completion of the Evergreen Line in 2016, the province will advance the Broadway extension to Arbutus as the next high-priority transit project in the South Coast. The region's will contribute its share through higher fares and an increase in the gas tax, with funding finally approved in 2020.

The overwhelming message of the "NO" vote is taken to heart: fix TransLink first!

The province does not change any legislation, but the Board makes voluntary procedural changes to improve public perception: meetings become more open, executive compensation is re-negotiated and reduced along with car allowances and bonuses. The Board Chair and new CEO coordinate their messaging and become the public face and voice of TransLink. They build a stronger, more positive relationship with the Mayor's Council.

A new communications approach puts TransLink on the offence, leveraging its large customer base to build a team of transit advocates to support the brand. Staff become more visible, communicating directly about their operations and projects through a new corporate-wide blog. Positive stories are aggressively and proactively provided to the media on a regular basis.

Following the opening of the Evergreen Line in late 2016, the mayors and TransLink agree to modify and re-launch the 10 year funding plan and pursue a new referendum in 2017 in conjunction with the municipal elections.

And then we'll be voting again.

See more
Why isn't Christy Clark facing the fight of her life over triple-deletes?
Mayors, premier led us into transit purgatory