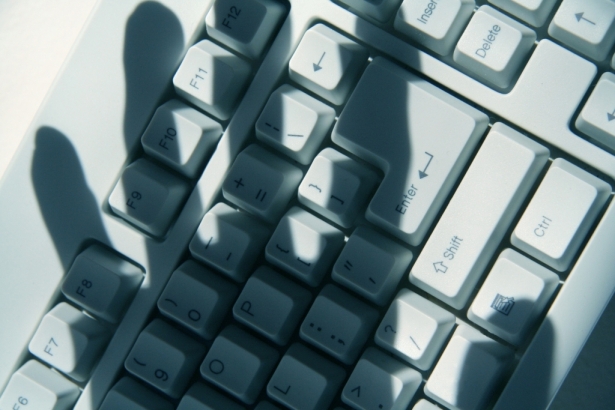 The federal government has drafted new legislation said to be designed to combat ‘cyberbullying’. The ‘Protecting Canadians from Online Crime Act’ (C-13) would outlaw the electronic transmission of sexually explicit images of a person without his or her consent. But the new law contains a string of new restrictions on civil rights, including new powers of electronic surveillance by police that have nothing to do with the purported problem.

Justice minister Peter McKay defended the vast sweep of the new law in talking to the CBC yesterday, saying, “Why not take the opportunity to update legislation in the realm of the internet?”

The ‘cyberbullying’ component of the draft legislation takes up just two of 50 pages of the document, according to Alex Boutilier of the Toronto Star. He writes today, “The rest of the bill sets out new provisions for searching and seizing computers and data, “streamlines” the process for obtaining surveillance warrants for private communications, and changes the language around penalties for everything from stealing cable to hacking and sending harassing emails.”

The new legislation is supposedly prompted by cases of young people facing threats and bullying via electronic communication. Some of those cases ended in tragedy, notably the suicides of teenagers Amanda Todd in Port Coquitlam in October 2012 and Rehtaeh Parsons in Halifax in April 2013. But Michael Vonn, policy director of the BC Civil Liberties Association, says the proposed new law is a “cut and paste job” taken from controversial legislation last year that would have given to police greater powers of spying and surveillance of internet usage. That was the ‘Protecting Children from Internet Predators Act’ (Bill C-30).

That legislation was said to be needed in order to combat internet-based crime, including child pornography. It faced a storm of protest and was eventually withdrawn. The ‘minister of public safety’ that promoted it was Vic Toews. At the height of the controversy over the legislation, Toews famously declared that critics “can either stand with us or with the child pornographers.” He retired from the cabinet and Parliament in July 2013.

Technology writer Jesse Brown commented in August on a similar law that was approved in Nova Scotia earlier this year. He wrote, “Nova Scotia’s Cyber Safety Act is in clear conflict with our Charter rights to free expression, and I can’t imagine it withstanding a legal challenge on those grounds.”

Back in May when the Nova Scotia law was proposed, the editors of the Globe and Mail wrote, “The proposed Cyber-safety Act has draconian search-and-seizure elements with major implications for freedom of speech…”

Michael Geist of the Faculty of Law at the University of Ottawa has written a criticism of the new C-13 that is published in today’s Toronto Star. He says, “The similarly-named bill is now marketed as an effort to crack down on cyber-bullying, yet the vast majority of the bill simply brings back many (though not all) lawful access provisions [of C30].” He recommends to readers an ongoing analysis of the bill by Halifax lawyer David Fraser.

Rehtaeh Parsons’ parents have supported calls for this kind of legislation, but they have also condemned education and government officials in Nova Scotia for failing to use what they said were perfectly adequate laws for dealing with the threats and bullying their daughter endured. (You can read my articles on the Parsons case and the related civil liberties issues from earlier this year via this link.)

Critics of ‘cyberbullying’ laws have long explained that the criminal code as it exists in Canada is sufficient to tackle the cases that have made headlines. What has been lacking is not laws but the will of governments, justice departments, school officials and police to do their duty—protect young people from physical and psychological threats and violence.

“So would this law have helped? Not really. It would have been another thing that the police could have ignored.”

The task of protecting young people is made doubly difficult by the profiteering in popular culture of portrayals and imagery that glorify the social violence endemic to capitalist society.

Open Media, an award-winning Canadian network working to safeguard the possibilities of the open internet, says, "Online spying initiatives threaten to provide a range of authorities with access to your private data, at anytime, without a warrant." On their Protect Our Privacy site, you can read more about their cause, or join their growing group of concerned individuals and organizations coming together "to defend our right to privacy based on a common statement of principle."