Vanishing point: how police forgot the women they couldn't see 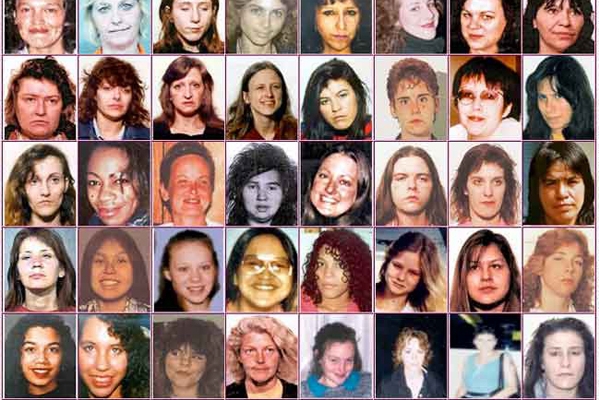 Let’s be clear about the Pickton case. The worst serial killer in Canadian history was caught purely by chance.

A rookie cop in PoCo, investigating a totally unrelated weapons charge, sought a search warrant for the Pickton farm in Febuary 2002. Had that not happened, it’s entirely likely that Pickton would have continued slaughtering women for years.

A core institutional conviction gripped the police unit charged with investigating the vanished women of the DTES. Old school police thinking goes this way: a murder investigation starts with a body and a crime scene. Police learn this at their daddy’s knee. It’s just part of growing up for law enforcement officers. Like colouring inside the lines.

No body + no crime scene = no murder.

This mantra is based in hard realities. Over and over again, as women vanished from the Downtown Eastside, junior officers knew that something was going badly wrong, and fought for a theory that someone was abducting and murdering them.

Their challenge was history and personalities.The VPD receives some 3,000 missing person reports a year—almost 10 a day. Almost all reports clear in a very short time. Most people turn up or are located somewhere else. Tragically, some take their own lives, overdose, or are murdered. But until the Pickton case, the bodies of deceased missing persons were almost universally found.

Which is why police historically attach so strongly to the “no body = no murder” mantra. Investigating a missing person as a potential murder is extremely time-consuming and expensive. With 3,000 missing persons a year, it would be a gargantuan task to assume murder. Who is a potential murder victim and who is not? At what point do the flags go up?

The theory of a serial killer meets with a lot of headwinds in any environment.

But what happened to the Missing Women’s Unit was more than just old-school police thinking. Within two months of its formation, the MWU was doomed by internal department divisions and personality conflicts that hardened senior management against comprehensively investigating the serial killer theory.

Internal politics inside the VPD left the women on the DTES to fend for themselves.

Well before the MWU was organized, people on the streets of the Downtown Eastside and the families of missing women knew something was seriously wrong. By the summer of 1998 the VPD responded by founding the Missing Women’s Unit, and the superlative investigator Detective Constable Lori Shenher was assigned to closely examine the circumstances of each suspicious disappearance.

Within a week Crimestoppers had their first tip identifying Robert Pickton as someone who had at least ten women’s purses and ID in his trailer, and had bragged to others that he could easily dispose of bodies on his farm.

Within a month, Shenher met with the Port Coquitlam RCMP, who alerted her to Pickton’s attempted murder of a Vancouver woman from the DTES. While there were still hundreds of other potential leads, some of them very compelling, Shenher had begun the painstaking sifting that would lead her within a year to focus almost exclusively on Pickton.

But in the summer of 1998, VPD management was not persuaded of the murder theory. Senior people had been on holiday and missed much of the very early work of the MPU.