Environmental regulations encourage firms to cut pollution by raising the cost of polluting, making them more efficient and eventually leading to cost savings. 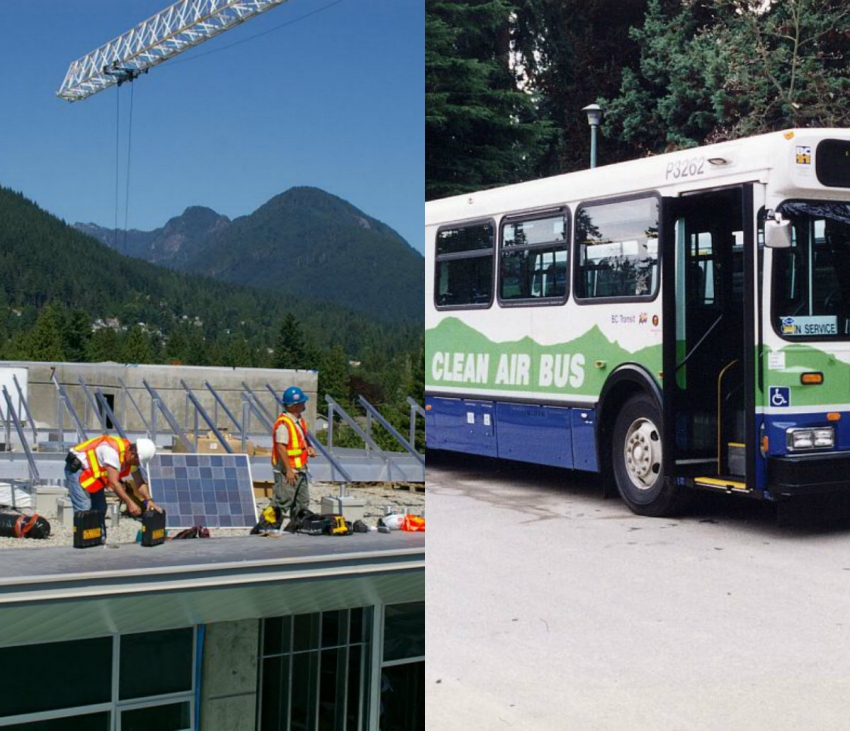 Photo by Rob Baxter (left) and Stephen Rees via Flickr

As the federal and provincial governments continue to work in lock-step with a dying oil sands industry to alter and ultimately undermine Canada’s environmental law regime, a timely report published in London, UK, suggests that strong environmental rules may in fact be good for the economy. How could this be, premier Christy Clark and Bill Bennett might ask in unison?

According to the new report released by the London School of Economics (LSE), “the costs of environmental regulations need to be weighed up against the benefits they provide and which justify the regulations in the first place. The benefits are often important and severely underestimated.” In general, environmental regulations encourage firms to cut pollution by raising the cost of polluting, making them more efficient and eventually leading to cost savings.

The LSE report underlines the importance of the ‘Porter hypothesis,’ an economic argument that well-crafted environmental regulations lead businesses and the economy as a whole to become more competitive by “providing incentives for environmentally-friendly innovation that would not have happened in the absence of policy.” Dynamic environmental regulations – such as the introduction of a price on carbon via a tax or the introduction of a regional cap and trade system, and renewable energy feed-in tariffs,  - can lead to innovation and improved efficiency, which reduces costs for business.

Consider the cost savings and economic benefits from reducing domestic waste through recycling regulations. Requiring municipal recycling and composting reduces the cost of waste disposal and generates new business opportunities and jobs in the recycling sector. Instead of taxpayers funding expanded landfills, waste is diverted and entrepreneurs enter the recycling value chain. Recent experience in Vancouver and beyond makes clear the economic benefits of smart environmental regulation.

The creation of more fuel-efficient cars in the United States in response to the US Clean Air Act in 1970, and a subsequent oil crisis, helped to make the whole auto industry more competitive.  Once US car manufacturers turned their back on environmental performance and fuel efficiency with SUVs and minivans in the 2000s, they could no longer compete with global competitors operating to far higher standards. Environmental regulations and leadership on efficiency is essential for global competitiveness and our provincial and federal leaders should acknowledge this reality.

In Metro Vancouver, companies like hydrogen fuel cell producer Ballard Power systems, engineering firm Misty West, and Vancouver Renewable Energy show how advances in well-drafted environmental regulation can drive technological innovation, enhanced efficiency, and economic growth. Ballard’s zero-emission hydrogen fuel technology is used in Dutch-manufactured buses across Europe, and in London, as well as being licensed for use in China. Zero-emissions technology and other innovation coming out of Vancouver is attractive in part because countries and cities recognise the transportation sector’s role in meeting global greenhouse gas emissions reductions targets.

Putting the Porter hypothesis to work in Canada

In short, whilst strong environmental regulations may lead to small reductions in employment and productivity in pollution and energy-intensive sectors (hello oil sands!) during a transition period when our economy moves away from inefficient high-polluting industries to cleaner production processes, the long-term economic benefits of a competitive economy are significant.

One has only to consider the advanced engineering, manufacturing, and renewable energy sectors of countries like Germany, Japan and South Korea to see the economic potential of advanced environmental standards across different industries. If our own federal and provincial governments are indeed committed to sustainable growth and prosperity for all Canadians, they will start supporting stronger environmental regulations and global competitiveness for Canadian companies.