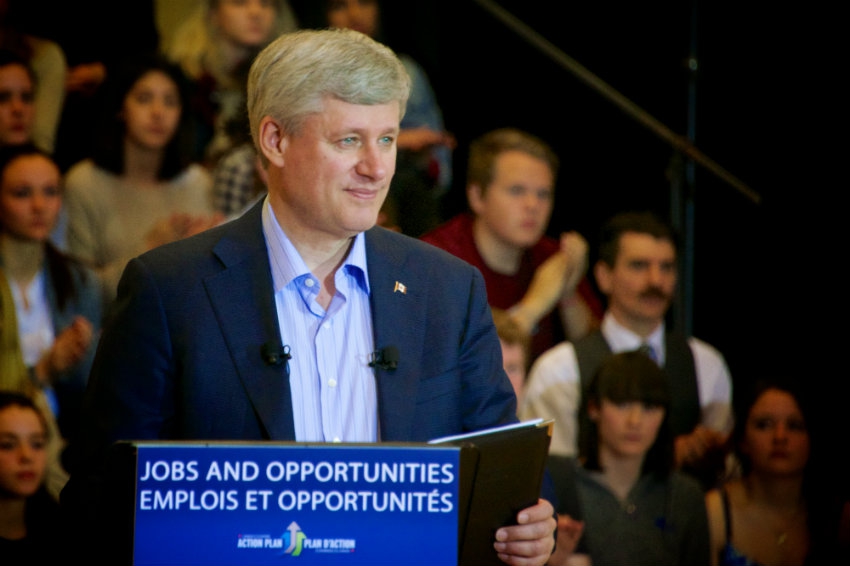 On Wednesday, Conservative Minister of Finance Joe Oliver said the 2015 Federal budget will be balanced or he and the rest of the cabinet will take a five-percent pay cut.

With budget day less than two weeks away many critics have panned this as a symbolic gesture meant to distract from the dismal performance of the Canadian oil market and the fact a major expense -- the cost of military involvement in Syria -- has been classified and will remain conveniently secreted beneath the flag of National Security as the budget is read April 21st.

In the backdrop, successive provincial budgets have failed to achieve parity. The Alberta government reports a $5-billion deficit with no respite on the horizon. In response Premier Jim Prentice has famously said, “The money is gone,” and called an election. The Brad Wall led Saskatchewan government is a bit more optimistic yet the province is $661 million short of projected oil revenues but said the province will remain out of the red thanks to potash demand on the Asian market. This announcement comes barely four-years after a 2011 slow down in potash demand left provincial coffers  $1.2 billion shy of projections and speculated oil revenues had to pick up the slack.

Here in British Columbia the windfalls expected from liquified natural gas (LNG) extraction have yet to find traction and in Ontario the $120 billion dollar “Ring-of-Fire” mining project has yet to see shovels hit dirt due to an abundance of delays.

Early this week, the Conservative’s announced they had sold the last of their shares in GM - 74.3 million shares liquidated at a convenient time to pad the balanced budget initiative. In a statement quoted by The Globe & Mail Minister Oliver said the sale, “eliminated a market exposure for Canadian tax payers and returned GM to private sector ownership, having support its continued contribution to the Canadian economy.”

The manufacturing sector has failed to revive at the speed demanded by Conservative party assertions. The Canadian dollar has dipped back down to below 0.80 US and the Bank of Canada said the average homebuyer now faces a gauntlet of new fees.

With so many indicators pointing to a lapse in confidence for the design of Canada’s current economic model, the Conservative’s have announced they will stay the course and work to hold onto their five-percent share of salary.

In a Tuesday visit to Vancouver’s North Shore Prime Minister Harper received applause from an invite only crowd when he affirmed his pledge to balance the budget. A task many say will require creative reporting and some serious padding drawn from the sale of Tax Payer property.