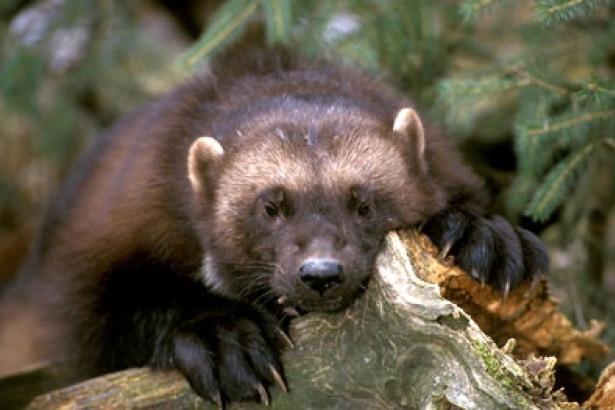 Environment Ministry only has action plans for seven out of a total of over 500 identified species at risk. Photo from Parks Canada website.

The federal Environment Commissioner, Neil Maxwell, is only acting on an interim basis, and doing his best under the circumstances.

His predecessor, Scott Vaughan, left before his term was up.

Vaughan was diplomatic. He did not say he left out of frustration with the Conservatives’ passive-aggressive approach to the environment.

During Vaughan’s term, the Commissioner’s office, which is part of the Auditor General’s operation, had to examine Canada’s progress in combating global warming.

That was not easy. And the fact that the Conservatives were, at that time, actively seeking to sabotage any progress Canada had made up to that point did not make it easier.

The Harper government withdrew from Kyoto during Vaughan’s tenure. However, the government did not immediately repeal the Kyoto Implementation Act, which the Opposition had forced through during the minority period.

That contradiction created a painful dilemma for Vaughan and his staff, who were bound to hold the government accountable for the law as it existed.

When he released his 2011 report, Vaughan commented that all the lurching changes in environmental rules and legislation were creating confusion, even paralysis, in the federal Environment Ministry.

There was a lack of clear direction and focus, the Commissioner said.

Shocking number on action plans for species at risk

Vaughan’s successor says he continues to find similar levels of bureaucratic confusion among officials responsible for the many and complex aspects of environmental regulation and stewardship.

On Tuesday, Neil Maxwell came out with his 2013 report.

It focused on Canada’s record of compliance with the International Biodiversity Convention (not good) and on the federal government’s success in implementing the Canadian Species at Risk Act (fairly abysmal).

On species at risk, Maxwell provided one pretty shocking number.

He said the Environment Ministry only has action plans for seven out of a total of over 500 identified species at risk.

The Conservatives played theatre-of-the-absurd in reacting to the report and blithely pretended Maxwell had not said anything critical.

In response to questions from the NDP in the House, the new Minister of the Environment, Leona Aglukkaq, cherry-picked a few of Maxwell’s positive comments and claimed the Interim Commissioner had given the government a good grade.

It is no surprise that the Conservative government gets consistently low marks for action on climate change. A new United Nations report is the most recent condemnation of Canada’s laggardly inaction.

That report says that Canada is on track to miss its own 2020 greenhouse gas reduction targets by more than 110 million tonnes. That is a wide miss -- more than 20 per cent off the target.

But while the Harper government is almost boastful about its indifference to the threat of global warming, it does claim that it cares about the more micro-environmental stuff, such as threatened or endangered species.

Why, then, the flagrant lack of action on the Species at Risk Act?

The Interim Commissioner avoids laying blame on either the bureaucrats or their political masters.

But the NDP’s Environment Critic Meagan Leslie sees a connection between species at risk and the climate change file.

Many at-risk species are in territories of intense oil and gas activity, Leslie points out. And this government is nothing if not undyingly loyal to the rich and powerful "extractive sector."

So the greedy rush to expand the tar sands and exploit every oil and gas and mineral opportunity that exists as quickly as possible is not only a threat to the climate, to First Nations’ lands, and to the air and water. It also endangers hundreds of species of birds, mammals and fish.

The Official Opposition has announced that it will make an effort to push for more accountability on the issues Maxwell raises in the House Environment Committee.

But the Conservatives have a majority on the Committee.

We can expect the Conservative Environment Committee members to be courteous and superficially respectful of Maxwell and his staff. But they are not likely to join the push for greater government action in enforcing its own species at risk legislation.

In the near future, the Environment Commissioner is expected to turn his office’s attention to the impact of some of the radical changes in environmental laws this government has wrought. Those changes include dumping the Navigable Waters Act and seriously weakening the Fisheries Act.

The Commissioner’s report on all that should make interesting, if depressing, reading.

This story first appeared in Rabble.ca