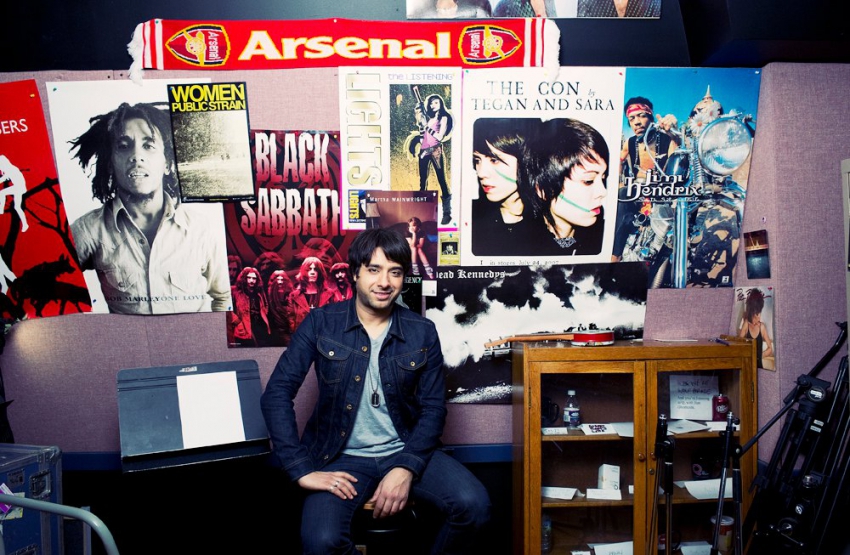 Fifty Shades of Ghomeshi hit the news last week tentatively at first with the announcement that the handsome Jian was taking "personal time" off from "Q", CBC radio's top program.

Then came the explosion.  Ghomeshi hadn't chosen to take time off, he'd been fired and told to leave the premises immediately by CBC executives concerned that his personal behaviour with women would tarnish the Canadian broadcaster's brand.

A scandal to rival the Ford story, only instead of politics as the background to this one, this shocker has the setting of celebrity journalism and centres on a talented, charismatic superstar who enjoyed the power that celebrity brings to charm and seduce.  It involves sadism and masochism and sexual role playing where hurting brings pleasure.

"Let me be the first to say that my tastes in the bedroom may not be palatable to some folks. They may be strange, enticing, weird, normal, or outright offensive to others," Jian Ghomeshi told his fans this weekend on Facebook.

"… But that is my private life. … And no one, and certainly no employer, should have dominion over what people do consensually in their private life."

This story began to unfold last May with dogged reporting by The Toronto Star.

The Star talked in-depth with three women they said dated Ghomeshi and one who reported he abused her on the job, the newspaper said on Sunday.

"I want to hate f--k you" Ghomeshi allegedly told the woman he worked with at CBC after a story meeting.

The three women who said they dated Ghomeshi are all at least twenty  years younger than him, The Star says, and each reported having suffered physical or sexual abuse by the 47-year-old.  Read the entire Star story here.

Ghomeshi says he is being smeared.  He'll file a $50 million lawsuit against Canada's national broadcaster for firing him this week.

Complicating the story further, the four women who allege Ghomeshi choked, hit, and/or verbally abused them are afraid of being harassed by Ghomeshi's fans if they come forward with their names, as was the case when a young woman came forward a couple of years ago about her similar experiences with an unnamed talk show host people apparently assumed was Ghomeshi.

The Star's Kevin Donovan and Jesse Brown wrote yesterday that:

Over the past few months the Star has approached Ghomeshi with allegations from three young women, all about 20 years his junior, who say he was physically violent to them without their consent during sexual encounters or in the lead-up to sexual encounters. Ghomeshi, through his lawyer, has said he “does not engage in non-consensual role play or sex and any suggestion of the contrary is defamatory.”

The three women interviewed by the Star allege that Ghomeshi physically attacked them on dates without consent. They allege he struck them with a closed fist or open hand; bit them; choked them until they almost passed out; covered their nose and mouth so that they had difficulty breathing; and that they were verbally abused during and after sex.

A fourth woman, who worked at CBC, said Ghomeshi told her at work: “I want to hate f--- you.”

Ghomeshi has hired a top public relations firm to manage the story, The Star also reported.