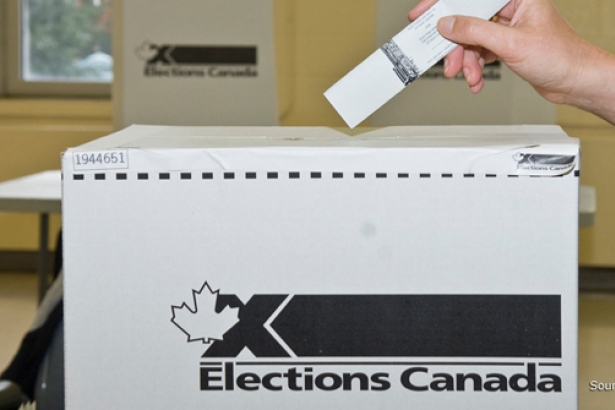 Yesterday, federal Conservatives announced the “Fair Elections Act” may be studied this spring in 12-13 hearings likely to be held in Ottawa. The announcement comes after widespread criticism of the bill, including concerns that Elections Canada is being stripped of its powers, that increases to donation limits will not in fact close "loopholes" to big money, and that Elections Canada will be barred from encouraging people to vote.

A government press release on the Act says that “Each time someone votes fraudulently, they cancel out the ballot of an honest voter.” New voter identification rules are designed to ‘crack down’ on the supposed problem of electoral fraud. But in a blog post published Sunday, Yale law student Adam Goldenberg argued the Fair Elections Act may even be unconstitutional.

According to Goldenberg, there is a legal ‘test’ of whether or not something is constitutional and reasonable infringement of Charter rights.

To assess whether imposing voter identification rules are a necessary Charter infringement to prevent someone from impersonating another at the polls, the court needs to decide first if preventing fraud is a sufficiently important objective. It must then decide if the infringement is “rationally connected” to the objective. Next, it must decide if voter ID rules in question infringe the right to vote as minimally as possible, and finally if the benefits of the infringement (“salutary benefits”) outweigh the “deleterious effects.”

Goldenberg argues that on the last two points, the Fair Elections Act might run into trouble. Ironically perhaps, it is vouching laws under attack that are the potential foil here. The courts, Goldenberg argues, may find that the voter ID restrictions do not infringe the right to vote as little as possible nor do the benefits outweigh the costs.

On that same note, as a second test of whether the benefits of new voter identification requirements in the Fair Elections Act outweigh the costs, I set out to understand just how many “honest voters” have actually been impacted by fraudulent voting by finding all cases of electoral fraud or Election Day impersonation took place.

Thankfully, Elections Canada keeps track of all this data, and has tracked convictions under the Canada Elections Act and Referendum Act since 1992. According to the data, there have been just eight cases of convicted Election Day voter fraud since 1992:

1. In 1993, a woman voted twice in a Saskatchewan referendum. She pled guilty to the offense, a breach of paragraph 249(1)(e) of the Canada Elections Act as Adapted for the Purposes of a Referendum. She was discharged conditionally and placed on probation for a period of six months.

See more
'Fair' Elections Act could disenfranchise half a million voters, says elections expert
Harper wants to make it harder for you to vote in 2015