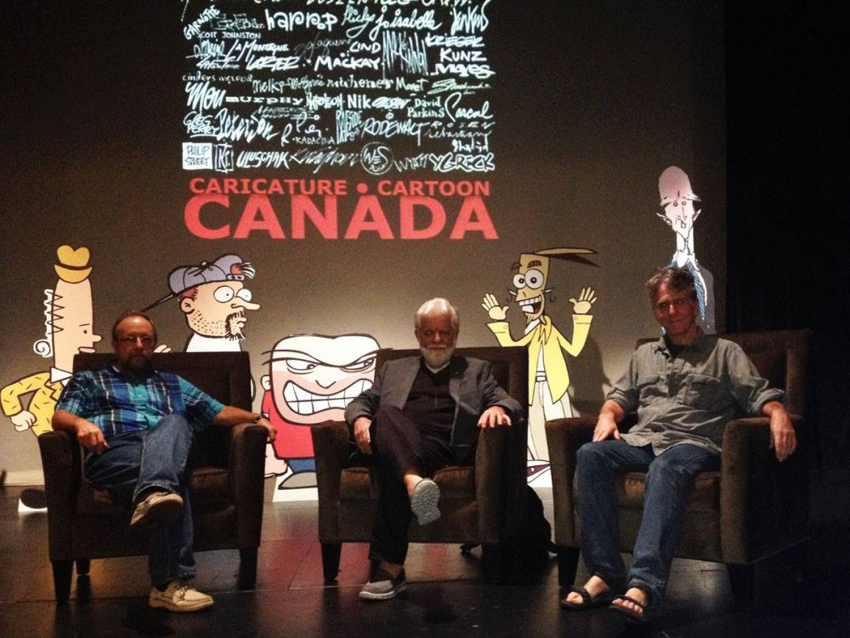 If political cartooning is dead – which some newspaper chains and their advertising clientele would love you to believe – it was displaying a sprightly corpse at San Francisco’s Satire Fest for a week earlier this month.

There were cartoon journalists like Susie Cagle, Stephanie McMillan and Dan Archer, caricaturist extraordinaires like Melbourne’s David Rowe and The Economist’s Kal, and expat dissident cartoonists like Iran’s Nik Kowsar and Malaysia’s Zunar.

The presentations were held at the Marines Memorial Theater in a large old building that the Marines own and run near San Francisco’s Tenderloin. Which means -- with the cartoonists Laz, Falco and Adan from Havana on stage – it was historically and officially the first time Cuba has invaded the U.S. Marines.

There were a few Canadians in the mix. The Montreal Gazette’s Terry Mosher, aka Aislin, presented an overview of cartooning in Canada. Le Droit’s Guy Badeaux, aka Bado, spoke of Quebec’s role in keeping the editorial-cartoon racket vital in the country.

I decided what I’d do in San Francisco is unveil a new Canadian national anthem.

They’ve asked all Swiss ditty writers to send in their songs, they’ve got a passel of judges to pour over the entries, and a year from now Switzerland will roll out its new anthem.

It makes sense. Countries can change, and when they change they can outgrow their national anthems.

But today’s Canada is a whole different place.

So I told the audience at the Marines Memorial Theater that when we heard we were headed to the Satire Fest, Terry and Guy and myself decided to commission a new anthem for Canada.

And – in keeping with the spirit of the New Canada – we’d outsourced the job. We found an anthem-writing factory in Indonesia that works cheap but still does quality anthems. In fact, it's the most talented factory full of five-year-old George and Ira Gershwins I’ve ever come across.

And then I presented this, Canada’s new, more appropriate national anthem.