Can we mend thousands of years of displaced history in Vancouver? 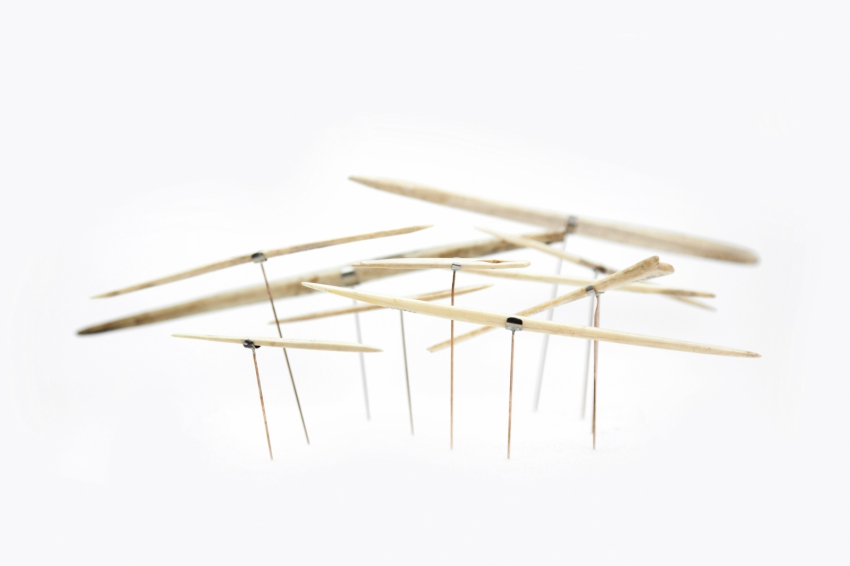 On Thursday January 22nd, reporters gathered to capture the story of the three-site exhibit c̓əsnaʔəm: the city before the city. The exhibits acknowledge thousands of years of culture that were displaced, paved over and dismissed by European settlers. The oral history of the xʷməθkʷəy̓əm Musqueam people is a living book that can recount when the glaciers receded and rivers changed course. There is tangible evidence of this culture existing at least 5,000 years ago - around the time of ancient Egypt. The oral history goes back even further. 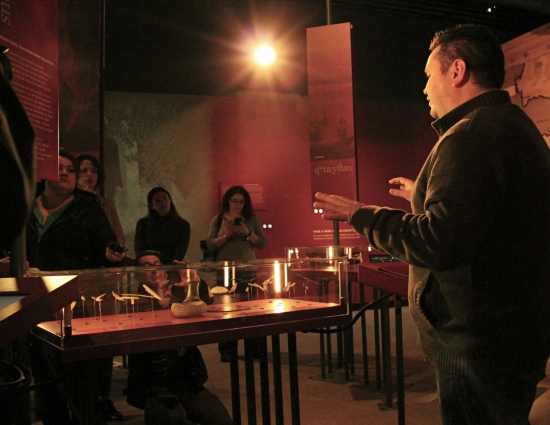 Morgan Guerin (above) explains to reporters at the Museum of Vancouver how it is not appropriate to put some sacred belongings on display. In some cases, replicas have been created.

The city of c̓əsnaʔəm was a place of community, sacred burial sites, sophisticated tools, complex language, technology, engineering, pharmacology and a thriving culture.

These exhibits are setting an example for museums all over the world. The collaboration removes a thick layer of denial and portrays a sobering honesty, revealing the raw brilliance that was the culture of c̓əsnaʔəm.

Besides being fascinated, observers may be discomforted by the fact that Vancouver was built on a foundation of a suffocated culture. Musqueam people were evicted from their own land. History was scattered as sacred belongings were traded to distant places and traditional language was beaten out of children in residential schools.

When language is lost, history and culture are at risk of being lost. When Musqueam burial sites are disrupted, said Morgan Guerin, a Musqueam band councillor and co-curator of the exhibit, it is spiritually disorienting for the deceased ancestors and extremely disrespectful to the Musqueam people.

The c̓əsnaʔəm exhibits attempt to right history and teach observers about the layers of time that have been previously dismissed.

"Reconciliation is uncharted territory," explained Morgan when I asked him about forgiveness. He believes that we have not yet arrived at a point where we can say reconciliation has been accomplished. It seems that the only way to approach this chapter in history is to take it one step at a time.

"If you are not forgiving, you cannot expect people to act in a way that deserves your forgiveness" - Co-curator Larissa Grant

When Larissa spoke of forgiveness, she spoke with grace as she recalled how her grandmother never said a bad thing about anyone. She spoke of how important it is for her to think about what she wants her children to learn from her behaviour. Larissa, Morgan and the Musqueam people have held their history carefully, and it is with care that they generously share it with all of us.

We are all guests of the Musqueam people. We need to relearn how to be guests, to ask questions, slow down and to listen carefully.

Going slow and being careful is an important concept to the Musqueam people. Morgan explained how he spent two years collecting the required materials to build a sturgeon harpoon (below). He began building the harpoon when he realized that his generation had never seen one. It was a process that cultivated patience and skill. At the Musqueam Education Centre, the harpoon glows beneath warm lighting as a living, breathing connection with history.

Our elders tell young people to go slow and be careful, because if something happens to one of us, there is a page in our living history torn out and lost forever. - Morgan Guerin

When the Musqueam people build something like the sturgeon harpoon, there is a part of them that goes into it, said Guerin. This is one reason why belongings are more than objects and artifacts.