Blunderdome: silence in the house

Graphic by Jennifer Ku for The Vancouver Observer

It didn’t come as much of a surprise last week when we learned of David Podmore's upcoming resignation as board chair of PavCo. No one represented PavCo’s face more than David Podmore, and he, more than any other BC corporate leader, understood the power of media relations.  By any objective standard his record is abysmal, yet he’s widely regarded as one of BC's most credible senior executives.

Such is the magic of PR.

Here, take a quick quiz.  Which Vancouver venue booked Madonna, Metallica and Justin Bieber for their 2012 world tours?  If you guessed BC Place Stadium, which was retro-fitted at a cost of more than $500,000,000 taxpayer dollars specifically to attract major entertainment acts, your dunce cap is over there in the corner. 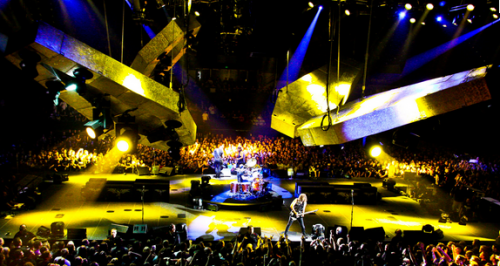 Try Rogers Arena, the smaller privately run facility that is also the home of a major sports franchise team that sells out 40 home games a year.  Which is how a real venue should operate.

Blunderdome: silence in the house

Despite a massive public cash injection, BC Place has failed to attract any more major acts and events than before.  Of course this won’t come as news to anyone in the entertainment industry. Entertainment experts would have told PavCo that only about 10 acts in the world will play a stadium in a regional market like Vancouver, and they’ll rarely come here.

Here’s the August calendar for BC Place in 2012, showing a fairly typical month with two Whitecaps home games and one Lions game.  That’s it.  3 events that will not reach 50% capacity and don't pay market rent in any event.  And it doesn’t get much better.

In fact, the only new event at BC Place from here until 2013 is the first annual Housekeeping Challenge, where teams of 8 housekeeping members will represent organizations to compete for the chance to be Vancouver's Housekeeping Challenge Champion. Teams will face off against each other in a series of fun, collaborative activities designed to showcase numerous housekeeping and communication skills.

In the real world, if PavCo was a publicly traded company Messrs Podmore and Buckley would have been drawn and quartered by their shareholders by now, based on the fundamentals behind this absurdly lavish project.  No formal business case was ever disclosed, as it probably could not withstand the light of day, but in 2011 during a construction tour (at 4:20), David Podmore said the half billion dollar project’s financial viability rested on three primary sources:

3.  40 more major events in the building, with attendant concession revenues.