Greenpeace Canada executive director Joanna Kerr talks about speaking to the Commons Standing Committee reviewing Bill C-51— where among other things she was asked "If you aren't a terrorist, why worry?" 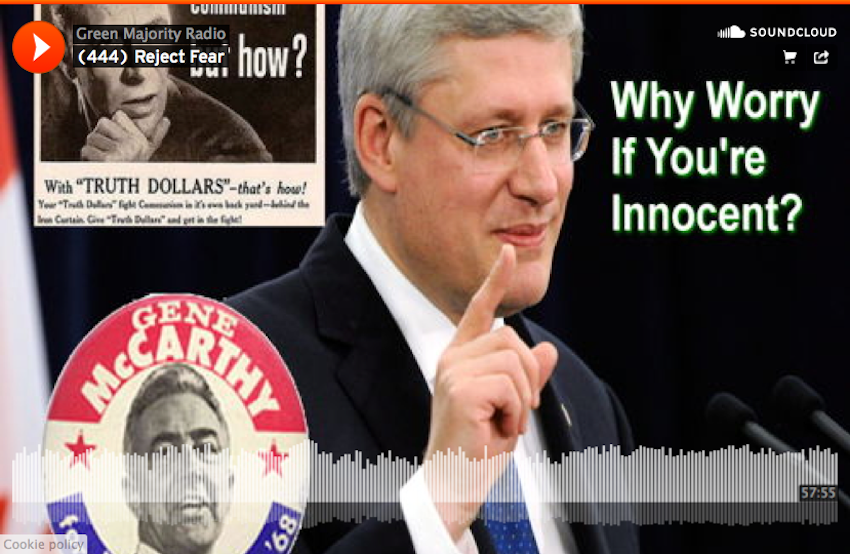 Greenpeace executive director Joanna Kerr talks about speaking to the Commons Standing Committee reviewing Bill C-51— where among other things she was asked "If you aren't a terrorist, why worry?"

Next up is Sabrina Bowman, the Climate Campaign Organizer for Environmental Defence Canada, to talk to us about the “Act On Climate” rally in Quebec on April 11th in time with the Premiers' meeting.

Lastly, our hosts dissect some headlines, including the NASA prediction that California will be entirely out of water within the next year.

Please read Joanna's article about her experience as published by iPolitics: Worried about C-51? You’re probably a terrorist.

This radio program/podcast is produced each week (as volunteers) at CIUT 89.5FM by Green Majority Media and syndicated on 22 campus and community stations across the country. Learn more @ greenmajority.ca