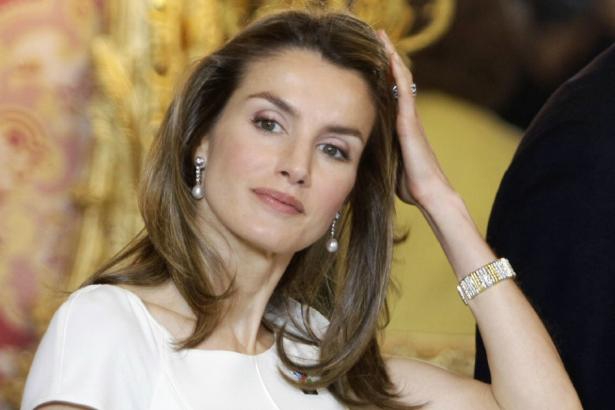 On her first press event as the future Queen of Spain, Letizia Ortiz was with Prince Felipe.  They were showing off their engagement gifts. Midway through the event, she interrupted the Prince, asking him to let her finish talking.

"Let me speak," the bride-to-be said. He laughed, and she went on. It was a spontaneous exchange between a couple in love.

But the media didn't interpret it that way, calling her request "embarrassing for the Prince". News reports depicted her as an unpleasant, arrogant woman.

This is not a story about the Spanish monarchy, nor that of a privileged woman on the cover of celebrity magazines. This is about an educated professional who has been consistently judged for her looks and her marital status, rather than her brains and character. The experience of Letizia Ortiz is universal, the story of women suffering as the brunt of sexism in the media, which in turn affects the society that consumes it.

Ortiz, a divorced young journalist, got engaged in 2003 to the heir to the Spanish Crown, Prince Felipe. The so-called “Spanish Lady Di” became the most controversial princess in Spain’s history. For the first time, a commoner was to be Queen.

Originally from a humble family, Oritz was the daughter of a journalist and a nurse, and the granddaughter of a radio announcer. Media was in her blood, and she went on to study journalism herself.

But the fact that Ortiz was a divorcee was a big deal to the media.  At the age of 26, she married a high school literature teacher from her old school, but the marriage ended a year later. National newspapers and tabloids didn't wait  to publish all the information they could find about her former husband.

Some of the derogatory things said about her in news articles fueled sexist comments by readers. In a major national newspaper, La Razón, a reader commented: “She is a gold-digger...She found the charming Prince and started her own Snow White fairy tail.”

Drugs, abortion and other scandals

Investigative journalist Isidre Cunill published a book in 2010 called Letizia Ortiz: a Republican at King Juan Carlos I's Court  that related all sorts of scandals about the princess. According to the book, the Spanish secret agency (CNI) had a report on the princess' abortion in Mexico. Whether that abortion allegation was true or not, the public will never know, but the attacks on Ortiz were magnified.

Cunill also wrote in the book that Ortiz was a drug user. “When she was in college she started dating her future husband, Alonso Guerrero...and she was arrested for hashish possession,” he wrote.  President Barack Obama was also said to have smoked marijuana as a student, but it hardly made a dent in his reputation. In her case, however, she was painted as a wild and irresponsible student.

Bags and heels, not brains