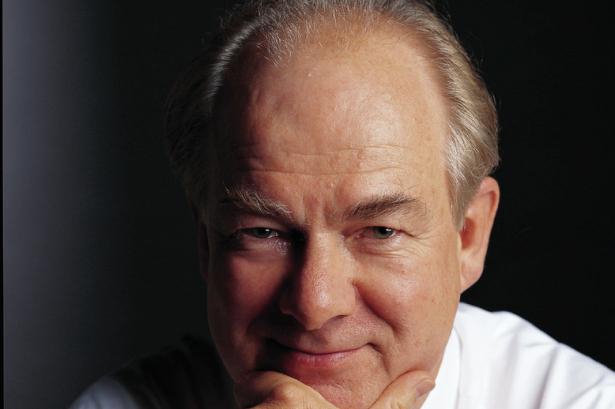 This is the story of the man who inspired the OccupyWallStreet movement, the man who perhaps has been dreaming of a movement like this for 20 years, a movement that may outpace The Tea Party in terms of its impact on the global psyche.

That man is Kalle Lasn, a stout, rugged-looking, white-haired radical, who looks like a farmer, wears gum boots into his office and talks like a philosopher with a pronounced Baltic accent. He reads voraciously, grows apples and loves design, economics, sustainability, and art.

His is a life of ideas, but his story is an inspirational tale of truth. It's a parable about how intention resonates when cultivated as fiercely as his has been over many years. And how, despite all the ambient noise in our culture and how entrenched power has become, how one person's intention can inspire a mass movement.

This is also a story about timing. And confluence. And brilliance.

Timing is everything, and Kalle Lasn's time has come.

Lasn, the founder and driving force behind Adbusters Magazine,  lives in a quiet suburb of Vancouver called Aldergrove with his Japanese wife on a farm. Lasn just happens to be based in Vancouver, you could say. His reach is global, his admirers far flung. And Lasn's intention might never have gone beyond the reach of his magazine, Adbusters, had he not held it so long and so fiercely and had it not collided with a rising tide of outrage against corporate America, against foreclosures, personal bankruptcies and government bailouts of major financial institutions in the United States.

In essence, they are the same economic principles Lasn had been battling for years.

An idea decades in the making

Although Occupy Wall Street seemed to be spawned from the outrage of the un-wealthy at the injustices that America's political and financial leaders have committed against the "other 99%", it originated somewhere and that may have been with Lasn.

"He's a geezer -- he was born in WWII," a Lasn admirer in his late twenties told me this week to drive home just how long Lasn's been walking this earth.

"There aren't many people who've held the same beliefs that they had when they were in their twenties," he said, laughing even as he indicated his immense respect for the Canadian publishing radical whose personal history may very well attribute for having spawned the protest movement that is now more than one month old and is coming to Vancouver this weekend.

He used to call his work "Greenpeace for the mental environment" and a lot of Greenpeace activists have worked for him. Adbusters is where I first learned the idea of "meme". And that's the root of how OccupyWallStreet seems to have come about.

Its one of his great achievements after a couple of decades, that a single meme has taken off and traveled far beyond himself.

A meme takes off

Lasn is a visionary. And the movement is consistent with his determination over many years to question the large corporate part of capitalism.

Yet those close to Lasn say he knows that it has grown way beyond him and is amazed by the fact that the movement has swept across America like a storm, fired a normally complacent middle class into action,  endorsed by celebrities of enormous stature, like Michael Moore and Tim Robbins, and supported by labour groups and business people alike

Moore said yesterday that it is the revolt he wished for at the end of his 2009 documentary.

Its impact has been enormous. It has become a focus of media giants like Rachel Maddow and Jon Stewart, and reviled by right wing pundits like Glenn Beck, who called OWS a "storm of Biblical proportions" and told radio listeners that Occupy Wall Street protesters will "kill everybody". The meme has grown to the point that few people can even trace its origin back to the fiery editor in Vancouver.

"He's not taking ownership of the Occupy Wall Street movement, but he's not baffled by it," another person who knows Lasn well told me.