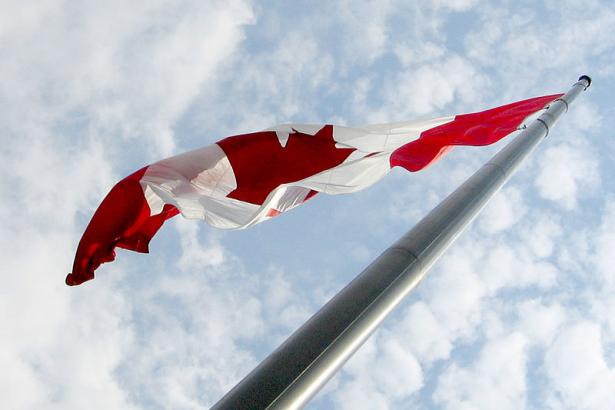 On the 100th anniversary of International Women's Day,  all across the
country, people are celebrating women who have made a significant impact on Canadian history.

If there is one group of women that Canadians love to talk about it's war
brides. Their immigrant story of love, courage and adaptation to a new life
in Canada is an indelible part of our national and cultural identity.

But when it comes to war brides, immigration is one thing, citizenship is
another. It's high time politicians bow their heads in shame at the dark
side of the Canadian war bride story that everyone, especially the Minister
of Citizenship and Immigration, Jason Kenney, would like us to forget.

Canadians should know the real story of how war brides and their children
were lied to about their citizenship status when they came to Canada in 1946 and how that lie has come back to haunt them more than 65 years since the end of the war.

The fact is that when war brides were brought to Canada they were told that they and their children became citizens by virtue of marriage to a Canadian servicemen.

The war brides had no reason to question their status. Didn't Prime Minister
MacKenzie King himself call them "a splendid addition" to Canada's
citizenship?

They didn't know that with the introduction of Canada's first Citizenship
Act on January 1, 1947, the rules changed.  After that date, war brides and
children had to apply for citizenship: problem was, nobody told them.

Over the years, many wives learned about the new rules after being hauled
out of line at customs and warned about their Canadian status. But not every war bride travelled back home to Britain or Europe and whether through ignorance or procrastination, not every one applied for her Canadian
citizenship.

From time to time, we'll hear about women like 87-year-old Priscilla Corrie
of British Columbia who found out in 2008 that she was not a citizen. Once
her story hit the national media in 2010, the Department moved quickly to
solve her problem, but it was only because her story went public.

Those who are most affected by the citizenship issue are war bride children
who were born overseas during the war. They too, never knew about the change in rules but unlike their mothers, the Department doesn't seem to mind picking a fight with the younger generation.

They are the "Lost Canadian" war bride children, stripped of their
citizenship because they didn't fill out a piece of paper so many years ago.

Now aged 65 and older, these children are discovering they are not
Canadian citizens. What ensues is a bureaucratic nightmare that can take
years and thousands of dollars to fix. Imagine the anxiety they when federal entitlements such as Old Age Pension, Medicare and passports are denied until the paperwork is in order.

And it gets worse. If the war bride child was born out of wedlock, they are
denied citizenship status because of a discriminatory section of the 1947
Act. They can get a special grant of citizenship, but it only recognizes
their status from the date of the grant forward. Jackie Scott is fighting to
be recognized as Canadian citizen, but her birth status is being used
against her by the government.

Which brings me back to International Women's Day. No politician or feminist would dare defend such a bumbling bureaucracy that targets war brides and their children nor the anachronistic and discriminatory legislation that bans born-out-wedlock children from citizenship. But Minister Jason Kenney does it all the time.

As an historian and women's rights activist I find it hard to believe that
womens' organizations have not taken up the cause of war brides and their
children who are being treated so badly by the Department of Citizenship and Immigration.

And after 65 years, I don't think I'm asking too much for women's groups
across Canada to make a principled stand on behalf of those children whose
only crime was to be born out of wedlock during World War Two.