Gone to the dogs: street food in Vancouver 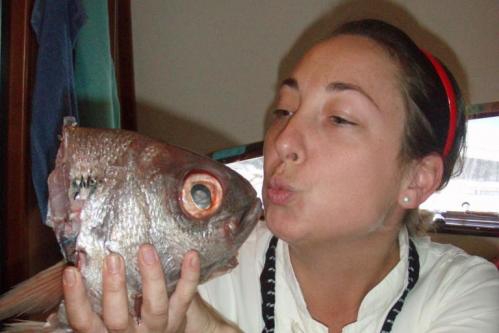 Blindfold me, feed me a hotdog and I can probably tell you where I am. Dogs are long with soft buns, tangy remoulade and toasted onions topped with thinly sliced, brined pickles?  Location Denmark.  Robust smokies and the JapaDog sensation?  Tastes like Vancouver.

While our dogs are nothing to scoff at, it is very possible to sneer at the dearth of dogless street food in our fair and livable city.  Although you will rarely catch me eating a jumbo or even veggie version, it is not hot dogs that are the problem, but the decided lack of choice for good eats on our streets.

Discussions ranting about our lacking street food culture are nothing new.  Anyone who has tried to compete with the 100+  hot dog vending mafia across this city will hit a wall of regulations preventing the sale of anything but pre-cooked items.

If you were to get past such strict enforcements, you might find that the cost and trouble of designing a cart to suit the tastes of Vancouver Coastal Health would put you past City Engineering size limits.  If you actually managed to comply up to this point, it may be the lottery system allocating a fixed street space—or the specification-laden storage requirements for your mobile unit—that finally cooks your goose.  In fact, it could be just enough to reduce you to covert hot dog ‘pig-outs’, or, as Mr. Japadog did, to reinvent them instead of revamp the entire system.

Only “hotdogs, regular and specialty coffee, popcorn, pretzels and nuts” are to be sold on streets according to the City of Vancouver.  Is it a contradiction then that on the same webpage street vending is stated to bring people and community together while enhancing the liveliness of city streets?

Vancouver City Councillor Heather Deal put forward a motion two years ago to re-evaluate health, safety and engineering guidelines that are currently putting a choke on wiener alternatives.  We might hear back in April, but at this point food safety inspectors are even ‘taking bacon off the grill, claiming it is unsafe’ says long time vendor Andrew Dvorak.

Many claim that increased options for street eats will block sidewalks, restaurants will go out of business and customers will drop like flies from all sorts of illness from contaminated food in the ensuing chaos.

As Deal claims, this is happening everywhere else but here.  Recently New York, San Francisco, Portland—and even Toronto have been paving the way for more varied, healthy and regional street food solutions.    Streetfood festivals, design competitions and citywide initiatives in these cities are bringing street culture to the forefront.  Surely Vancouver can rise to the occasion.

With such culinary talent and an astounding array of authentic, multi-ethnic menu choices, Vancouver needs to forgo some of its squeaky clean, uber regulated public environment for a little bit of outdoor finger-licking tasty eats.

Our neighbour’s First Lady  has recently made efforts to launch a nation-wide program to target burgeoning adolescent obesity.  With our own recently released Canadian Health survey showing quadrupling fat-waist rates, we can’t afford to continue swallowing white bread and meat scraps with relish.  As instances of obesity and access to affordable, healthy food rise, so too does the urgency to improve and make visible our food choices.

Books such as “End to Overeating” by former U.S. commissioner of the Food and Drug Administration, claim that “the food industry of manipulating the levels of sugar, salt, and fats in food in order to create a neurochemical addiction.” Over time, author David Kessler claims that  “hyperpalatable” foods change our brain chemistry in ways that make us overeat.

A well publicized and debated report from the Scripps Research Institute in Florida “Shows Compulsive Eating Shares Same Addictive Biochemical Mechanism with Cocaine and Heroin Abuse” demonstrates that withholding sugar from rats brought on symptoms in the brain similar to those produced by drug withdrawal. “The scientists fed the rats a diet modeled after the type that contributes to human obesity—easy-to-obtain high-calorie, high-fat foods like sausage, bacon, and cheesecake.”

Isn’t a hot dog otherwise known as a sausage?  Soon after being fed this high sugar, fat and salt diet, the rats gained weight dramatically and would even submit to mild electrical shocks just get to their junk food.  We are not rats, but perhaps something akin to addiction is also a force in preventing alternative options to the ubiquitious dog.

There is no denying that increases in over processed, unhealthy food choices contribute to the glut of rising societal health problems.  Yet 3 main objections are stopping us from pushing forward a vision of healthy, local and accessible food at the street level.  Finding room on our streets, creating competition with local restaurants and health concerns seem to be the speedbumps.  Really?

Surely we can work around these, relax policy a tad and help make Vancouver not only livable, but loveable—maybe even a little bit passionate.  Let’s take the blindfold off:  What would a sustainable street food culture look like?

I can imagine food carts as a network of small entrepreneurs, serving up healthy and truly tasty food with a focus on what is grown and produced locally.  I can imagine this network serving as a vehicle to create stronger awareness for agricultural issues facing our farmers.  I can imagine these carts as part of an integrated regional market space, selling not only fresh and creative cuisine, but perhaps even local produce.  I can also imagine that street food vendors end up being a showcase and source of pride for what we are agriculturally and culturally capable of—not to mention our culinary prowess.

Vancouver has a municipal Food Policy that mandates accessible, healthy, local and multi-ethnic food a priority as part of our local food system. We can no longer afford to buy cheap food that belongs more in a chemistry lab than on a grocery shelf.  If the city is choosing to take a role in making healthy, affordable fast food available for all of us, surely street food as such a visible part of our public realm is an obvious starting point.

Rumor has it that we will be seeing attempts this summer at integrating food into public spaces within the downtown core as part of the Summer Spaces program.  I can imagine Jamaican Roti sold next to the seawall, grilled Mexican Carne Asada near Kits beach or Dosa with mixed curry vegetables at the Art Gallery.

Heck, I can almost taste it.

From all indications, the time is ripe—Vancouverites might just eat it up.

See more
Summer in Provence: stories from a wandering chef