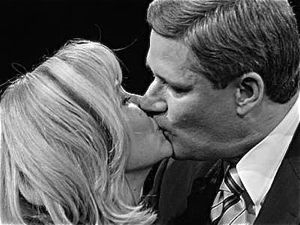 In a stream of continued insults to women’s rights, Stephen Harper’s Conservatives removed the word “equality” from their official playbook on women. In the same month, they also gave an award traditionally given to young women to a young man who had done nothing for women’s rights.

A new minister for the status of women, Helena Guergis, awarded the youth award – an award generally given to young women who have made important contributions in social activism, to a young man Ben Barry noted for his marketing and business skills.