Starting in September 2012, Texas-based pipeline giant Kinder Morgan began public consultations for an estimated $4.1 billion expansion of its Trans Mountain pipeline from Alberta’s oil sands in Edmonton to Metro Vancouver. The company plans to more than double the capacity of the pipeline by 2017 from its current 300,000 barrels of oil per day to 750,000. The project rivals Enbridge’s Northern Gateway pipeline, which aims to export oil sands crude through the Great Bear Rainforest. Kinder Morgan plans to file an application for its expansion project to the National Energy Board in late 2013, and says it plans to begin town hall meetings in Burnaby in November. 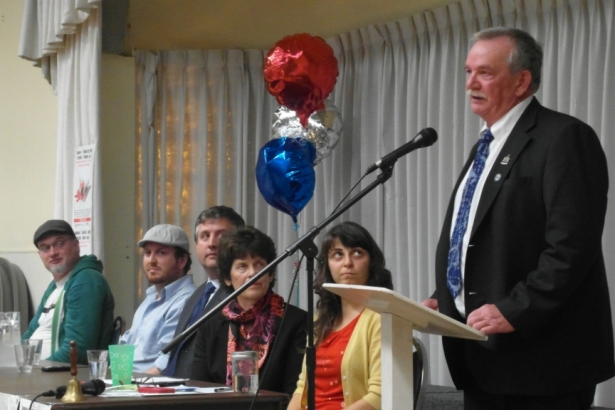 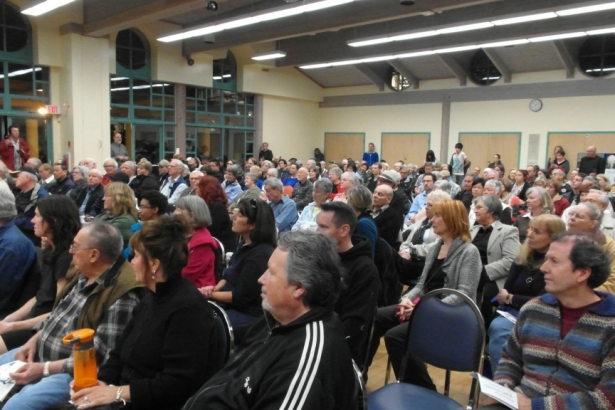 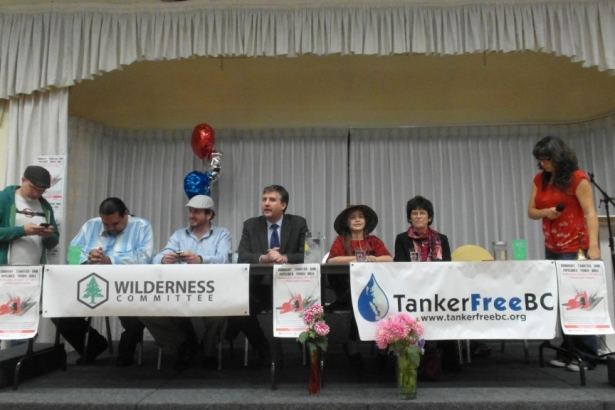 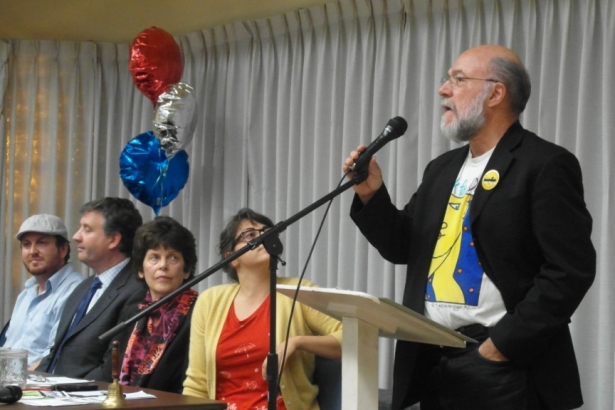 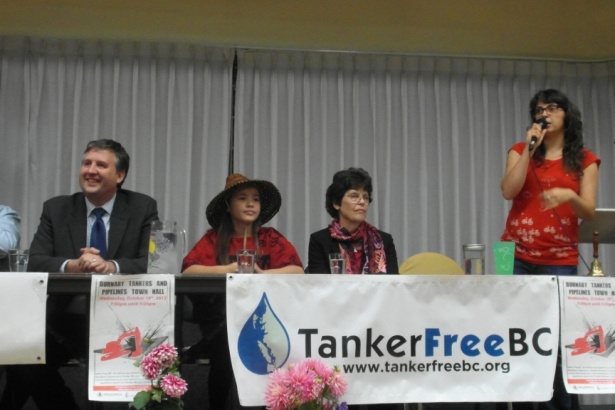 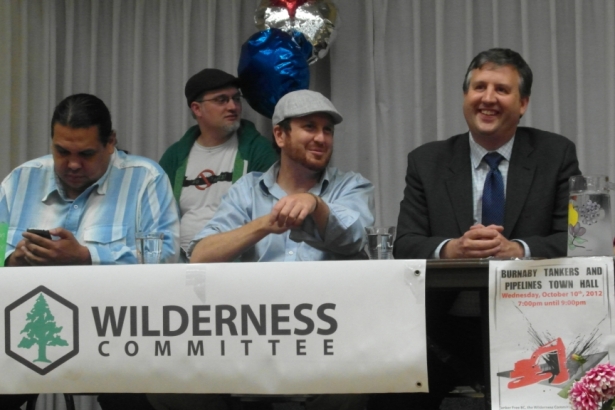 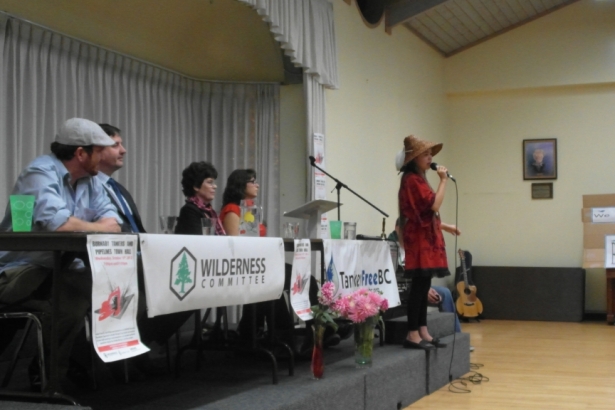 The province has failed to be accountable to British Columbians, Burnaby Mayor Derek Corrigan told more than 200 residents of Burnaby, Abbotsford, North Vancouver, and other neighbouring municipalities who packed the hall at a Burnaby Residents Opposed to Kinder Morgan Expansion (BROKE) town hall last night.

And now it's up to citizens to voice their concerns to elected officials about a multinational oil giant that wants to expand an oil pipeline under their backyards, homes, and neighbourhoods, the mayor said.

Residents listen to speeches at the town hall

Noting that since the province of British Columbia opted out of the environmental assessment process on Enbridge and Kinder Morgan, he said that city councils are in a position of 'powerlessness' when it comes to demanding accountability in the hierarchy of Canadian politics.

"Eventually they have to be accountable to you, and there is no more important force in Canada than the people of our country," Corrigan said.

"Despite our lack of constitutional authority, we still have faith that you can make them come to heel."

Corrigan took sharp aim at the Harper government's management of the Alberta oil sands, alleging that it has "absolutely no idea," and leaves crucial decisions to multinational corporations.

"They say the market will decide. The reality is, they are mining it and failing to refine it because they want to send it offshore to China. They want to refine that oil without any of the difficulties in North America," Corrigan said.

"And those problems will be drifting back across the Pacific as a result of those decisions. Not only are we doing ourselves a disservice, not only are we hurting our own community if we allow this to go through, but we are hurting people who are 5,000 miles away from us, who didn't do us any harm whatsoever. By sending them this caustic oil and by allowing that oil to be refined in a country without the standards that we hold to in North America, we are only creating a problem for someone else that eventually will end up on our back door."

When asked after the town hall what the response has been from the federal government regarding his constituents' concerns, Corrigan said that the Ministry of Natural Resources uses the National Energy Board as a "foil" in order to avoid answering questions.

"Yet at the same time they passed legislation that says eventually the decision will be made by the cabinet. So on the one hand they're telling us deal with the NEB, on the other hand they're saying we're going to make the eventual decision."

Minister of Natural Resources Joe Oliver responded to Mayor Corrigan's allegations in a written statement to The Vancouver Observer.

"Our Government wants to responsibly develop our resources to create prosperity and security for Canadians across the country," he wrote.

"In respect to major resource projects, recommendations are made by an independent regulator which conducts a comprehensive objective scientific evaluation to determine whether the project is environmentally sound. The proposed expansion of the Trans Mountain system has not yet been submitted to the National Energy Board for review. The only way to ensure controversial projects are fairly reviewed is to allow our independent regulators to review it scientifically -- not politically. We will await the review of independent scientific experts before making a decision."

Much of Corrigan's ire toward Kinder Morgan and the federal government's management of Alberta oil sands originates from a 2007 oil spill near Burnaby's  Westridge neighbourhood.

Mary Hatch, a BROKE member and Burnaby resident, recounted her experience of the spill in her neighbourhood.

"Some of my neighbours were out of their homes for months as their houses were being repaired. It's been five years since the pipeline was ruptured," Hatch recounted on the panel stage.