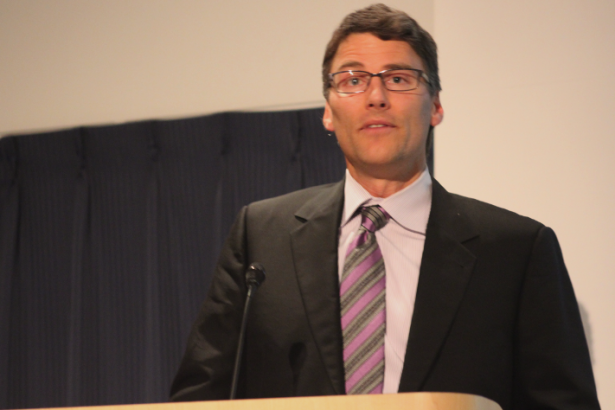 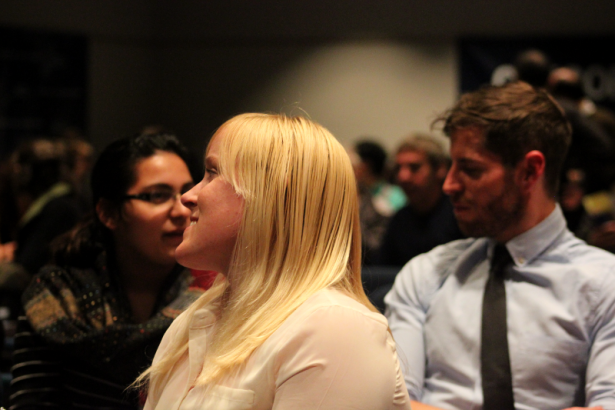 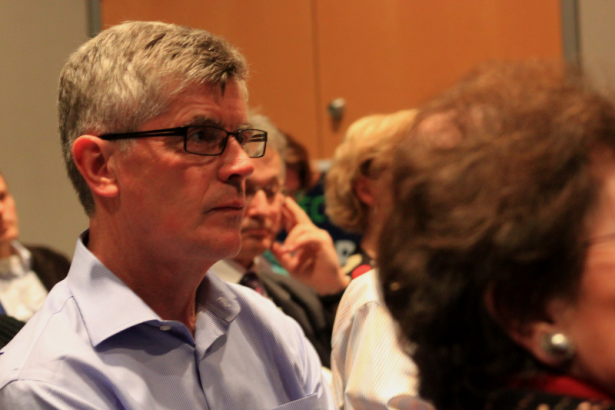 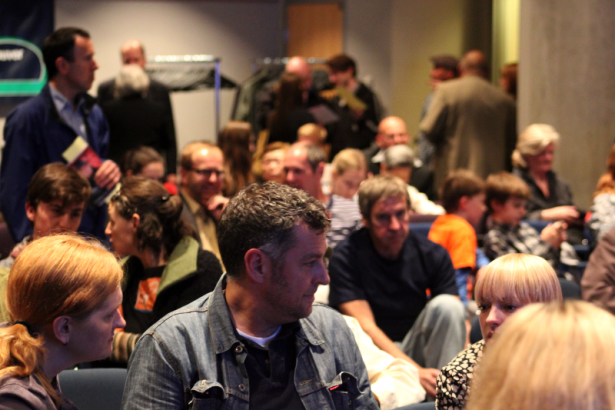 The meeting focused on the party's efforts to keep the city "progressive" and "green."

Mayor Gregor Robertson spoke about the City's effort to meet its 2015 goal to end street poverty. He said the City is working to open permanent, affordable housing, and trying to work with the provincial government to realize this.

Vision Vancouver examines the City's housing affordability with its Task Force on Affordable Housing, which looks at conditions that act as barriers to create more affordable housing in the city.

The mayor also addressed pedestrian safety in the city, and said the party is working to build safe bike lanes. In addition, he said the party has its hands full with transportation issues such as getting better bus service in the city.

Finally, Robertson said the party needs to continue to "fight hard" to ensure the Kinder Morgan pipeline proposal is not passed, because of the risks it poses to the party's green vision of how the Vancouver economy should run. Earlier this month, City passed a resolution against the pipeline, calling for a by-law to be drafted which would make Kinder Morgan financially liable in the event of an oil spill.

"Some say it is a done deal," said Robertson, referring to the council's effort to prevent the pipeline. "But I don't believe that for a second. We've seen some amazing organizing up North on the Enbridge Pipeline. But we have got to organize like that, as well ... We have to ban together and fight that proposal," he said.

Parks Board Chair Constance Barnes spoke about the recent success of the smoking ban in Vancouver's metro parks and the bat houses built in Central Park to reduce mosquitoes levels on public golf courses.

But her main focus was on the effort to market Vancouver's parks, which she called a "product" like no other in the world. Barnes said the board shouldn't rely completely on the City for revenue, which, she said, is why it created a strategic marketing advisory committee to figure out how to get tourists to "open their wallets" when they visit the city.

“We need to take the initiative to start building our own revenue. We have an amazing product," Barnes said.

School Board Chair Patti Bacchus spoke about her board's effort to ensure that public money reaches Vancouver's schools in effective ways without making cuts to the classroom and keeping school activities green oriented.

The school board brought in PricewaterhouseCoopers to find cost savings without affecting classrooms. The company came up with "several million dollar of ways" to find "ways we can sharpen up our purchasing policies and banking without affecting kids," Bacchus said.

Bacchus said that despite a tough budget the school board was able to focus on its priorities to protect services to kids and classrooms.

Bacchus also highlighted Vancouver's September opening of its first aboriginal-focused school at Sir William MacDonald elementary, which will start from Kindergarten to Grade 3.