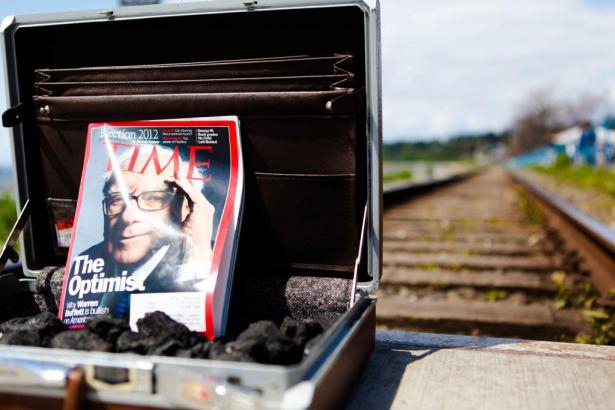 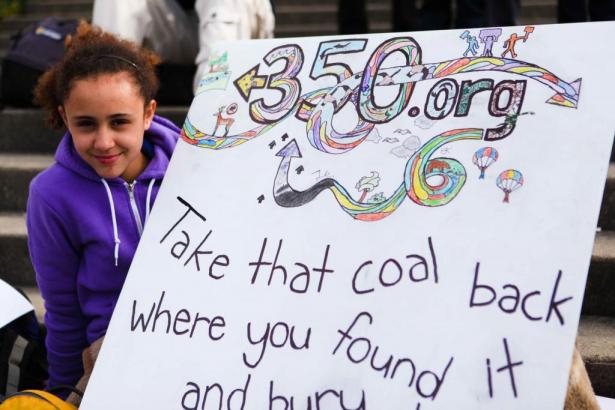 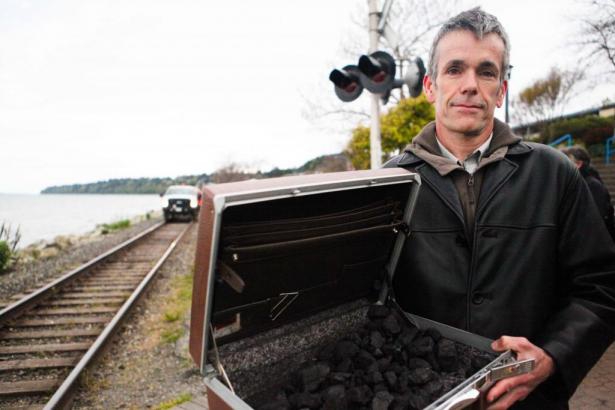 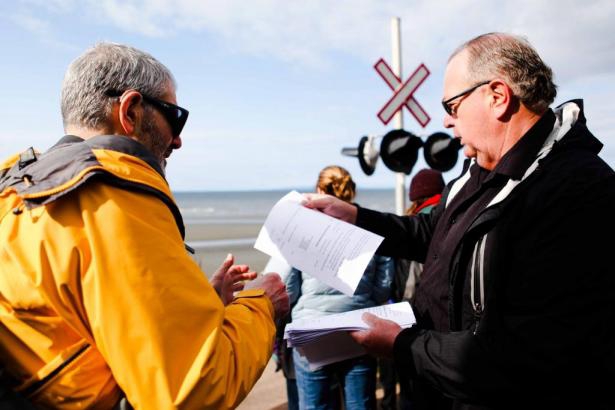 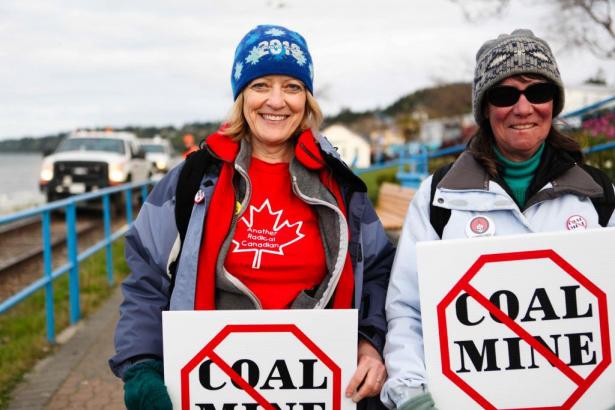 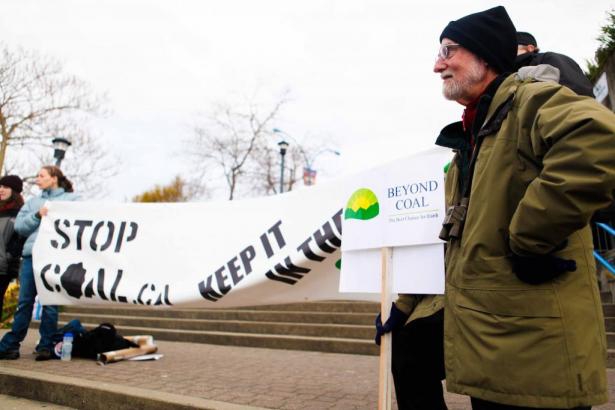 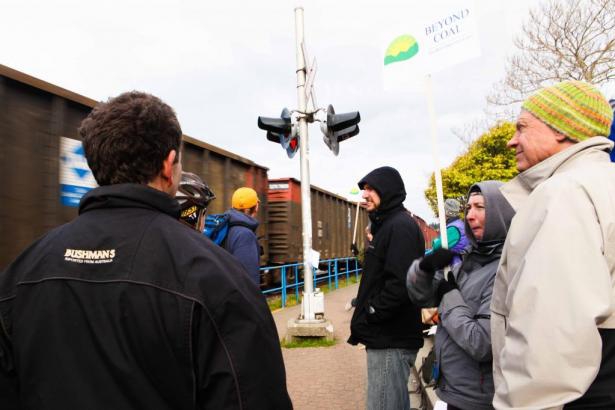 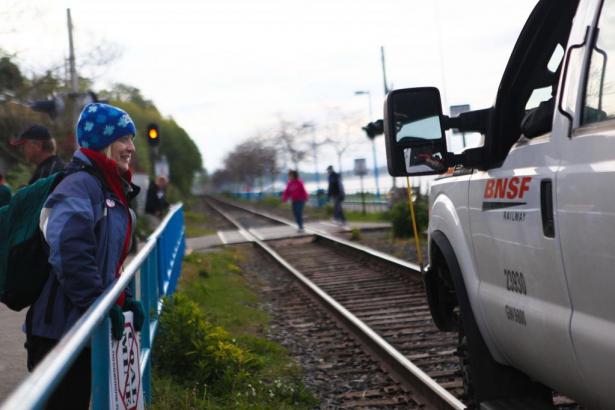 Blockaders collected a briefcase of coal along the railway tracks, but BNSF Railway owner Warren Buffett (pictured on magazine) has not responded to the climate change protest. Photos by David P. Ball

Thirteen activists, including a Nobel Peace Prize winning economist, have been arrested in a coal train blockade, after Burlington Northern Santa Fe (BNSF) was granted a pre-emptive court order.

BNSF, owned by billionaire philanthropist Warren Buffett, served roughly 40 anti-coal blockaders in White Rock with pre-emptive injunctions this morning from the BC Supreme Court, backed up by a dozen RCMP officers who appeared to be helping them serve court orders by identifying leaders of the group.

At 9 a.m., a southbound train, carrying mostly timber, was allowed to pass, and soon afterwards BNSF employees arrived with a dozen RCMP officers, who helped the company identify spokespeople and serve their court order directly to protesters.

"So I'm thinking there's a guy talking on his phone over there," a female RCMP officer told BNSF representative Ken Davis, pointing into the crowd standing to the side of the railway tracks by White Rock Pier, before addressing the group herself. "Good morning everybody. Do you have a spokesman?"

When no spokesperson stepped forward, Davis weaved through the group serving the court order one-by-one. Today's blockade -- which includes "spotters" on the US side of the border to alert of approaching coal trains -- is part of a global day of action against climate change declared by the international group 350.org.

Activists said they are targeting coal shipments of BNSF Railway, which are arriving from the US, to be exported from Vancouver to Asian markets. Organizers said the coal should not be burned, as it will contribute to “irreversible” climate change.

BNSF – which is owned by billionaire Warren Buffett – promotes itself as “a leader in the rail industry for the protection of our air, land and water,” according to the company's website.

“Trespassing on live railroad property is extremely dangerous and can lead to serious injury or death,” BNSF spokesperson Suann Lundsberg told the Vancouver Observer. “It is not the proper forum for any discussion.

“There are other ways for people to express their views that do not endanger the safety of themselves and others. Rail carriers are required to provide rail service on reasonable request by shippers of commodities like coal.”

But one of the railway blockaders said that burning coal – like the Alberta oil sands and other fossil fuels – is an integral cause of climate change and must be stopped.

Former Vancouver City Councillor Fred Bass, participating in the protest, told the Vancouver Observer that he first got involved in the climate change issue on the city's Clouds of Change Task Force in 1989, when he became alarmed about the increase in carbon dioxide emissions. 22 years later, Bass said those early warnings have not been heeded by governments, and time is running out.