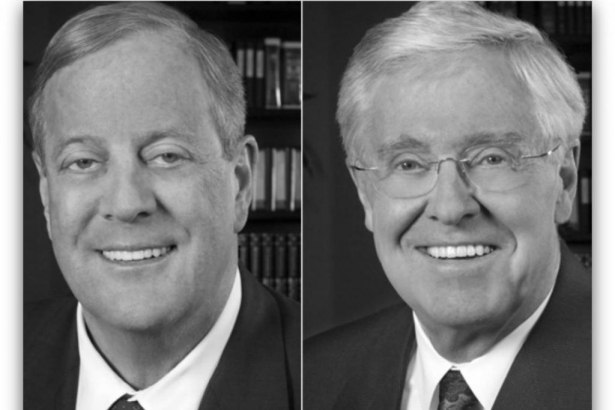 As the Conservative assault continues against Canadian environmental charities, The Vancouver Observer has learned that since 2007, foreign oil billionaires the Koch brothers have donated over half a million dollars to the “charitable” right-wing Fraser Institute. 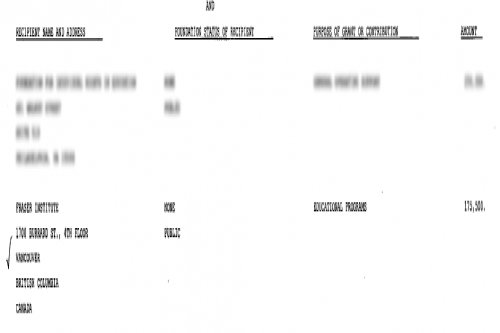 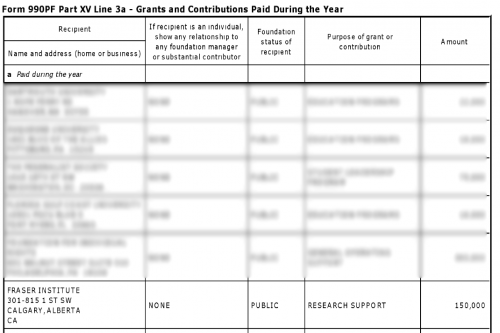 Prior to 2008, the Institute received another $25,000 in funding from the Claude R. Lambe Foundation, which is under the umbrella of Koch Family Foundations.

It has long been known that the ultra-conservative Koch Brothers have been donors for the conservative policy think-tank—though this information is not listed the Institute’s Annual Reports—however, the extent of their funding in the past few years demonstrates the foundation’s more recent influence in Canadian politics.

Grants to the Fraser Institute are also among the highest amounts listed in the Koch Foundation’s tax records; apart from a few substantial grants to American universities, most of the other donations were under $10,000.

The Fraser Institute, described by rabble.ca as “Canada’s most intensely political organization”, is a registered non-profit focused on economic and public policy research. The group’s work is often seen as controversial (which they boast about on the website), and is generally in support of conservative, small-government, free-market values.