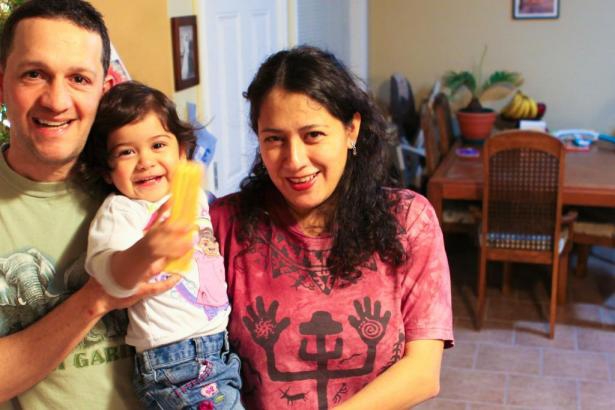 The whistleblower on government corruption, who fled Mexico after she and her family received numerous death threats because of her reporting, was granted permanent residence last week on humanitarian and compassionate grounds.

“I can't believe it yet!” Ramírez told the Vancouver Observer in an exclusive interview. “I've been fighting for this for over four years. I feel cansancio – tiredness.

“It was a hard battle. This is a victory, but not a total one – when you are accepted on humanitarian and compassionate (grounds), you're not a refugee. That was a little bit hard – not to be accepted as a refugee. But I know the most important thing is that I'm here, I'm alive and I'm safe; I was fighting for protection, and I'm getting it.”

Ramírez – who authored a Vancouver-published book exposing corruption in a Mexican government ministry under the pen-name Karla Lottini – said she believes the Canadian government finally accepted that she faced clear new threats to her life if she and her family were deported.

That, combined with roughly 50 support letters from international human rights and journalist organizations – and media coverage of her case – convinced the government to reverse its deportation order, she said. But why her refugee claim was not originally accepted remains a mystery, and one that raises many questions in relation to thousands of other asylum-seekers.

“In some ways, I think maybe they didn't want to admit they made mistakes in reviewing my case (earlier),” she said. “I don't know why they didn't decide that the first time.

“We gathered more and more letters from international media organizations – they were feeling more pressure. Of course, that helped. Maybe they don't want more refugee claimants from Mexico.”

"Rare" for Mexicans to be given refugee status

In an earlier comment from the Immigrant and Refugee Board, the Vancouver Observer was told it is very rare for Mexicans to be granted status – last year, only 17 per cent of cases succeeded, and the number can be as low as 10 per cent. In 2011, an appeal – for pre-removal risk assessment – was also rejected.

Ramírez went public with her family's deportation order after contacting the migrant justice group No One Is Illegal (NOII), which is currently campaigning against Bill C-31, an omnibus law tabled as the “Protecting Canada's Immigration System Act.”

The proposed act would dramatically overhaul Canada's refugee and immigration system, including introducing automatic and indefinite detention of many asylum-seekers and fewer appeals processes for rejected claims, and would make it much more difficult for claimants from countries the government deems “safe,” such as Mexico.

NOII organizer Harsha Walia told the Vancouver Observer that the proposed law will have a harmful impact on many other refugees – particularly from countries such as Mexico, which have extensive trade and diplomatic ties to Canada.

“We're going to be seeing increased deportations to Mexico in particular under Bill C-31,” Walia said. “One of the main things we need to do is to look at the way refugee policy is being changed, and how it's envisioned under the Harper government.

“We don't have a refugee policy – we have a labour exploitation policy. Bill C-31 makes it harder to claim refugee status in Canada and makes refugee status conditional. This is part of a trend of making it harder to gain permanent residency; instead, we have an increase in temporary foreign workers. Ensuring that refugees are able to claim asylum in Canada means exposing and fighting this ideological shift.”