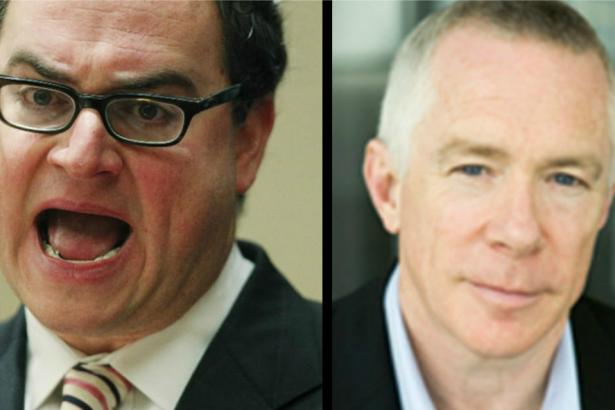 “People like Mr. Levant and critics of the environmental and charitable sector are confusing allowable political activity – as defined by the Canada Revenue Agency – with advocacy,” he said. “In the press, people tend to use those terms interchangeably, when they're clearly not the same.

Tides Canada's director reiterated that Tides Canada operates within Canadian law in disbursing donations to other registered charitable organizations, and is legally distinct from its U.S. counterpart – facts he added have been grossly distorted by Sun News Network.

In a March 17 column published in Sun newspapers across the country, Levant, author of the book, "Ethical Oil," said Tides was engaged in “scrubbing the identity of the donor, giving him a tax receipt, and passing the money on to a non-charity” in relation to anti-pipeline and anti-oilsands activism.

“As to the CRA regulations, I do not take Tides' excuses at face value,” Levant told the Vancouver Observer yesterday. “They're money-launderers – renting out their charitable number to any anti-oilsands political group, and granting their donors anonymity. They believe in opaqueness, not transparency.

“It's an abuse of our Canadian tax laws.”

According to Canada's Proceeds of Crime (Money Laundering) and Terrorist Financing Act, as well as the Criminal Code, money laundering is the crime of knowingly concealing, transferring or converting money or property obtained through a criminal offence; it carries a maximum prison sentence of 10 years.

And while Levant's comments might be dismissed as pure showmanship on the rhetorical playing field of media organizations like Sun News Network, for organizations like Tides Canada and the non-profits they support (such as ForestEthics), the allegations are repressive and might create a chill on legitimate advocacy, McMillan warned.

“Some charities will conduct a tremendous amount of advocating – I'm not sure the Ezra Levants of the world will understand that, but they are in full compliance,” he said.

“We track all of our allowable political activity on an ongoing basis. . . We report on it annually in our tax returns."

The former disburses donations only to registered Canadian charities on behalf of donors; those charities are already barred from spending more than 10 per cent of their budget on political activities, and only non-partisan ones that are part of their overall goals. The Initiatives component also follows those laws, McMillan said.

Charities are legally allowed to support or oppose policy, but cannot endorse a political party.

“Clearly, partisan politics is off limits for any registered charity, full stop," he said. "Beyond that, there's nothing stopping charities from advocating a different approach to climate change, or to argue corporations should be better corporate citizens and increase their focus on environmental protection. Thats not political activity – that's advocacy for environmental or social justice causes.”

It is not only Sun media chain commentators like Levant who have associated Tides Canada with its California-based counterpart, or suggested laws are being broken in the case of oilsands funding.