The NDP leadership race comes to a head this weekend. Many NDP party members have already cast their ballots - in advance polls, they rank candidates in order of preference. The Vancouver Observer spoke with Northern BC hopeful Nathan Cullen, who has called for electoral cooperation in the upcoming elections to topple the Harper government. 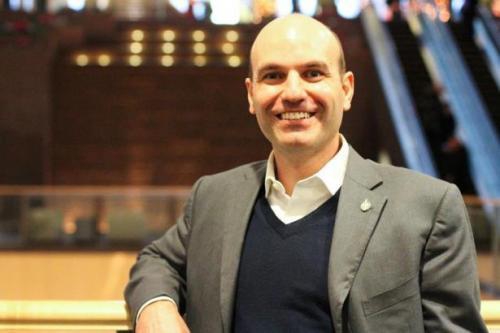 NATHAN CULLEN: I'm feeling good. It's been an exciting ride – we've been defying some peoples' expectations, and having a good time doing it. We've run the campaign how we wanted to, which is rare in political life. I've been having a good time. It's an honour to be in the conversation. It's been way more enjoyable that people said it would be.

NC: (Laughs heartily). The funniest, most bizarre moment? I had to follow a singing wiener dog on stage in Nova Scotia. That dog – it was a really hard act to follow. (I was warned), 'Never follow kids or animals on stage.' When that dog sang, I thought, “Oh my God, really?" But it all worked out in the end.

VO: How do you respond the claim made in the last debate that electoral cooperation between political parties would not work – because Elections Canada would penalize the NDP for not running a full slate of candidates across the country? Is that true?

NC: It's a total red herring. First of all, it assumes we're not going to win the joint nomination meetings. Secondly, we'd spend less (because of not running a full slate). People who are not supportive of the idea are realizing there's support for this – so they're finding other reasons to oppose it. I believe in speaking the truth. It's easy to say you want to do politics differently – it's another to propose something. We were told we couldn't get the party to rise to the occasion. Apparently, that's not the case.

VO: What will you do after the NDP Leadership convention?

NC: That depends on what happens on Saturday. It'll be busy either way, I suspect. Either way, the next step – whether I win or not – is to consolidate the group. There's been some tension lately (between candidates' camps). I want to be part of helping resolve that.

Saturday, the remaining voters will vote in run-off voting rounds throughout the day online. In this system, even second-tier campaigns can get a last-minute boost based on voters' second choices, so Saturday is sure to be exhilarating - and possibly even surprising for the New Democrats.