As an associate of neo-Nazi group Blood and Honour returned to court yesterday, police detectives give VO an exclusive glimpse inside their battle against hate crimes in BC. They say racist hate crimes are made possible by public apathy. 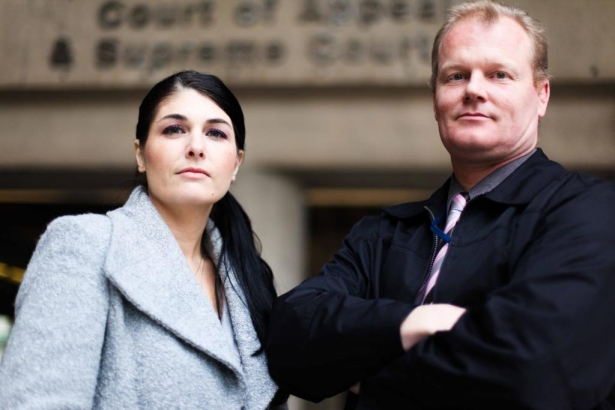 It's still unclear whether a Filipino man from New Westminster – sleeping on a white couch at Commercial and 5th just before midnight on Oct. 10, 2009 – woke up when three neo-Nazis poured flammable liquid on him, or after they lit him on fire. The 26-year-old man escaped with burn injuries, tearing his flaming shirt off as he ran.

We do know, however, that a black man had the courage to help, only to get beaten himself and taunted for his skin colour, according to witnesses, in a white supremacist case that has police and activists worried and searching for answers as we approach the International Day for the Elimination of Racial Discrimination on Wednesday.

“Hate crimes and racist activities affect communities throughout British Columbia,” Det. Cst. Terry Wilson, head of the BC Hate Crimes Team, told the Vancouver Observer over coffee near the B.C. law courts, on the recent attacks by Neo-Nazi groups on visible minorities. “It's not a wave of crime, but it happens everywhere in the province.

“Apathy or silence is condoning it. To have people in a community that are silent about stuff that's going on around their community, then they're condoning the offender to continue doing it.”

Wilson joined the team in 2009, only a month after the Commercial Drive attack, but the respected investigator has been working hate crimes cases since 1995. His partner, RCMP Corp. Normandie Levas, applied for a position in the unit after being impressed with Wilson's presentation in a policing class. The two plainclothes detectives take on cases from across the province, and get involved in Vancouver files where white supremacist groups are suspected.

Last year, their unit – the only integrated force of its kind in Canada, weaving together RCMP and municipal investigators – reviewed its outstanding files. In December, Wilson and Levas announced assault charges against three alleged neo-Nazis with the white supremacist group Blood and Honour.

The men were later confirmed to be associates of the group in emails hacked by the group Anonymous earlier this year, and they have been documented with the group's merchandise. Charges have not, however, been proven, and membership in a white supremacist organization is not illegal in Canada.

Yesterday one of the men accused of the Filipino assault, Robertson De Chazal, 26, faced a judge in court, who set his trial date for Jan. 28-30, 2013. De Chazal's co-accused in that attack, Alastair Miller, 21, is in court April 2. Both he and De Chazal are also charged with another Sept. 13, 2009 assault on a black man.

When the Vancouver Observer sat down with three of B.C.'s top hate crimes detectives, all were hesitant to discuss ongoing investigations, or how the Blood and Honour case came together. But media accounts and court documents paint the picture as more incidents soon became part of the investigation.

Beaten bloody on the street

On July 24, 2010, an Aboriginal woman and her Hispanic boyfriend were walking past the same East Vancouver intersection of the burning incident nine months before, when they were assaulted – police alleged the assailant was Blood and Honour's reported ringleader, Shawn MacDonald, 40. He faces trial Feb. 20-22, 2013.

But the attacks on people of colour don't stop there. Saqi Mohamed was pursued, headbutted and beaten bloody and unconscious in the middle of Commercial Drive in 2009. He's sure his attacker was De Chazal, he told CBC News, and that his motives were racist. Mohamed will be testifying in the Blood and Honour case.

“They beat me up and just left me there in the middle of the street,” Mohamed said. “I think they attacked me because of my skin colour.”

Then there is the assault on Papi Ngoqo, a South African man living in Vancouver. He was brutally beaten in front of a CBC videographer on Dec. 12, 2008, near Oak and King Edward – allegedly by MacDonald.

With the battle against racism heating up in Vancouver, three detectives took the Vancouver Observer inside the work of the Vancouver Police Department (VPD)'s hate crimes unit, and the BC Hate Crimes Team.

It was the police's announcement last December that mobilized community organizations to act. In the months since, groups like No One Is Illegal, the Filipino Canadian Youth Alliance and the Indigenous Action Movement have staged demonstrations outside court hearings. Yesterday, they marked International Day to Eliminate Racial Discrimination early – with a 400-strong march against racism down Commercial Drive, where many attacks took place, decrying the slow police response and what they describe as systemic racism in the Canada.