Speaking to press at the downtown Woodward’s building, the NDP leadership frontrunner announced his party’s plan to prioritize affordable housing. 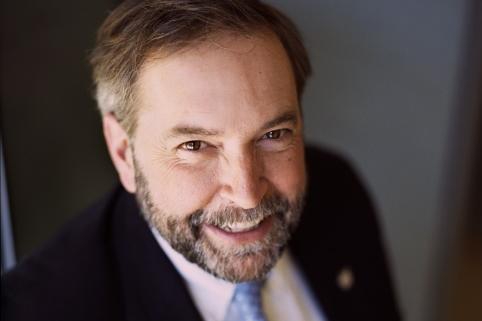 At a press conference this morning in the Woodward’s building, NDP leadership candidate Thomas Mulcair announced his party’s new strategy to deliver affordable housing to Canadians.

According to Mulcair, the NDP plan will help address the country’s “affordable housing crisis” by working with provinces and with the Canadian Mortgage and Housing Corporation (CMHC) to develop more new housing and offer a rental housing loan program.

“Across Canada, we’re several hundred thousand housing units shy of what we need to have everyone in affordable housing,” said Mulcair.

Mulcair said the strategy includes work in two major areas: building more co-op housing through increased investment in the CMHC, and providing funding for new rental housing construction with a low-cost loan program that will inject funds into the housing sector.

“The federal government has simply abandoned the issue of housing across Canada, that’s why there’s such a crying need.

"We’re one of the wealthiest countries in the world and  yet we still have lots of people who are not able to find decent affordable housing.”

Today’s announcement was Mulcair’s second appearance in the Woodward’s building this week, after a town hall event for his leadership campaign Monday night.