New data from Gallup shows that more Americans identify as conservative than liberal, but despite a Conservative majority in Parliament, Canadians may not be following the same trend. 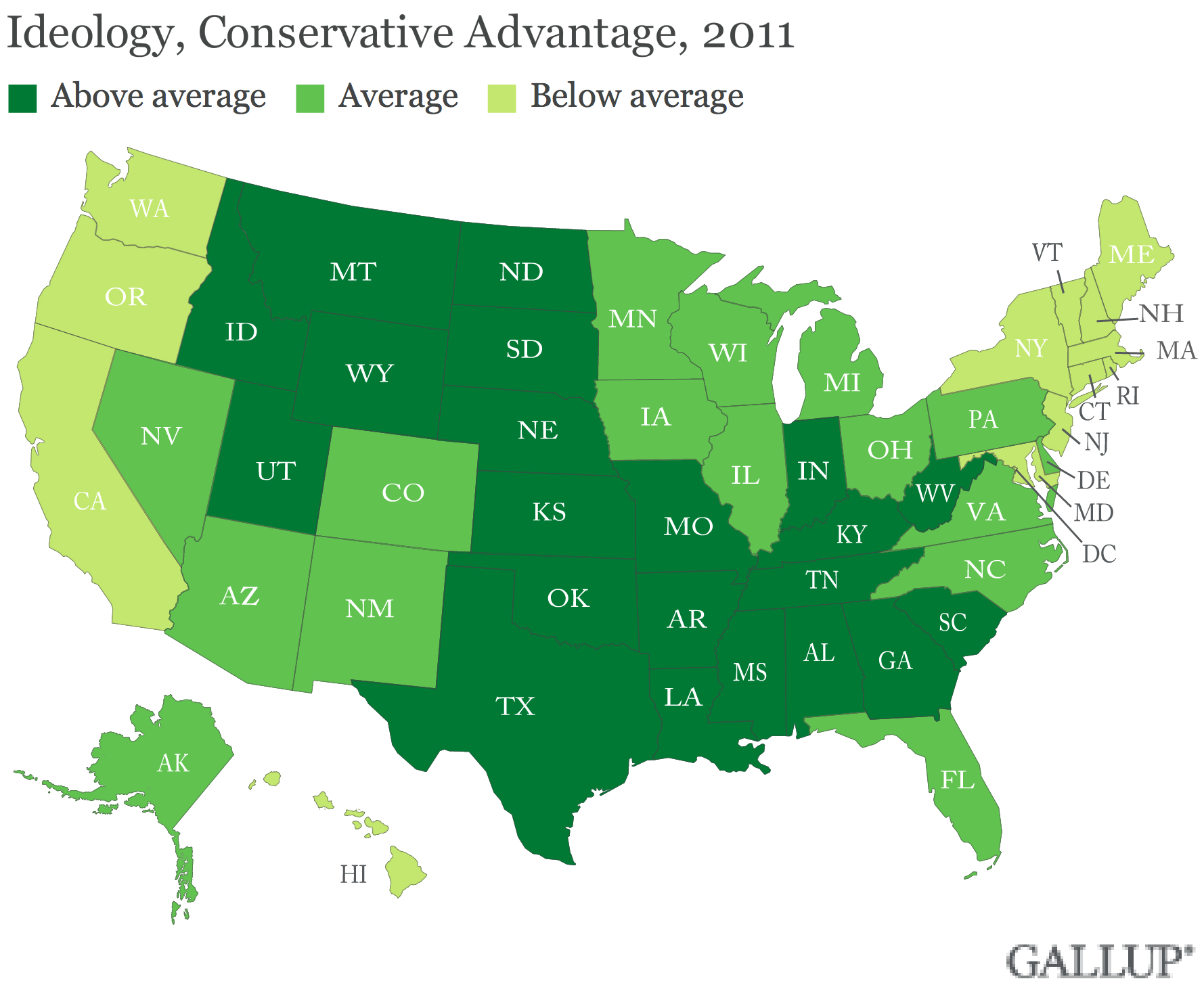 On a map released alongside Gallup’s survey results, ideologies across the United States are shown to follow what many consider a “traditional” pattern—liberals are more highly represented on East and West Coasts, and conservatives dominate in the Midwest, Southern and Western states. According to this year’s new information, the number of states with predominantly conservative leanings has increased from five to 17 since 2008.

With Republican presidential candidates in the midst of a well-publicized primary race, America appears to be shifting further and further to the right. But what about in Canada?

Despite the fact that 61 per cent of Canadians voted against Conservative Prime Minister Stephen Harper last May, a post-election results map on the CBC website shows huge chunks of the country painted blue. It does appear that liberal leanings are stronger on the East and West Coasts, but the geographic divisions aren’t as clear-cut as they seem in the States.

Liberals have governed in Canada for almost three quarters of the country’s history. Now, there’s been a clear attempt by the current Tory government to move the discourse in a different direction. For example, new public safety legislation reveals an aggressive tough-on-crime approach, and conservative fiscal policy has been touted as Canada’s saviour in surviving the economic crisis. There has also been a significant effort to reconnect Canada to the British monarchy—a reminder to citizens about authority and traditional values.

With a Conservative majority in Parliament, there’s no question about where our government stands on the political spectrum. The real question is whether or not the majority of citizens agree with them.

So what do you think – is Canada becoming more conservative?