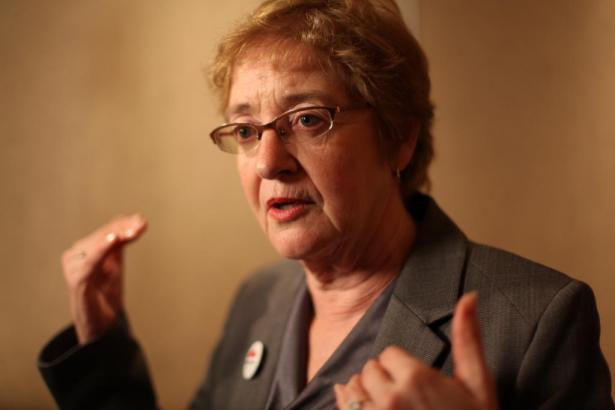 The health care discussions by premiers in Canada is about more than about just funding, Council of Canadians national chairperson Maude Barlow warns. It's about the very future of public health care in Canada itself.

“We have to get the story to the Canadian people,” she said. “A lot of people don't actually realize that what this means, if the government does this, is the end of a federal role in medicare.”

For decades, Barlow has been a well-known Canadian advocate and commentator – on everything from stopping free trade agreements to declaring access to water a human right.

But public health care has always been one of the 64-year old activist's hot-button issues.

The veteran national chairperson of the 100,000-member strong council, sporting a “Medicare” button on her grey suit jacket – sat down with the Vancouver Observer outside a pivotal meeting of the country's provincial and territorial leaders, who are deliberating on a new national health accord as the current one expires in 2014.

“We're looking at either extending, deepening, recommitting to our health care system, or perhaps the beginning of the end of it,” she told the VO. “Canadians need to know those are the stakes here.

“Stephen Harper has never liked public health care, he's always said it belongs to the provinces, its their responsibility. He would go totally private, I'm convinced, if he could. But he can't, because 94 per cent of us think the private system is not the one for us. He can't do it through the front door – he has to do it by pulling the rug out from under the provinces and let them do the dirty work.”

Barlow said she was surprised and pleased that even B.C.'s premier, Christy Clark, who had initially praised the federal Conservatives, changed course and announced the premiers were unanimously opposed to finance minister Jim Flaherty's unilateral decision to change Canada's health funding formula.

“The one thing we've been saying is we need to have an agreement with all the premiers – we want to have one unanimous front,” Barlow said. “We were really nervous that wouldn't happen.

“We're pleased they've taken this first step – but we're hoping they'll up the ante if they have to.”

So what, exactly, would upping the ante look like? For Barlow, a confrontation with the Conservatives seems at this point inevitable. Premier Clark said she believes Prime Minister Stephen Harper can be convinced to back down. But will the premiers' unity hold out to the bitter end?

“I think there's going to be confrontation needed before this is over,” Barlow said. “Let's remember that Stephen Harper and Jim Flaherty acted in a unilateral way in destroying a tradition of negotiation, and bringing in this unilateral statement.

“If you want to talk about confrontation, they started a confrontation that is now going to have to escalate.”

And the Council of Canadians believes that Harper can be forced back to the table – but it won't just take consensus among the premiers. Citizens, Barlow argued, need to get involved in pushing their leaders to support medicare.

“It's clear from the polls – whether they're left, right or centre – Canadians actually want (our leaders) to support health care,” she said. “The prime minister has said this is done, but there's no such thing as a done deal.

“All of the premiers – and the extreme majority of Canadians – don't want this. He's going to have to listen.”

Barlow – who has authored numerous books, including Blue Gold, on the global water crisis – won the Right Livelihood Award (the "alternative Nobel prize") in 2005. Barlow became a house-hold name after the National Film Board featured her in its 1998 documentary, Democracy à la Maude – at the height of Barlow and other activists' successful campaign to fight the Multilateral Agreement on Investment (MAI).