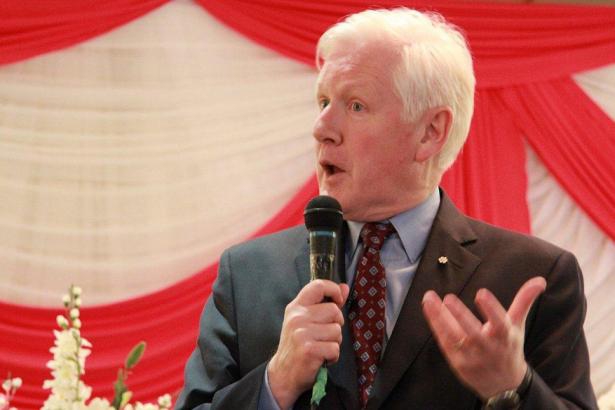 When rumours spread of a surprise Liberal Party of Canada announcement today, many suspected it would be a floor-crossing from the New Democrats.

Those rumours were correct: interim Liberal leader Bob Rae (himself a refugee from the NDP) revealed this morning that NDP member of parliament Lise St-Denis - from former Liberal PM Jean Chretien's St-Maurice-Champlain riding - had joined his party. The Liberals are still far behind the NDP with only 35 seats in Ottawa, compared to the NDP's now 102.

St-Denis - who had backed Liberal-turned-NDP MP Thomas Mulcair in his quest for leadership of the New Democrats - did not give specifics of her reasons to abandon the NDP, except to say it was after "weeks" of deliberation and seeing the Liberals performance in the House of Commons.

“The rebuilding of the Liberal Party of Canada depends on people like Ms. St-Denis who have the courage of their convictions,” Mr. Rae revealed in a statement, “and who join our fight against a Conservative government rooted in rigid and dangerous ideology.”

St-Denis, a former French teacher, won her seat in the most recent election with 39 per cent of the vote.

With files for The Canadian Press.