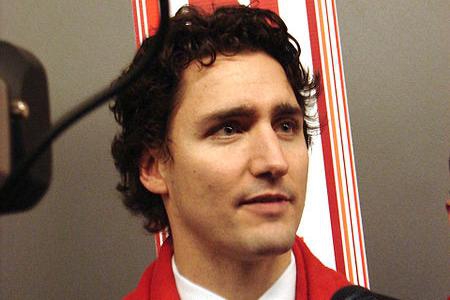 The late former prime minister Pierre Trudeau once found himself accused of telling a fellow MP in the House of Commons to "f** off" -- a claim that the colourful politican denied. He only really mouthed the words "fuddle duddle,'' he insisted.

But an angry outburst during question period in the House by his son Justin Trudeau, now a Montreal MP, left no room for confusion.

Trudeau, a Liberal, could be heard quite clearly calling Environment Minister Peter Kent a "piece of (expletive)'' -- prompting a momentary uproar in the chamber where such language is considered unacceptable.

Kent had just finished dismissing NDP environment critic Megan Leslie as ill-informed on a recent climate-change conference because she hadn't been there.

In fact, the government had barred opposition MPs from being part of Canada's official delegation. So Kent's argument rubbed Trudeau the wrong way.

"I lost my temper and used language that was most decidedly unparliamentary, and for that I unreservedly apologize and withdraw my remarks,'' he said.

As for Kent, he insisted he wasn't troubled by the language, but he did ask Trudeau to apologize to the House.

The exchange capped a foul-mouthed season on Parliament Hill.

New Democrat MP Pat Martin recently cut loose with bad language on Twitter when the government moved in to cap debate on its budget bill. And acting Liberal leader Bob Rae swore in response to a negative tweet by another Liberal.