Republican senators fight back against pipeline delays - but will their attempts have any impact? 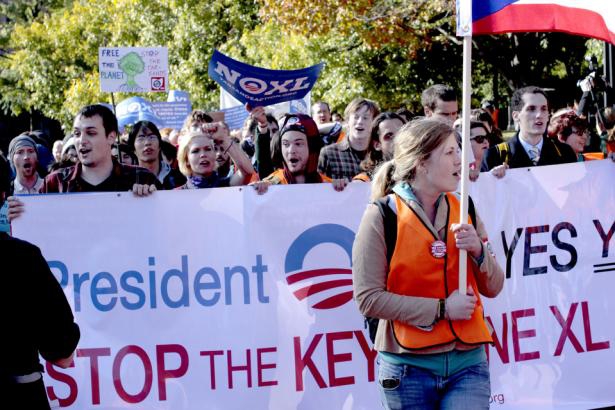 Republican senators in the United States introduced a bill today that, if enacted, would force President Barack Obama to approve the proposed Keystone XL pipeline within 60 days. But local commentators here in Vancouver say this “political exercise” is not likely to have much of an impact.

“It’s a very common thing for members of congress to introduce legislation to call attention to an issue politically, to embarrass the other party or the President. But in this case, it’s not likely to result in legislative action,” said George Hoberg, a UBC professor studying Canadian and US environmental policy.

“It is further indication that Republicans are really strongly in support of the pipeline," he said, "but we already knew that.”

This morning, Senators Mitch McConnell, Dick Lugar and other supporters gathered to announce the North America Energy Security Act, as a way to expedite the review process and begin construction on the $7 billion TransCanada pipeline project.

Earlier this month, after intense public opposition to the project, Obama announced his decision to delay Keystone XL and subject the proposal to further review. This delay could give the President up to 18 months of leeway before granting final approval – limiting the impact of his decision on the 2012 elections.

The senators’ new legislation hinges on two main talking points that Keystone XL has relied on throughout its three-year approval process – energy security and job creation.

"With all the talk about jobs, we know there's one major shovel-ready project ready to go, and that's Keystone. If the administration would get out of the way, this project would create jobs immediately — lots of jobs," McConnell said during this morning’s press conference.

Hoberg said the jobs argument may be the best case that Keystone has going for it, but recent flip-flopping on numbers has made it much weaker.

“The numbers that TransCanada has presented have been shown to be gross exaggerations,” he said.

While some early industry estimates claimed Keystone would provide a staggering 119,000 direct and indirect jobs, TransCanada’s own figures (repeated in today’s legislation) claim to create only 20,000. The company’s CEO Russ Girling has also admitted that the real job count is closer to 6,500 – and another report out of Cornell University stated that Keystone XL would create no more than 2,500 to 4,650 new jobs.

Shauna Sylvester, executive director of SFU’s Carbon Talks, pointed out that for Canada, exporting raw bitumen through the Keystone project would actually result in significant job losses in domestic refineries and other oil-related industries.

“Every time Canada exports 400,000 barrels of raw bitumen, we’re putting out about $18,000 in government subsidies to another country to help them develop their jobs,” she said.

Sylvester also noted that the suggested time frame of 60 days to make a decision would be essentially impossible, given some of the reasons for the delay. She said the pledge from Nebraska to consult with communities and develop a new route for the pipeline makes a 60-day limit unrealistic.

“The US government has already said they can’t do that in less than a year,” said Sylvester.

The House Energy and Commerce Committee will hold a hearing to address the Senators’ legislation on December 2.