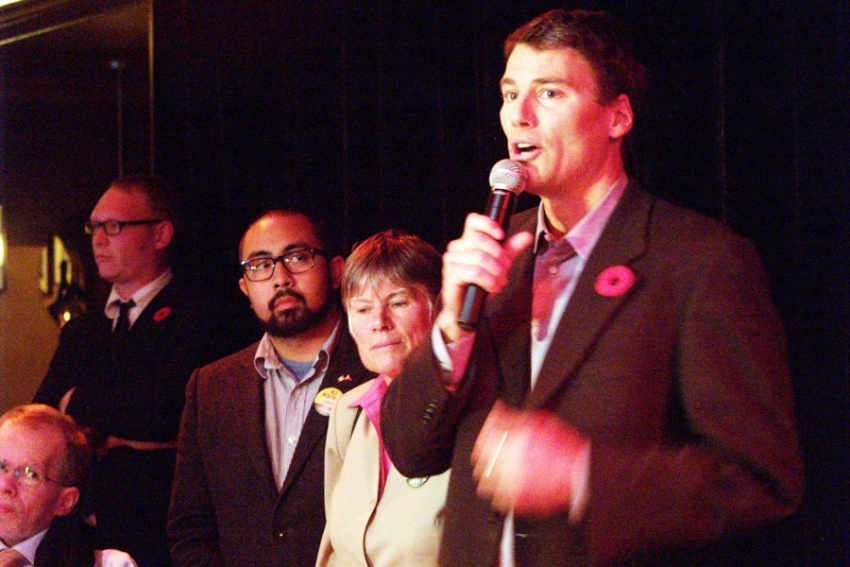 2011 Vancouver Municipal Election: On Saturday night, when Marcus Youssef walked into his party's civic campaign office, it was stuffed to the brim with supporters, drinking, making speeches, mingling. Was this Vision's massive election blow-out at the Sheraton? NPA's Fairmont rally?

“It was a shitty campaign office next to whatever's pizzeria at Fraser and Broadway, and it was packed,” Youssef told the Vancouver Observer. Youssef is the co-chair of the Coalition of Progressive Electors (COPE), a 40-year old party reduced from its 2002 sweep to a single school board seat on Saturday.

“Obviously the mood changed over the course of the evening,” he said. “We were a little surprised. But that's politics, right? Winners and losers. It turns -- and you never know when it's going to turn.”

With COPE pushed out of council entirely – replaced by two Non-Partisan Association (NPA) candidates and the Green Party's Adriane Carr – many are asking what went wrong on November 19, especially since the Vancouver's historic progressive party had signed an electoral alliance with Vision Vancouver, the clear victor on all levels.

A small budget
“We ran a campaign with $300,000,” Youssef said. “The only way to elect candidates – unless you're Adriane Carr, and barely, with her name recognition – is with millions of dollars.”

“We need electoral reform, we need wards, and we need campaign finance reform. We are the Wild West as far as municipal electoral regulations.”

Compare COPE's estimated $300,000 to the NPA and Vision's estimated $2.5 million campaign budgets, and it's easy to see how a small party like COPE would have a tough time getting a word in edgewise. B.C. has no spending or contribution limits for municipal elections.