More and more MPs uneasy with Harper's decision to continue exporting asbestos. And they don't mind letting the world know. 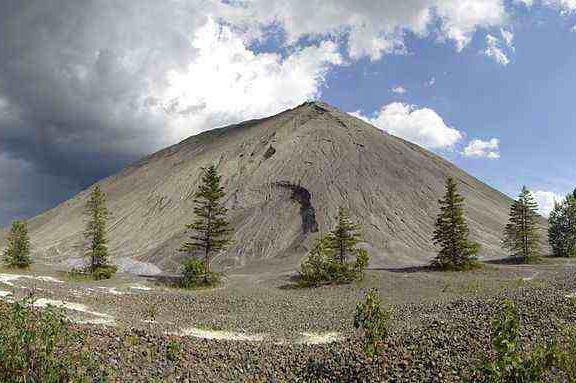 The legendary Tory parliamentary solidarity of the past several years has sprung a suprising crack, it appears. More and more MPs in the newly won majority government seem increasingly unhappy with Prime Minister Stephen Harper's position on the export of asbestos -- and they don't appear shy about letting their discomfort be known.

A growing number of Conservative MPs are questioning their government's position on the export of asbestos, with a group of them independently summoning industry experts to a meeting on Parliament Hill last week.

Solid caucus discipline has been one of Stephen Harper's political achievements over six years in power. While open revolt over asbestos hasn't erupted, clear faultlines over government resistance to having the substance listed as hazardous internationally suggest the prime minister may be forced to deal with a rare case of internal dissent.

The first public cracks in the Conservative party line came on Nov. 1, when five Tory MPs broke ranks and abstained from an NDP vote that would have banned asbestos exports.

That was followed last Monday with a private Parliament Hill meeting that saw about a dozen Conservative parliamentarians ask some pointed questions of the Chrysotile Institute and industry scientists over several hours.

British Columbia MP Mark Warawa, who has expressed his concerns about asbestos in the past, organized the meeting. He said in an interview that he is simply looking for more facts.

Industry critics say it's laughable to expect top-notch safety standards in the poorer countries that import the substance. Warawa said he wants more clarity on those workplace conditions.

"Chrysotile asbestos can be handled in a safe manner. The question is: is it? That's what I'm looking into,'' he said.

"I think that's been the continuing message of our government, that it can be handled in a safe manner,'' said Warawa, noting that asbestos is still used safely in Canada in some products.

Alberta Conservative MP Jim Hillyer also attended the meeting. He said he abstained from the Commons vote a few weeks ago for personal reasons _ he suffered from leukemia as a younger man. Regular, unprotected exposure to asbestos fibres has been linked to lung diseases including cancer.

"We ask questions so that we can make decisions that we feel are in the best interest of Canada, so it certainly wasn't a love-fest where we were making strategies with the asbestos industry or the chrysotile industry,'' said Hillyer.

"But at the same time we weren't there to attack them and lambaste them, we were just there to get some information.''

Other Conservative MPs who were not at the meeting have told The Canadian Press they too are uneasy with the current position on asbestos. One Tory, who spoke on condition of anonymity, said some of his colleagues might have voted for the recent NDP motion if had been worded more narrowly and had actually been binding on government.

"I think there's people who want to see some action taken on this,'' said the MP.

Bernard Coulombe, president of Quebec's Jeffrey asbestos mine, said he was given a full report about the Tory meeting by someone in attendance. Coulombe, who declined to reveal his source at the session, said he was told that Chrysotile Institute president Clement Godbout and a few scientists spoke to the parliamentarians.

"I don't know what the outcome (of the meeting) will be, but these MPs asked questions like, 'Why does our government, or our party, continue to support the exploitation and the export of chrysotile if it's this dangerous?' '' Coulombe said in an interview from the mine in Asbestos, Que.

"The Conservative party MPs wanted to learn more because they were ill at ease that their government supports a Canadian industrial mineral... that they didn't know anything about.

"They wanted to know what the heck it is.''

Coulombe, who like other industry supporters has long maintained that chrysotile asbestos can be used safely, said he was informed the meeting was "very positive.''

He said the panellists told MPs that Canada's modern chrysotile asbestos mines are safe for workers and the substance's hazardous fibres can be securely bonded into products like cement.

A spokesman in the Prime Minister's Office confirmed that a meeting on asbestos took place. But he indicated the government's position on the fibrous material has not changed.

Harper himself emphasized his party's support for Canada's asbestos industry on a visit to the asbestos heartland in Quebec during the last federal election campaign.

An operation in Thetford Mines has closed indefinitely and the Jeffrey Mine in the town of Asbestos is waiting to hear if the Quebec government will give it a $58-million bank-loan guarantee to extend its life for at least another 25 years.

The angst over the government's position began in earnest last summer, when the Conservative government blocked efforts to have asbestos listed in a United Nations treaty _ the Rotterdam convention _ that would declare it a hazardous chemical. Such a declaration would require exporting countries to include health warnings when they ship the product.

Earlier this month, the Australian Senate passed a motion expressing disappointment with Canada's position and urging Canberra to apply diplomatic pressure on Ottawa.

A prominent anti-asbestos activist interpreted last week's meeting as a positive sign of mounting divisions within the Conservative caucus on the issue.

"(The asbestos sellers) have lost all the scientific battles and they're losing the political battle,'' said Kathleen Ruff, one of the asbestos industry's harshest critics.

But Ruff questioned the credibility of the meeting's information session, which featured a presentation by Godbout, the top lobbyist for the industry.

She compared it to getting facts about the dangers of smoking from tobacco companies.

"I'd say it's the opposite of a fact-finding mission,'' said Ruff, noting that chrysotile has been declared a major health risk by numerous doctors and reputable groups like the World Health Organization, the Canadian Cancer Society and the Canadian Medical Association.