When voting in the municipal election, mind your ABCs

2011 Vancouver municipal elections: Voters overwhelmed with an abundance of choice tend to favour the first names presented to them. Could being first on the ballot make a difference in Vancouver’s Nov. 19 showdown? 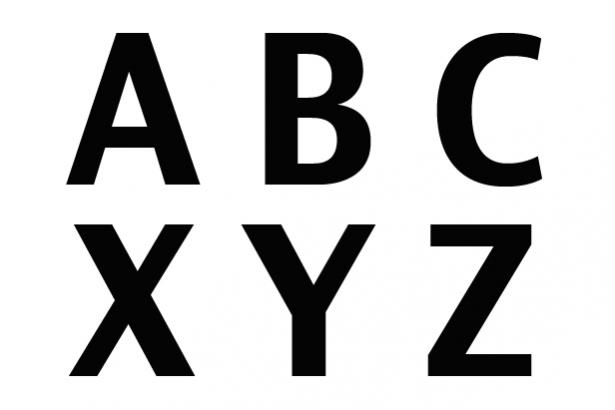 When you’re presented with your Vancouver 2011 ballot, the names of 12 mayoral candidates, 41 aspiring councillors, 21 park board hopefuls and 20 school trustees will be about as familiar to you as the President of Azerbaijan.

If you are a longtime Vancouver resident you might recognize four or five of these names. If you’re a super keener, a journalist or a candidate yourself, you might recognize 10. You might even luck out if you're in the independent music scene and spot Wendythirteen, or, if you’re into dating website controversy, NPA candidate Jason Lamarche.

But if you're the average Vancouverite, chances are you’ll recognize only two or three candidates, most likely the incumbent mayor, his primary opponent and the name of a friend who asked you to come out and vote for them for park board. In this scenario, where name recognition is low, the primacy effect can come in to play – a phenomenon in which a minority of voters, two to three per cent, tend to prefer the first name presented to them on the ballot.

“The difficulty of any candidate is how do you get name recognition,” says Simon Fraser University political science Profe. Patrick Smith.

Rather than candidates being divided up into a series of wards where they run in "ridings" similar to those in provincial and federal elections, contestants are lumped together in one massive democratic pile from which voters must sift 27 names. This means the chances of a voter recognizing more than a handful of names is rare, Smith says. And because Vancouver lists its candidates alphabetically, those blessed with the good fortune of being high up in the alphabet could potentially get a few more tallies their way.

Advertising and community activism are the traditional ways that candidates get their names out there, but for some candidates in the 2011 campaign whose names are at the top of the ballot, a small amount of the name recognition legwork has already been done:

Five of the first 10 listed council candidates on the city's website are from the NPA. One from COPE. One from the Greens. One from the NSV. Two independents. Zero from Vision. And of course the NPA’s Suzanne Anton name will appear first for mayor; independent Darrell Zimmerman, the “Saxmaniac,” will close out the slate.

“The effect is more pronounced the less information there is in the election, which makes municipal elections especially prone to the effects,” says Prof. Richard Johnston of the University of British Columbia, the Canada research chair in public opinion, elections, and representation.

“Primacy is also more visible the larger the number of candidates. So Vancouver may be especially susceptible to such effects, given the general dearth of information and the massive number of names on the council, PB, and VSB ballots. It would be least consequential for the mayoralty [race].”

Those worried that the primacy effect could sway the election one direction or another can take solace knowing that measures have been taken to counter its impact. Since the mid 1990s, candidates in B.C. civic elections are now able to list their party affiliation.

“Now that we have party labeling, [alphabetic] effects will be more marginal,” says Smith.

Voters unfamiliar with a candidate’s moniker will be able to determine a candidate's political affiliation based on their party identification -- a voter aid key in avoiding voter fatigue, Smith says. But still, name-games have played a decisive role in Vancouver politics in the past.

In 2005, COPE mayoral candidate Jim Green lost a tight race to NPA candidate Sam Sullivan by less than 4000 votes. James Green, an unknown independent scooped up third place with 4000 + votes, a number that could have tilted the contest in the former Green’s favour. Smith says that confusion over the dueling Greens may have cost Jim Green 4000 votes as people could have mistakenly voted for the wrong Green.

“I am not aware on any concerns…[but] it’s a common question to be asked around election time,” says City Hall press officer Wendy Stewart of primacy effects.

The alphabetical listing of candidates is set out in City Halls' governing document, the Vancouver Charter, and over the years there hasn’t been significant interest in changing the alphabetical system Stewart says. And while primacy may give the letter A a slight boost, few believe that it gives a significant enough push to impact overall results.

“The impact is not huge buts its there. It’s not going to explain election outcomes,” says Dr. Smith.

Councilors like Ellen Woodsworth can surely attest to that.

To learn more about the primacy effect, click here.