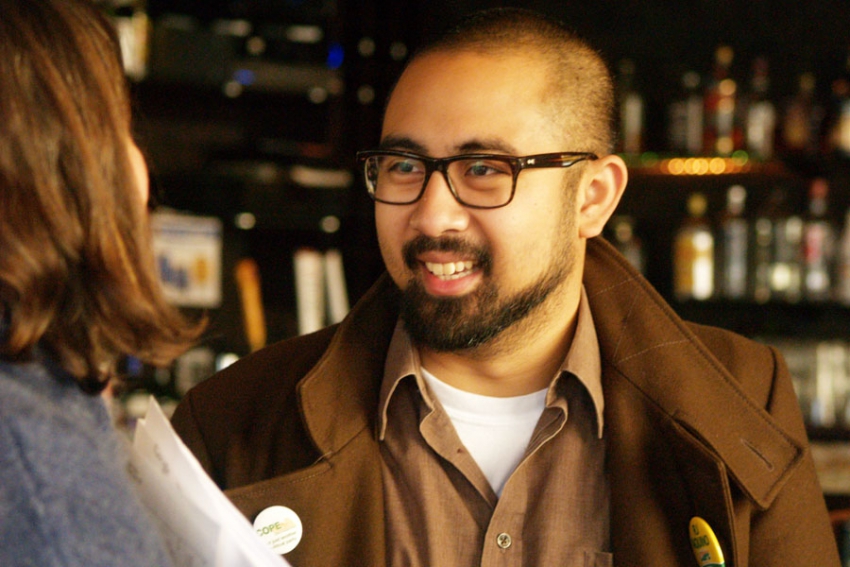 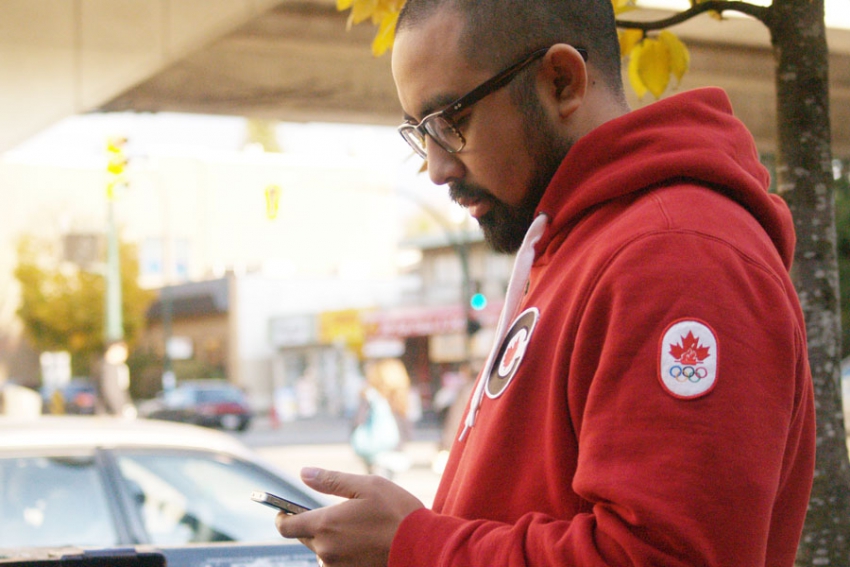 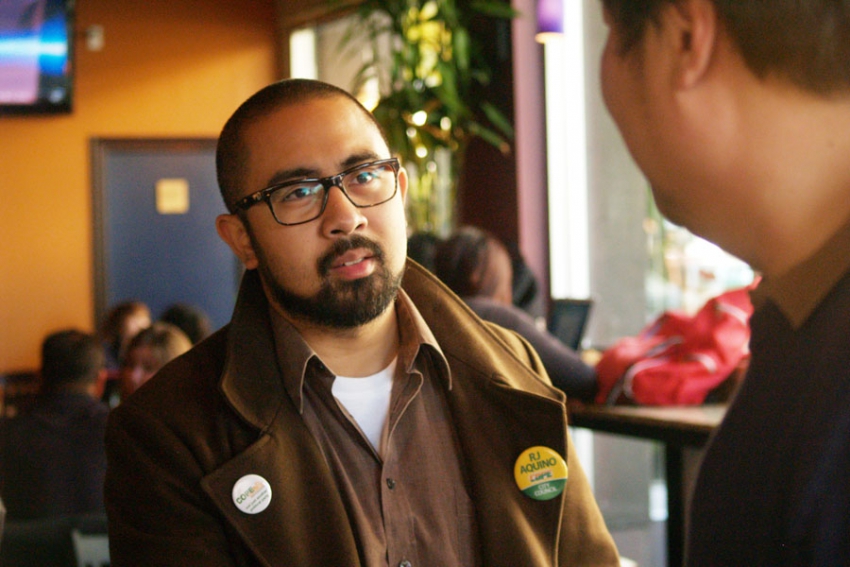 R.J. Aquino, 30, has spent much of the election campaign door-knocking and attending all-candidates debates. Photos by David P. Ball.

Vancouver municipal election 2011: Council candidate R.J. Aquino has a personal connection in this apartment building, so we ignore the ominous NO CANVASSING sign at the entrance, wait to get buzzed in, and finally knock on a door several stories up.

One of Aquino's political mentors, however, disagrees with suggestions that the rookie COPE candidate is a place-holder to attract youth or minority voters. Mable Elmore, who is the first Filipino-Canadian Member of the Legislative Assembly in B.C., pushed Aquino to enter politics and says she has full confidence in his abilities.

“He's a solid person,” she said. “He's a genuine advocate to run in Vancouver -- he's a great candidate and he'll be a terrific councillor.”

“Probably the most important quality candidates should possess is a commitment to be of service to the community -- to work with and advocate on behalf of communities. That's what I encourage in terms of leadership style, and I see that in R.J. having gotten to know him and work with him.”

While Elmore admits that having young candidates of colour – like Aquino -- is important to representing and engaging communities in the political process, she said that leadership qualities far outweigh other considerations.
“It's important to have the communities represented at all levels in terms of inclusiveness and engagement,” she said. “It's an advantage when you have candidates from (many) communities -- but you can't just throw anyone into the mix.”