As court orders maximum fine of $52,000, Liberals ask: Did Tories buy their victory? 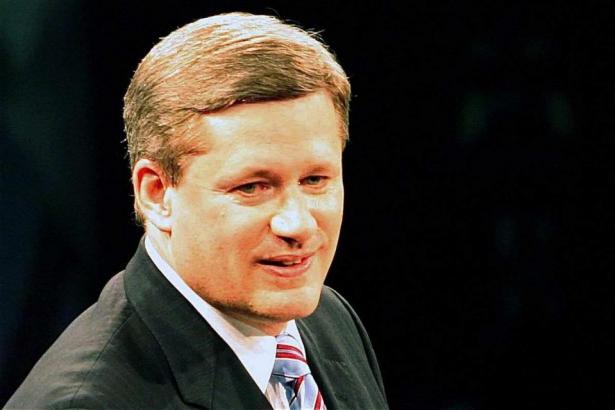 It was a case that dragged on for years amid rumour, speculation and finally formal charges that accused Stephen Harper's Tory party of a financial sleight-of-hand that allowed it to illegally overspend on campaign advertising.

Now, after four years of denying that it broke the rules on election spending during the 2006 campaign, the federal Conservative Party has admitted that it overspent on ads in the vote that brought Harper to power.

On Thursday, the party and its fundraising arm pleaded guilty of spending more than the $18.3-million legal limit and of filing an election return that failed to report all the expenses it incurred.

The court levied the maximum fine possible: $52,000. Tory spokesmen dismissed the whole mess as an "administrative dispute." The NDP said the ruling party had undermined democracy and it demanded an apology; the Liberals called it an "administrative scam" and speculated that Harper's party may have bought him an election.

The Canadian Press has the latest details:

OTTAWA -- The Conservatives are being accused of buying victory in the 2006 election that brought Stephen Harper to power, after pleading guilty Thursday to exceeding their campaign spending limit and failing to report all advertising expenses.

The Conservative party and its fundraising agency both pleaded guilty to two counts of violating the Elections Act and agreed to pay maximum fines totalling $52,000.

In a plea bargain, the party pleaded not guilty to more serious charges of wilfully contravening the act and all charges were dropped against four top party officials who implemented the so-called in-and-out scheme to finance radio and television advertising during the 2006 campaign.

Conservative spokesman Fred DeLorey quickly issued a statement claiming the plea bargain is "a big victory'' for the party in its five-year "administrative dispute'' with Elections Canada over the legality of the in-and-out scheme.

"Every single Conservative accused of wrongdoing has been cleared today,'' DeLorey said.

Under the scheme, Elections Canada maintains the Tory party funnelled money for national ads through 67 local candidates, allowing the party to exceed its spending limit and allowing candidates to claim rebates on expenses they hadn't actually incurred.

In an agreed statement of facts, the Crown and the party essentially agreed to disagree on exactly how far over the spending limit the Tories went. The Crown said it was almost $1.4 million; the Tories said it was just over $563,000.

Opposition parties said Thursday's admission of guilt proves the Tories played fast and loose with the rules in order to eke out a slim minority victory in the 2006 campaign.

"The Conservatives tipped the scales and spent more than legally allowed in an election to get Harper elected,'' said interim NDP leader Nycole Turmel. "That's wrong. It undermines our democracy.''

Interim Liberal leader Bob Rae said the extra money the Tories spent on advertising in the close-fought campaign "may have helped them to buy the election.''